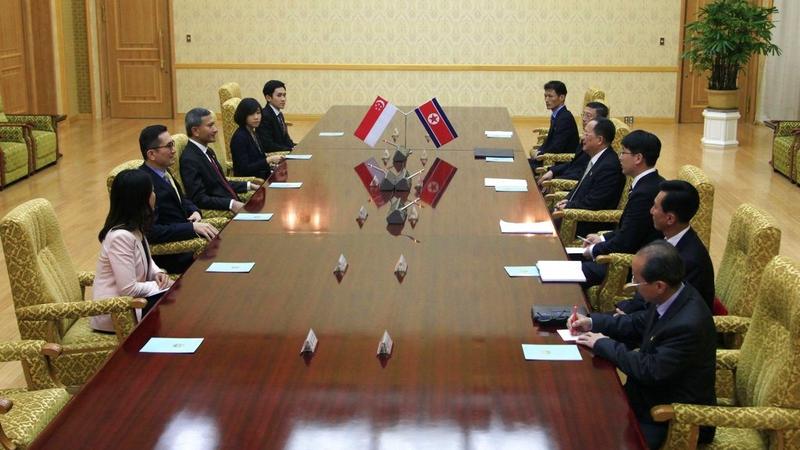 PYONGYANG - The foreign ministers of the Democratic People's Republic of Korea (DPRK) and Singapore on Thursday discussed the preparations for the upcoming DPRK-US summit, said the Korean Central News Agency (KCNA) Friday.

This is the first time for the DPRK's official media to report on the upcoming meeting between top DPRK leader Kim Jong-un and US President Donald Trump, which is scheduled for June 12 in Singapore.

"At the talks DPRK Foreign Minister Ri Yong Ho and his Singaporean counterpart Vivian Balakrishnan exchanged in-depth views on further developing the friendly and cooperative relations between the two countries with a long history and tradition in various fields and on the situation ahead of the DPRK-US summit," said KCNA.

Balakrishnan arrived in Pyonghang on Thursday and he is expected to meet with Kim on Friday.

READ MORE: 'S'pore airspace to be restricted' during US-DPRK summit