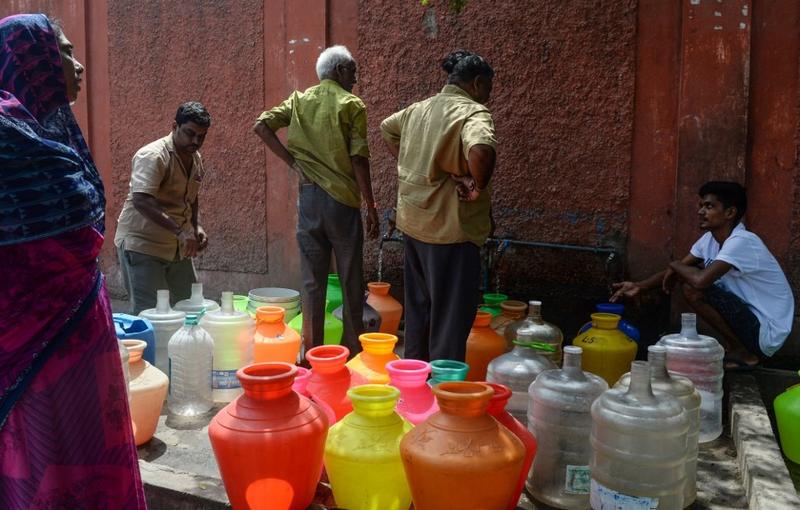 The situation, according to experts, has worsened in the wake of soaring temperature, dearth of rainfall, drying up of reservoirs, wells, lakes and delayed monsoon.

"With no water in reservoirs, wells and lakes, people are looking for alternative sources like drilling new boreholes to meet water needs," Su Kumar, a local resident in Chennai, the capital city of Tamil Nadu told Xinhua. "At some places the bore wells too are running dry and it seems the water table has drastically gone down."

The residents in Chennai have to wait for water tankers to arrive and most often queue for hours together up to collect their daily water supply in buckets or pitchers. Locals said brawls and fights are common sight in these queues.

"Often people indulge in fights and brawls while collecting water from the government tankers," Kumar said. "Last week, police arrested a man for stabbing his neighbour during a fight over water-sharing in the neighbourhood."

Locals said the ongoing water crisis was impacting all sectors of life.

Reports said some hotels and restaurants have been shut in the wake of the water crisis. The restrooms in several educational institutions have been shut down and some offices have asked staff to work from home due to non-availability of water.

Indian residents queue with plastic recipients to get drinking water from a distribution tanker in the outskirts of Chennai, May 29, 2019. (ARUN SANKAR / AFP)

The shortage of water has hit IT companies, five-star hotels and high-rise residential buildings. Among the dried-up reservoirs is the Chembarambakkam lake, Chennai's largest source of drinking water. The lake's bed is parched and presents a view of cracked bed, local media reported.

According to officials, four main water reservoirs that used to supply water to Chennai have ran completely dry.

The local government officials said they were taking necessary steps to supply drinking water to the residents.

"Water is being supplied through tankers and desalinated water is also being distributed," Chief Minister E Palaniswami said.

With the huge gap in supply and demand, a majority of Chennai's residents are now dependent on private water tankers.

With the crisis in place, the prices of private water tanker supplies have skyrocketed as water suppliers have now doubled their prices and tanker does not reach them on time.

"With difficulties in getting drinking water, it is really hard to bathe or wash clothes," Anupama, a housewife said. "If the situation prolongs, there are fears of illness and spread of disease." 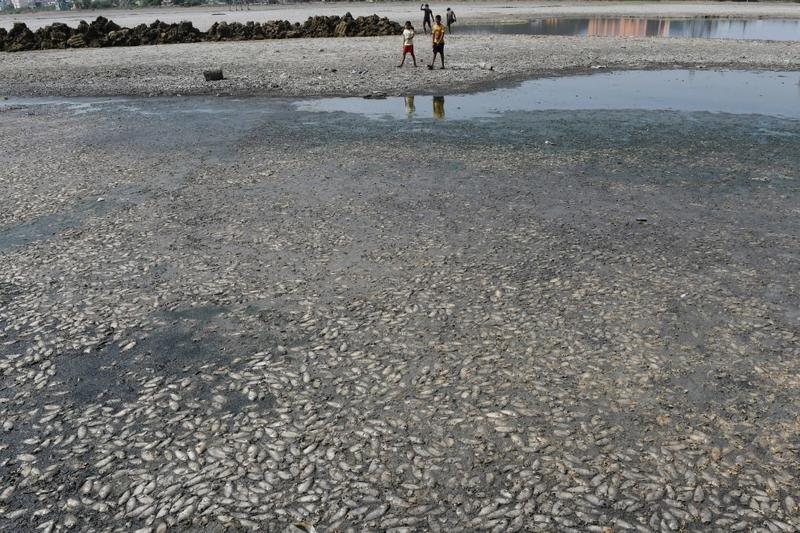 Indian youths walk on the dry bed of a lake covered with dead fish, on the outskirts of Chennai, June 9, 2019. (ARUN SANKAR / AFP)

The situation has put a burden on Chennai's water department, which has been distributing water in neighbourhoods through government trucks.

"In such a crisis like situation only rains can help residents from this situation," a senior local government official said. "With fingers crossed, we are waiting from the intervention from sky."