Coffee startup Luckin aims to beat Starbucks in China in 2019 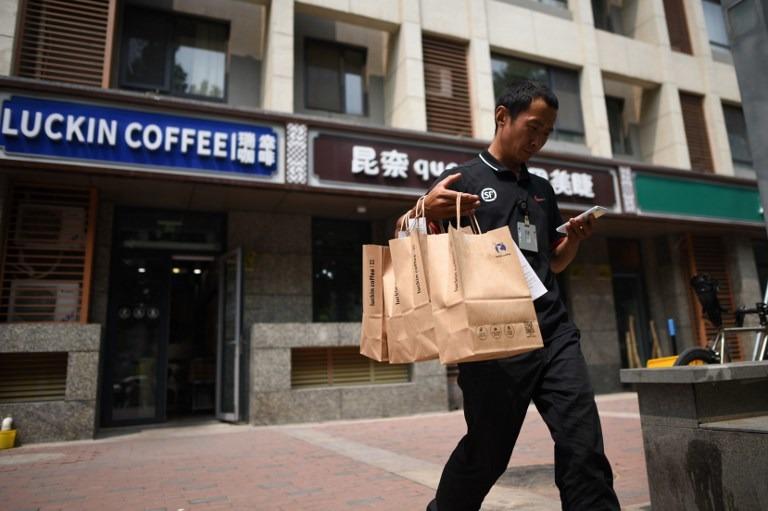 In this photo taken on Aug 2, 2018, a deliveryman carrying bags of coffee walks out a Luckin Coffee in Beijing. (WANG ZHAO / AFP)

The expansion plan underpins the company's new year ambition to surpass Starbucks to become China's largest coffee chain brand in terms of number of outlets and cups of coffee sold.

Seattle-based coffee giant Starbucks has long dominated China's coffee landscape, with over 3,600 outlets in the country.

It posted a meteoric expansion thanks to its discounts and convenient services, opening 2,073 chain stores in 22 cities across the country by the end of 2018, with nearly 90 million cups of coffee sold.

Qian is upbeat on the growth prospects of China's coffee market, citing figures that people in neighbouring Asian countries like Japan and South Korea drank about 200 cups of coffee on average in 2017, while for China it was a paltry four cups.

The company will continue to offer subsidies to expand its market share and nurture a coffee-drinking culture in China, once a major consumer of tea, Qian said.