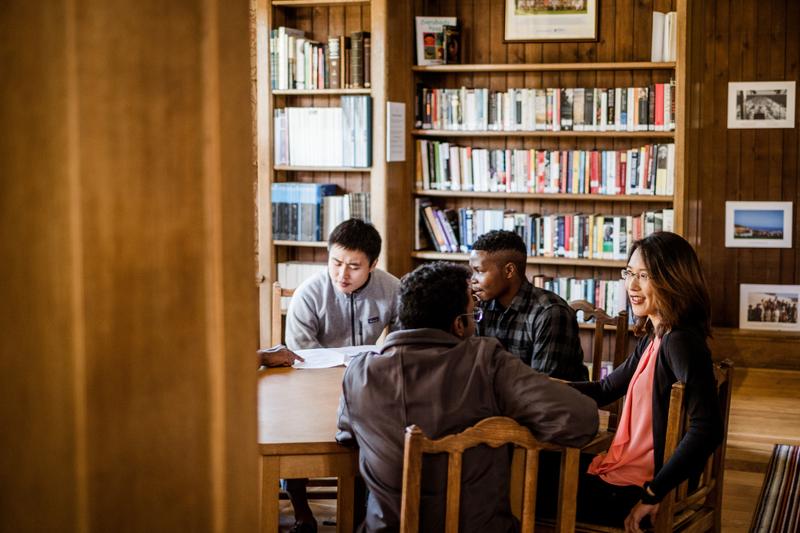 Rhodes scholars at a gathering at the University of Oxford in 2018. The scholarship sponsors more than 100 students globally each year. (PHOTO / CHINA DAILY)

Combating cross-border crimes has been a long-term dream for 25-year-old Mao Xiao. Holding a bachelor's degree from Shanghai Jiao Tong University and two law-related master's degrees from the United Kingdom and the Netherlands, Mao pursues that goal by publishing papers in international academic journals and doing internships at The Hague, where the International Criminal Court is located.

Her dream gained an extra boost when she enrolled into the University of Oxford last year to continue her international law studies. Apart from the academic excellence and top-notch curriculum and faculty, the Rhodes Scholarship sponsoring her study at Oxford is making all the difference.

"It's not just the financial support. It's a network of people－the crème de la crème－who share their visions, experiences and opportunities to make the world a better place. It's a constant source of inspiration," Mao says.

Founded in 1902, the highly selective scholarship now recognizes over 100 students globally for their academic excellence and leadership and sponsors them to complete postgraduate degrees in a variety of subjects from physics to philosophy.

Each scholarship is worth £50,000 (US$65,600) to £60,000, and enables students to spend roughly two years at the University of Oxford, covering tuition, other fees and a modest stipend.

China is among the latest batch of countries added to the recipients' list, with four students eligible to receive the award each year since 2015. A majority of the Chinese Rhodes scholars are from top educational institutes such as Tsinghua University, Peking University and Fudan University.

The scholarship committee is looking to expand the pool of possible recipients in order to gain a wider influence and recruit a more diverse range of talent from the world's most populous country, according to Elizabeth Kiss, chief executive officer of the Rhodes Trust.

"We hope to double the number of Rhodes Scholarships from China from four to eight by 2028," Kiss told China Daily in a recent interview. The plan is the culmination of a push by the trust to raise more money from philanthropists, expand the number of scholarships and broaden the program－which until recently was limited to a shorter list of countries－into something truly global. 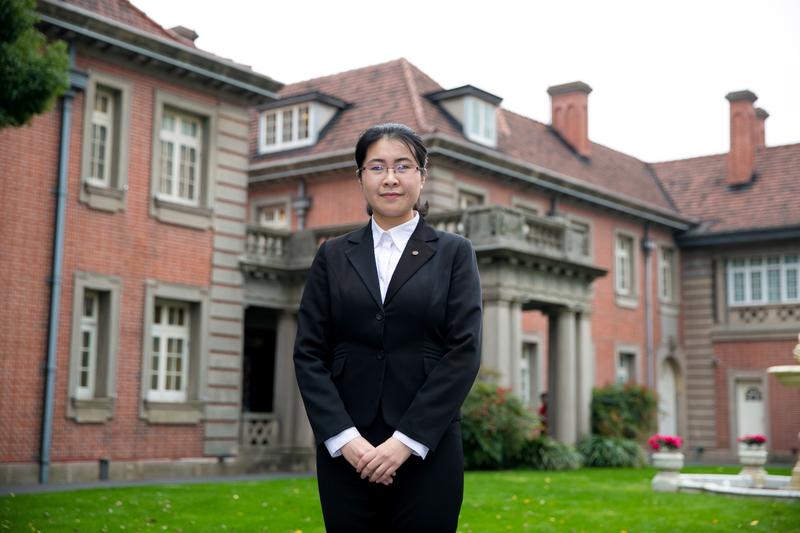 A Rhodes scholar from China, Mao Xiao, on campus at the University of Oxford. (PHOTO / CHINA DAILY)

Students traditionally pursue a second bachelor's degree, but in recent years most have enrolled in graduate degree programs, or in Mao's case, a master's-turned-PhD program.

The selection process is stringent: Applicants should exhibit their outstanding academic excellence, a mastery in various activities from sports to artistic pursuits, strong leadership, as well as a commitment to service, according to the brief description of potential candidates' qualifications published on the website.

However, in the words of Kiss, the selection committee is looking for people who are "innovators and change-makers" and have the drive to make a difference in their lives.

"We are looking for signs that, in their lives, they have demonstrated interest in other people and have gone beyond what it takes to be a successful student," she says. "It's important to give back to their society and community."

Despite getting distinction for her degrees, Mao envisioned international exposure would add her chances of getting selected. So, instead of applying for the scholarship straight after graduation in China, she took a preemptive approach by studying in the UK first and working part time in a prestigious NGO related to her field of interest.

Yet, not all students choose such a path, one reason being financial limitations. A Rhodes scholar herself in the 1980s, Kiss believes the standards are flexible enough to take into consideration all students' circumstances, especially those in more difficult situations.

"For example, in the United States, there could be a poor student who is working in a fast-food restaurant and supporting their younger siblings. Their opportunities for extracurricular activities are different from a student from a wealthier family, who might be exposed to more organized community services," she says. "So instead of sticking to a strict standard, we strive to be thoughtful about recognizing the circumstances of each student, culturally and personally. We are looking for what they are like as humans."

A growing number of Chinese are utilizing global scholarships to pursue overseas studies and achieve their ambitions. Another notable offering is the Chevening Scholarship, provided by the UK's Foreign and Commonwealth Office and partner organizations, through which over 4,000 students have been selected to study a one-year master's course in the UK since the program made its debut in China in 1983.

Xu Jian, a 45-year-old Chevening scholar who went to University College London in 2014, says he had built a good network of talented people, put the knowledge he retained to good use in his own consulting business, and the experience has served him well since.

As the warden of one of the world's most competitive scholarships, Kiss' suggestion to parents is, interestingly, to teach them how to relax and support them to lead healthy lives. 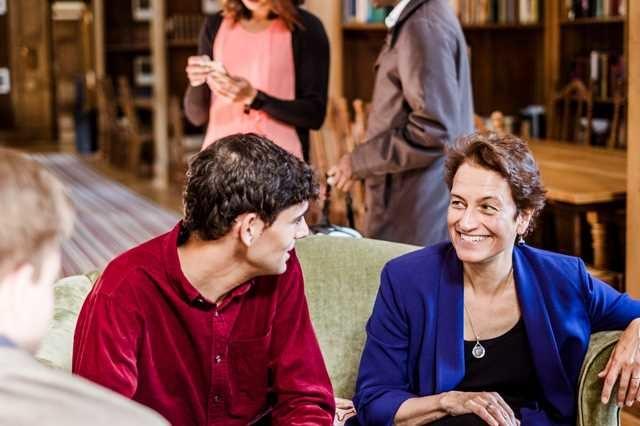 "Too much pressure means you don't get to know yourself and don't get time to reflect. Then you will never be able to make a real difference in the world," she says.

Mao agrees with this sentiment. She believed the entire process of preparing for the materials and undergoing interviews was "helping you to really think through who you are and what makes you, you".

Kiss says she has come across a survey that suggests when you fund one scholarship, you may give impact to 26 people.

"The best investment anybody can make is an investment in the education of young people. It has a huge impact on the future."