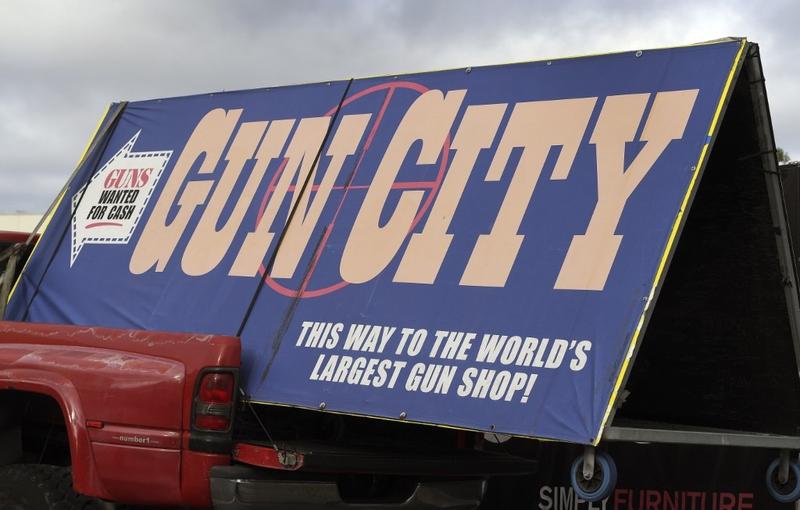 WELLINGTON — A burglar stole 11 guns from a police station in New Zealand, some of which were surrendered to authorities in the aftermath of the mass shooting in Christchurch, police said on Friday.

Police are looking for the suspect, who escaped after he was spotted by an officer in the station yard in Palmerston North, acity on North Island. His get away vehicle was recovered later.

"Eleven firearms which were in an exhibit storage area are currently unaccounted for," acting Central District Commander Inspector Sarah Stewart said in a statement on the Thursday's robbery.

"I should be clear that these were not police firearms, but were a range of weapons being held as exhibits or handed in for destruction. I am very concerned about what has occurred — it is absolutely unacceptable,” Stewart said.

Gun owners across New Zealand are handing their guns to the police after the government passed tough new firearm laws banning semi-automatic military style firearms and other accessories, in the wake of the country's worst peace time mass shooting in Christchurch in which 50 people were killed.

People have until Sept 30 to surrender the guns at local police stations, but thousands of guns have already been received.