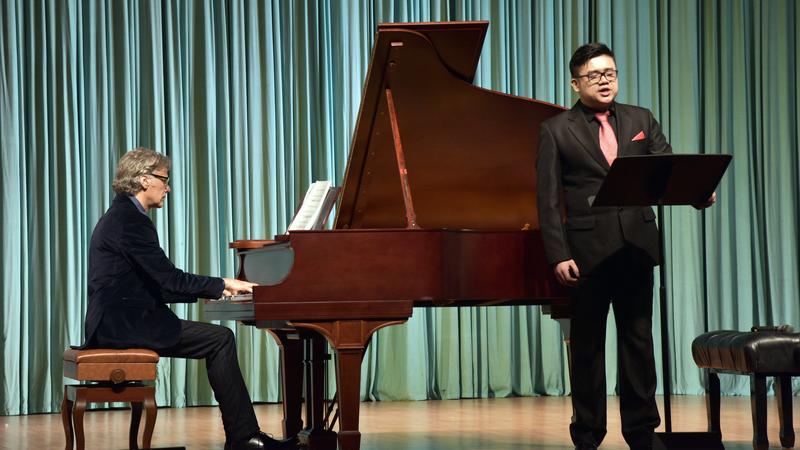 A piano recital usually involves a quiet venue, a musical instrument placed in the center of the stage and a player who moves the audience with perfect music.

But the audience was in for a surprise at the concert hall of the University of Chinese Academy of Sciences in Beijing in April, when they saw two grand pianos placed on the stage. Italian pianist Sebastiano Brusco demonstrated how science can be used to complement art in his performances at the university over two days.

The two pianos are tuned to different frequencies, one using the modern A440 pitch standard with a frequency of 440 hertz and the other with the classical 432-hertz tuning, a renowned advocate of which was 19th-century Italian composer Giuseppe Verdi. The Beijing concert was also a rare opportunity for the Chinese audience to attend a live concert with a piano tuned at 432 hertz.

To me, 440 hertz (frequency of music produced on a tuned piano) goes into the mind and the brain, but 432 hertz goes directly into the heart

Prior to the last century, different frequencies were adopted in tuning musical instruments.

In 1939 and 1955, respectively, the British Standards Institute and the International Organization for Standardization adopted A440 as the global standard.

The concerts were presented in a format based on the era and mood of each individual piece. Brusco chose between the pianos to achieve the ideal effect. He also performed excerpts of some compositions on both pianos, so the audience could compare and contrast, deciding which tuning they prefer.

Brusco says that the 432-hertz music "has less energy and is much more relaxed".

"To me, 440 hertz goes into the mind and the brain, but 432 hertz goes directly into the heart," he says. Born in Rome in 1969, Brusco learned to play the piano at the Accademia Musicale Chigiana in Siena, Italy. His fondness for chamber music led him to initiate the Concerti della Sagrestia del Borromini music festival 10 years ago. 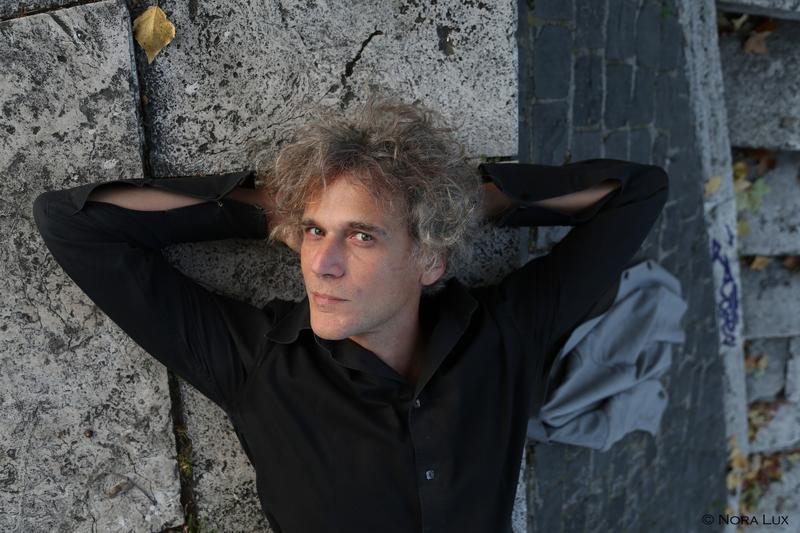 Brusco says he discovered the charm of tuning his piano to 432 hertz about five years ago, when his piano tuner suggested he should try a lower frequency. He adds that the frequency allows him more space to think about the music he is playing and he feels less tired while doing so. He has since devoted research to 432 hertz, particularly using it to reinterpret Mozart's pieces.

The frequency gives more depth to Mozart's pieces for the listeners, he says.

"It is also good for all melodic and tonal music unless you need to have more energy and a strict rhythm," Brusco says.

Zhang, who has been studying singing at Italy's Luigi Cherubini Conservatory of Music since 2014, says, "I have seen many Italian pianist virtuosi over my years of studying in Europe, but it is my first time meeting such an excellent pianist who focuses on chamber music and the interpretation of Mozart."

At the Beijing concert, Zhang first introduced the Chinese meaning of the Italian songs he performed, while Brusco provided the background story.

The concert was part of the university's Sound of Spring festival, which is a seasonal event of art and music where lectures and exhibitions are held as well as concerts.

"We aimed to combine science and art by using the two pianos set at different frequencies, and introduced the story of each piece of music, besides answering students' questions," Zhang says.

Though primarily focused on science education, the university puts emphasis on bringing science and the arts closer, a concept promoted there by former professor of the university and physicist Tsung-dao Lee.

Zhu Wei, executive director and professor at the university's Tsungdao Lee Science and Art Center, is in charge of this concert's planning.

"The concert illustrates the utilization of science in art. Science can serve art and present a higher performance standard. This also shows how science and art are closely connected," Zhu says, adding that he would urge the school's future scientists to develop an interest in the arts, so that they can apply creative thinking to scientific research.