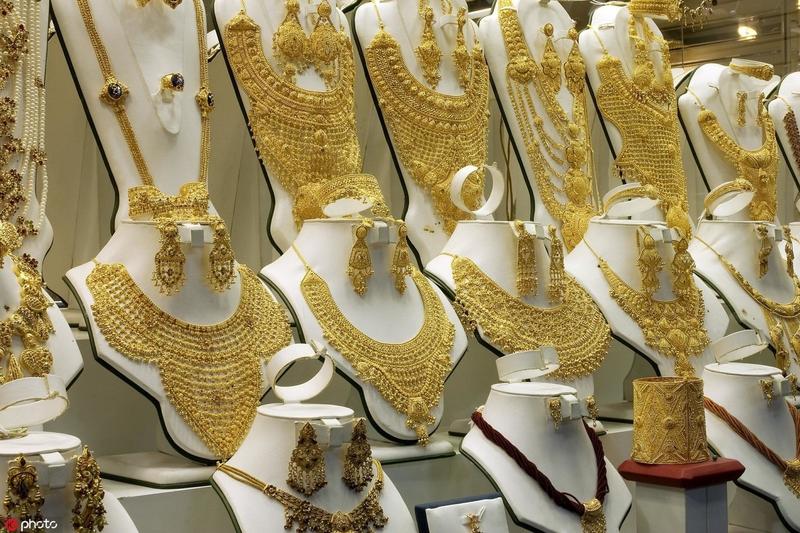 It has been a spectacular year of sorts for gold with prices rising steadily and the strong demand continuing into August. By Friday, gold prices had advanced to US$1528, or 19 percent, this year, with valuations continuously surpassing levels not seen in the last six years.

But gold has not been the only star this year. In terms of currencies, the Japanese yen, also favored by investors as a safe haven in times of market uncertainty, has once again been a star performer across foreign exchange markets.

All of the G10 currencies have weakened against the yen this year, with the same trend noted across Asia with the exception of the Thai baht. Impressively, the yen has strengthened by more than 3 percent against the greenback this year, despite the dollar recording strength against a multitude of global currencies.

Behind investors seeking refuge in gold and the yen this year are market uncertainties over political risk issues and concerns over a sluggish world economy, which may remain this year and continue to underpin the investment opportunities in the safe haven assets.

It is no secret that the global economy is facing a challenging year. There have been several revisions, from institutions such as the International Monetary Fund and the World Bank, lowering global growth estimates since late 2018.The WB expects the world economy to expand by only 2.6 percent this year, a would-be weakest level since 2009 when global GDP expanded by 1.68 percent.

While much of the global economic downturn can be attributed to weakening macro-conditions, the notion that the buildup of unpredictable political risk over the past few years has finally caught up with the macro environment can no longer be overlooked.

Trade friction, including the prolonged discussions between the United States and China, is one of the many reasons behind the current demand for safe haven assets. There are also growing fears that the protectionist trade approach adopted by the US administration toward the European Union and several other economies will be the next major headwinds investors face heading into 2020.

Let's also not forget that uncertainty over Brexit, and the questions over its possible implications for the global economy have remained largely unanswered. No-deal Brexit risks have only strengthened further since Boris Johnson was announced as Theresa May's replacement.

Political figures across multiple regions are now also questioning central bank independence, such as what is happening in the US, Turkey and Mexico. In addition to the above, geopolitical risks in the Middle East remain at large with tensions between the US and Iran being unresolved.

What is potentially even more surprising about gold and the yen's advances is that they have occurred during the same time frame where most major stock markets, especially in the US, have rallied to new heights.

This year's co-occurrence of rises in risky and safe-haven assets indicates that market sentiment is at a fragile tipping point where investors remain hopeful that central banks will come to the aid of the global economy yet cautious of ongoing uncertainties around the world.

Market consensus right now points toward a narrative of "don't worry, central banks are sure to pump more money into the system to help the global economy". Sounds familiar, doesn't it? That's because we have heard it all before in the years following the global financial crisis.

Essentially investors should be careful of the above narrative. Over 30 central banks have already acted in 2019, and the amount of leverage for lower interest rates in some advanced nations and regions－such as Europe, the United Kingdom, Australia, New Zealand and Japan－remain around, or at record-low levels.

If doubts emerge whether central banks will ease monetary policy to the degree that investors want, this would put a huge question mark on the US stock market rally that has seen some major indexes climb above 10 percent in 2019.

Such potential market uncertainty, if it happens, would once again tempt investors into the safety of the yen, so would a potential no-deal Brexit come on Oct 31.

The yen was traded at about 106 per dollar on Friday. The longer-term outlook implies that the yen can advance all the way to 100 per dollar, but that would depend on whether global trade tensions continue to get worse.

If the US administration continues to push a protectionist agenda against other economies, especially China, global market sentiment will be on the ropes yet once more, providing further impetus for the yen and gold to soar further, with gold rising to US$1,550-US$1,600 and ambitiously beyond possibly on the cards.

Jameel Ahmad is the global head of currency strategy and market research at FXTM, a global foreign exchange broker.