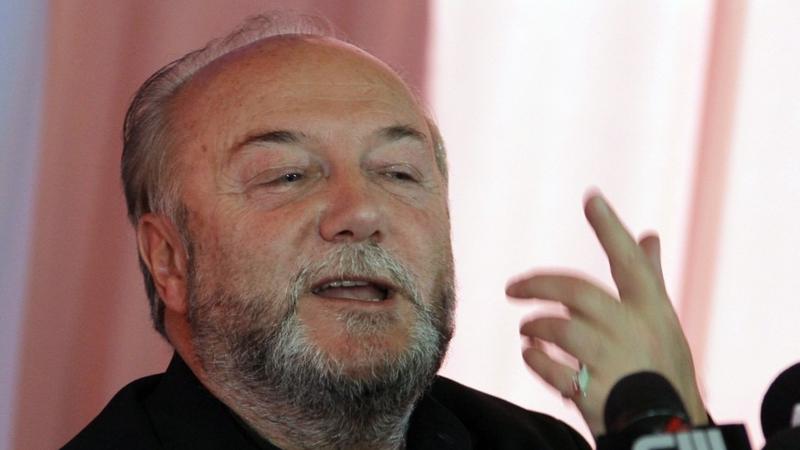 British MP George Galloway talks to reporters about the "Lifeline" convoy in Damascus on Oct 5, 2010. Galloway said how the central and Hong Kong government officials handle the situation in the former British colony is none of the UK’s business. (LOUAI BESHARA / AFP)

George Galloway, an outspoken former member of the United Kingdom’s Parliament, said how the central and Hong Kong government officials handle the situation in the former British colony is none of the UK’s business.

“Hong Kong is no more Britain’s business than is the business of Slovakia or Romania. We are just another foreign country. For the British state, they have never accepted in their heart that their empire has gone and Hong Kong is (part of) China,” Galloway said in an interview with China Daily in Hong Kong.

For the British state, they have never accepted in their heart that their empire has gone and Hong Kong is (part of) China

Former Member of the UK’s Parliament

“They had to make the diplomatic withdrawal that they did in 1997 because they ran out of the ransom in New Territories, and they have tried ever since to keep an as large (a) foothold on the people, the society and the economy in Hong Kong as they possibly could,” he added.

ALSO READ: Politicians told HK not a chip for bargaining

Galloway drew international attention for his combative performance when facing a committee of senior United States politicians as part of the Senate’s investigation into the Iraq oil-for-food scandal in 2005.

Galloway recalled what Deng Xiaoping, the late Chinese leader, said before Hong Kong’s handover from the UK — the days when foreign countries can order China what to do are over. “They were over when Deng said so; they were over in 1997 and they are certainly over in 2019,” he said.

Last week, Liu Xiaoming, the Chinese ambassador to the UK, said in a news conference in London that no foreign country should interfere in Hong Kong affairs.

But Tom Tugendhat, chairman of the Foreign Affairs Committee in the British House of Commons, expressed his view that Britain has a role to play in calming increasingly violent clashes between protesters and police, even suggesting the UK extend British nationality to Hong Kong residents.

Galloway said, “This is like events happening in a part of our empire even though that empire has largely long gone and certainly has gone in China,” and he accused the British government of practicing double standards.

Western media outlets are inescapably responsible for the current situation in Hong Kong, as their selective reporting and distortions have resulted in the prevalence of wrong information

In the same news conference, Liu said Western media outlets are inescapably responsible for the current situation in Hong Kong, as their selective reporting and distortions have resulted in the prevalence of wrong information that misled the public.

Galloway echoed Liu’s view, adding, “This is part of a spectrum of attacks which are designed to slow China’s advance and weaken China’s internal cohesion with the view to stopping China becoming the most important economy and country in the world.”

On Aug 12, protesters occupied Hong Kong International Airport and brought the facility to a standstill. The Hong Kong police’s handling of the situation was widely criticized in the West, but Galloway argued that it was not honestly dealt with by Western media.

“What in fact is an example of light-handed police is portrayed in the Western media as tyrannical dictatorial policing. And that’s simply objectively not true.

“Because by any objective test, the Hong Kong police have handled these events with less aggression, less violence than any police force anywhere else in the world would do,” he said. “If this was England, still more if it was in France, if Charles de Gaulle Airport was seized by protesters and had to be closed … they would be cleared violently within the first hours of such a protest,” he added.