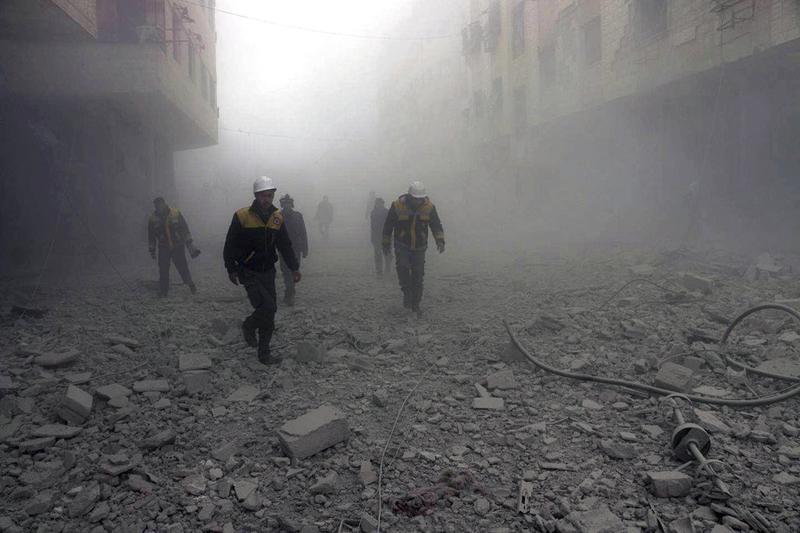 BEIRUT — Syrian state-run media on Thursday confirmed a rare US strike on government-backed troops in eastern Syria, citing reports of dozens killed and wounded from the attack.

The overnight attack, which a US military official earlier said killed about 100, adds another layer to a conflict in Syria that is once again plunging into a new unpredictable spiral of violence.

Turkish officials say the leaders of Turkey, Russia and Iran will meet in Istanbul to discuss peace efforts for Syria

The US official said the US launched the airstrikes after as many as 500 attackers began what appeared to be a coordinated assault on US-backed forces known as the Syrian Democratic Forces who were accompanied by US advisers in Deir el-Zour province.

The official said the strikes were in self-defense after the pro-government forces began firing artillery and tank rounds at the SDF. About 100 of the attackers were killed, the official said.

It was a rare US strike against forces that support Syrian President Bashar Assad's regime.

The official state news agency SANA said the local fighters were battling Islamic State militants and the US-backed SDF in the area.

SANA labeled it an "aggression" and a "new massacre."

The US-led coalition said in a statement said the attack took place 8 kilometers east of the Euphrates River de-confliction line. The United States and Russia, which back rival forces in the oil-rich Deir el-Zour province, have kept close contacts to avoid friction.

The statement suggested the coalition was calling out Russia on the assault, but it stopped short of actually laying the blame.

The Syrian Observatory for Human Rights, which monitors the war in Syria, said Deir el-Zour province continues to witness tensions following the foiled attack and the US response, and said there were reports of new mobilization to the area.

The Observatory, which relies on a network of activists on the ground, said the Khusham area, near one of the province's largest oil fields, saw intense clashes with heavy weaponry late Wednesday between pro-government forces and the SDF. The Observatory said the clashes prompted the coalition response with land-to-land missiles and airstrikes. It said at least 45 pro-government fighters, which included Arab and Asian fighters, were killed. 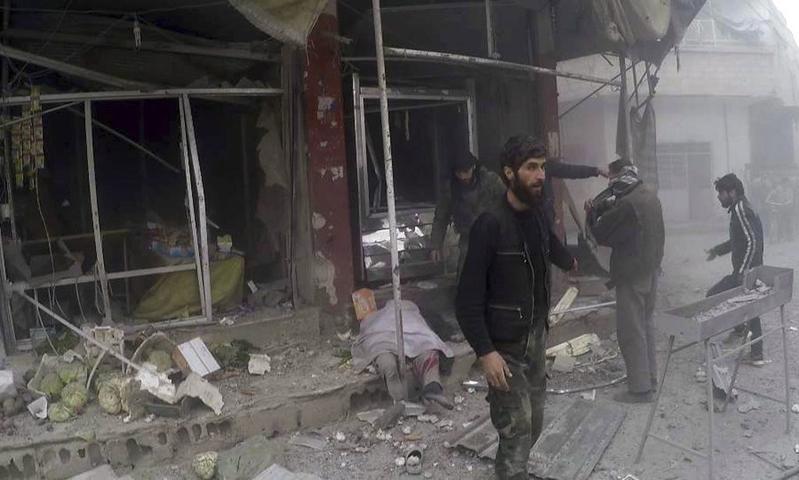 Last summer, the US-led coalition shot down Iranian-made armed drones and aircraft affiliated with the Syrian government in southern Syria, after they came dangerously close to US-backed forces and advisers.

The US airstrike coincides with escalating violence in Syria, where Turkey has been carrying out a military offensive to clear a US-backed Kurdish militia from in a northwestern border town, increasing tensions between the US and its NATO ally Turkey.

Meanwhile, Turkish officials said the leaders of Turkey, Russia and Iran will meet in Istanbul to discuss peace efforts for Syria.

The officials said that Turkish President Recep Tayyip Erdogan and his Russian counterpart Vladimir Putin agreed to the summit during a telephone call on Thursday. It was not immediately clear when the Istanbul meeting would take

The Turkish officials said two leaders also agreed that efforts to create "observation posts" in Syria's Idlib province as part of a "de-escalation" agreement between Turkey, Russia and Iran should gain momentum.

They discussed the humanitarian situation in the Ghouta region just east of Damascus, where dozens have been killed in aerial strikes in the past few days.

The officials provided the information on condition of anonymity in line with government rules.