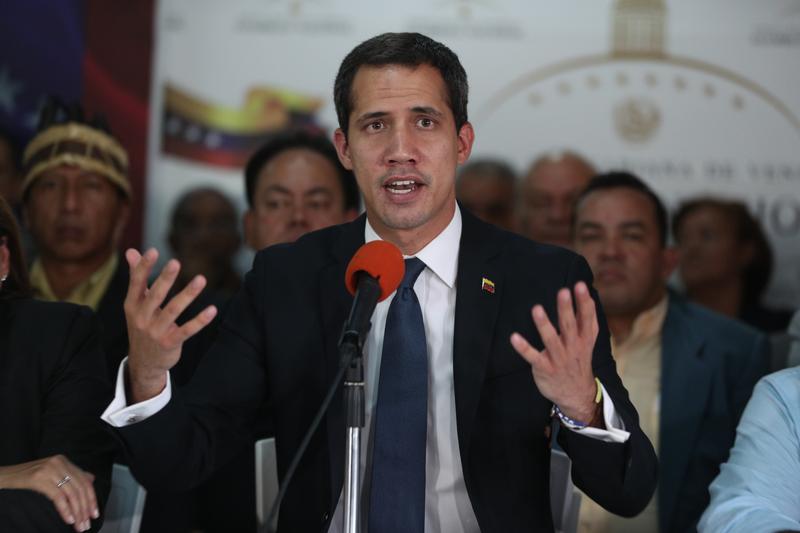 CARACAS — Representatives of the Venezuelan government and opposition traveled to Norway for talks on resolving the crisis in the South American country, officials said Wednesday, opening a new chapter in a political stalemate after months of street demonstrations and a failed opposition call for a military uprising.

The development appeared to reflect a recognition that neither side had been able to prevail in the struggle for power, leaving Venezuela in a state of paralysis after years of hyperinflation and shortages of food and medicine. It was also a policy reversal for the opposition, which has accused President Nicolás Maduro of using previous negotiations to play for time.

The planned talks seemed likely to dampen speculation that the United States, the main backer of the Venezuelan opposition, might be considering military action as a way to end the crisis in the near term.

The planned talks seemed likely to dampen speculation that the United States, the main backer of the Venezuelan opposition, might be considering military action as a way to end the crisis in the near term

Senior members of both sides will be involved in the exploratory discussions in Oslo, said members of Venezuela's opposition-controlled congress who spoke on condition of anonymity because of the sensitivity of the talks. Delegations from the two opposing camps had received separate invitations from a group of Norwegians, one official said.

The representatives include Information Minister Jorge Rodríguez on the government side and Stalin González, a leading member of the National Assembly, the officials said.

Maduro did not directly comment on the talks during televised remarks, but he said Rodríguez was on a "very important" mission outside Venezuela.

The planned talks seemed likely to dampen speculation that the United States, the main backer of the Venezuelan opposition, might be considering military action as a way to end the crisis in the near term. US officials have previously said they are focusing on diplomatic and economic measures to force out Maduro, though opposition leader Juan Guaido said his Washington envoy will meet with the head of the US Southern Command on Monday.

The two sides are currently far apart on many issues. The opposition has insisted that Maduro was illegitimately elected last year and that he must step aside to make way for elections. Maduro, in turn, accuses the opposition of being US stooges intent on illegally seizing power.

The Norway dialogue comes as a mostly European group of nations prepares to send a high-level delegation to Venezuela to propose solutions to the country's protracted crisis. The International Contact Group consists of eight European countries, the European Union and four Latin American countries.

The group formed after Guaidó, the head of the National Assembly, declared himself Venezuela's interim president early this year in a direct challenge to the rule of Maduro, who says his government champions the socialist principles of his predecessor, Hugo Chávez.

The opposition, which is backed by the United States and about 50 other nations, say Venezuela's dire economic state is the result of years of corruption and mismanagement. Maduro blames the country's problems on US sanctions that were imposed more recently.

Also Wednesday, the United States suspended all commercial passenger and cargo flights between the US and Venezuela, saying the political unrest and tensions there pose a risk to flights.

The announcement by the Department of Homeland Security affected a dwindling number of flights between the two countries, since US airlines no longer fly to Venezuela. The measure reflected the increasingly sour relationship between the Venezuelan government and the US

Conditions in Venezuela "threaten the safety and security of passengers, aircraft, and crew," the department said. It said the flight suspension will continue indefinitely, though the decision will be reviewed if the situation in Venezuela changes.

Maduro criticized the suspension of flights, saying the measure was an attack on freedom of movement.

American Airlines stopped its flights in mid-March after union leaders told pilots not to go there due to safety concerns. Some other international airlines quit flying to Venezuela years ago because of the country's deteriorating economy.

Some Venezuelan airlines had been operating commercial flights to and from Miami, though those were already affected by the upheaval in the South American country, including after a failed call for a military uprising by the opposition on April 30.

Also Wednesday, the National Assembly returned to its chamber a day after security forces prevented legislators from entering the building for a debate. Guaido and other legislators gave speeches denouncing Maduro's government.

READ MORE: Police tow No 2 leader of Venezuela congress to jail in car

The National Assembly has come under increasing pressure from Maduro since the opposition's failed uprising April 30. The body's vice president, Edgar Zambrano, was arrested May 8. He is among 14 lawmakers placed under investigation for allegations of treason and other crimes since the failed rebellion.

In Washington, the Rev Jesse Jackson delivered food to American activists who have been occupying the Venezuelan Embassy the past five weeks.

The activists, who have ignored trespassing warnings, consider Maduro to be Venezuela's rightful leader. The US and other countries backing the opposition contend his presidency is illegitimate and recognize Guaido’s claim to be interim president.