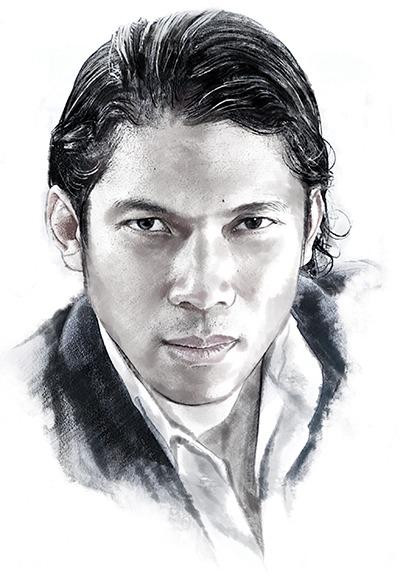 That a real estate developer would introduce his company at a design expo may seem unusual. Design Miami caters to gallerists and art collectors — not exactly a property firm’s target clients.

But Antonio is an unusual businessman. Revolution’s founder and CEO develops bespoke prefabricated homes and pavilions. He is also one of Asia’s top art collectors, and approached Revolution’s exhibit in Miami the way a curator would present a collection crafted by the world’s art masters.

The exhibit showcased pavilions and designs by esteemed designers, such as Tom Dixon, Marcel Wanders, and architects Zaha Hadid (who died the following year) and Kengo Kuma.

Antonio was marketing his new business to fellow collectors but with a twist — a Revolution ‘art work’ is an affordable masterpiece.

He said Revolution makes it possible for anyone to get a new house built in three months. He also roped in renowned architects/designers to design homes at budget-friendly rates.

“I wanted to challenge the status quo and create something that would be a game changer,” he told China Daily Asia Weekly.

“There is nothing game-changing with the likes of (acclaimed French architect) Jean Nouvel designing luxury homes, but when they design a home that you can sell at half the price, that’s game-changing.”

Merely two years after Revolution debuted in Miami, the Manila-based company became the Philippines’ first unicorn — a startup valued at over US$1 billion. Revolution hit that valuation after Antonio raised an undisclosed amount from a group of investors led by K2 Global, a venture capital firm based in Silicon Valley and Singapore.

The prefabricated house is not a novel concept. In the US, several companies have been offering mail-order kit homes since the early 1900s.

But prefab homes are usually perceived as shoddy and inferior to their brick and mortar counterparts. Antonio believes otherwise and has created a company that disrupts the real estate space.

Starting Revolution was not the first and last time that Antonio would challenge — and change — the conventional rules of the real estate business. Such chutzpah may have stemmed from the fact that he literally grew up in the business.

Antonio was only 12 years old when he started accompanying his father to construction sites. His father — property tycoon and former special envoy to China, Jose E.B. Antonio — wanted him and his three brothers to know about the family business even at a young age. Shop talk prevailed even during family dinners.

Antonio went to the United States in the 1990s for his college studies. He graduated with a degree in economics from Northwestern University and an MBA from Stanford University. But instead of going home after graduation, he chose to stay for several years in the US.

“I wanted to do my own thing. I wanted to prove to myself that I could develop (my own business),” he said.

He moved to New York City and launched his first company, Antonio Development, in 2005. He commissioned the legendary Chinese-American architect Ieoh Ming Pei to design Centurion — a luxury condominium building in Manhattan.

Antonio started pre-selling Centurion units in mid-2007, and within six months sold 30 percent of the building’s 48 units. It was through his work with Centurion — and marketing it as an I.M. Pei creation — that Antonio understood the impact of branded real estate.

He returned to Manila in 2009 and was appointed managing director of Century Properties Group, the real estate development firm established by his father in 1986. He then masterminded the company’s venture into ‘branded’ luxury real estate.

“There are a lot of established real estate players in the Philippines and you have to stand out from the rest. I wanted to merge the worlds of fashion and design and architecture, and the end results are the series of branded buildings,” he said.

It helps that Antonio is sociable and has a keen interest in arts and design. He owns an extensive collection of modern and contemporary art and frequents international art fairs and film festivals.

On one of his trips to New York he met socialite Paris Hilton, and future US President Donald Trump. Hilton would later agree to design and lend Hilton’s name to one of Century Properties’ projects. Trump partnered with Century Properties to build Trump Tower at Century City — a residential high-rise in the Manila business district of Makati.

Antonio also mined his personal network to meet and convince top executives of Armani, Hermes, Versace and Missoni to design and co-brand Century Properties’ projects in the Philippine capital.

These partnerships helped Century Properties carve a niche in a competitive Philippine market. In 2017, the company’s revenues topped 6 billion pesos (US$113.7 million).

Some of these projects even won prestigious property awards. These include Trump Tower at Century City, the Armani-designed luxury condominium building Century Spire, and the Azure Urban Resort Residences — home to the Paris Hilton-designed Paris Beach Club.

For Antonio, these collaborations are more than just business deals. He enjoys working with some of the world’s best creative minds and had long dreamed of working with prestigious Pritzker Architecture Prize winners.

It was this dream that seeded the establishment of Revolution. But for Antonio, signing up a Pritzker laureate is only the first step. He also wanted this award-winning design to be more accessible.

“I believe that everyone deserves the chance to own a high-quality, design-forward home without breaking the bank,” he said.

The initial challenge is for Antonio to persuade these esteemed architects — who are used to working on sky-high budgets — to design homes for the mid-range market. He spent a lot of time convincing them to get on board.

Revolution’s homes sell for roughly US$100,000 per unit. In exchange for this relatively modest amount, one can choose to have a prefab home designed by a top-notch architect. The components will then be manufactured by Revolution’s fabricators and shipped to the homeowner for assembly.

Although Antonio is working on several projects in the Philippines, his vision for Revolution is to go global. He has been jetting from Manila to the Middle East, Europe and South America over the past few years, closing deals with some of the world’s biggest developers.

Revolution is barely three years old, but its project revenues now stand at US$8.1 billion and the company will be shipping out 35,000 units in the next four years. Some of its biggest contracts include manufacturing apartments and hotel villas for Dubai’s luxury property development The World Islands and building residential units for a riverfront estate in Yangon, Myanmar.

Antonio is also exploring possible projects in Shanghai, one the world’s fastest-growing property markets. He is also opening Revolution’s first overseas posting in Dubai in the fourth quarter of this year to secure more contracts in the Middle East.

The goal is to expand Revolution’s footprint to 80 countries by 2020, Antonio said. And he is confident that this can be achieved given the company is already working on projects in 22 countries.

According to Antonio, developers today are increasingly open to prefab possibilities. He credits his startup’s success to the fact that, in a number of cases, deals came about when the clients themselves first broached the idea with his company. This did not surprise him as he has always believed in designer prefabricated homes becoming the next trend in the real estate industry.

“Prefabricated homes are the homes of the future,” Antonio said. “They are easy to build and they are more affordable. When combined with the designs (made by esteemed architects/designers) the results are creative pieces of structure, whether they are homes or pavilions.”

How did your experience of putting up your first business in the US influence your growth as an entrepreneur?

What compels you to buy art?