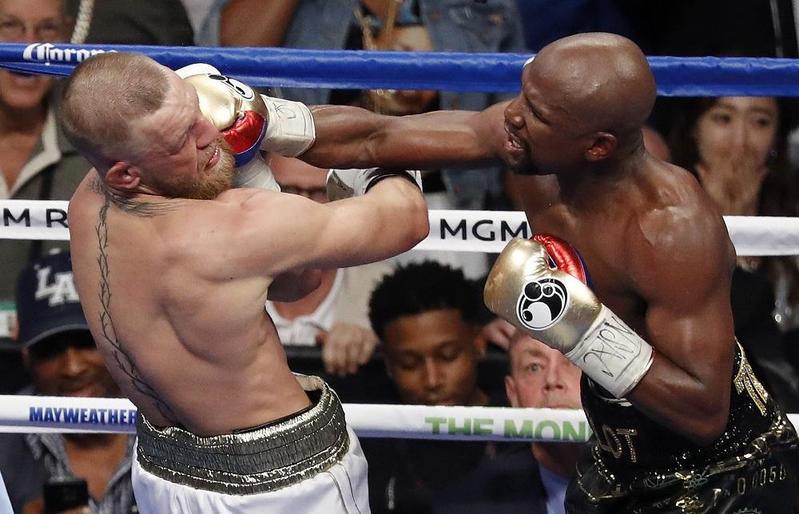 LAS VEGAS — Floyd Mayweather Jr. put on a show in the last fight of his spectacular career.

Conor McGregor didn't do so badly, either.

Mayweather figured out a 50th opponent Saturday night, letting McGregor have the early rounds before stalking him late and leaving the mixed martial artist defenseless and exhausted on the ropes in the 10th round.

It was a smashing end to a career that earned Mayweather more money than any fighter before him — including an estimated $200 million for his last bout.

"I think we gave the fans what they wanted to see," Mayweather said. "I owed them for the (Manny) Pacquiao fight."

Mayweather battered McGregor around the ring in the later rounds, finally stopping him at 1:05 of the 10th with a flurry of punches that forced referee Robert Byrd to stop the fight.

Before a pro-McGregor crowd that roared every time the UFC fighter landed a punch, Mayweather methodically broke him down after a slow start to score his first real stoppage in nearly a decade. He did it in what he said would be his final fight, against a man who had never been in a professional boxing match before.

McGregor boxed surprisingly well but after landing some shots in the early rounds, his punches seemed to lose their steam. Mayweather then went on the pursuit. McGregor backpedaled most of the way, stopping only to throw an occasional flurry as Mayweatherwore him down.

"I turned him into a Mexican tonight," McGregor said. "He fought like a Mexican."

Though Byrd cautioned McGregor for hitting behind the head on two different occasions, there were no real fouls in the fight and McGregor never tried to revert to any MMA tactics 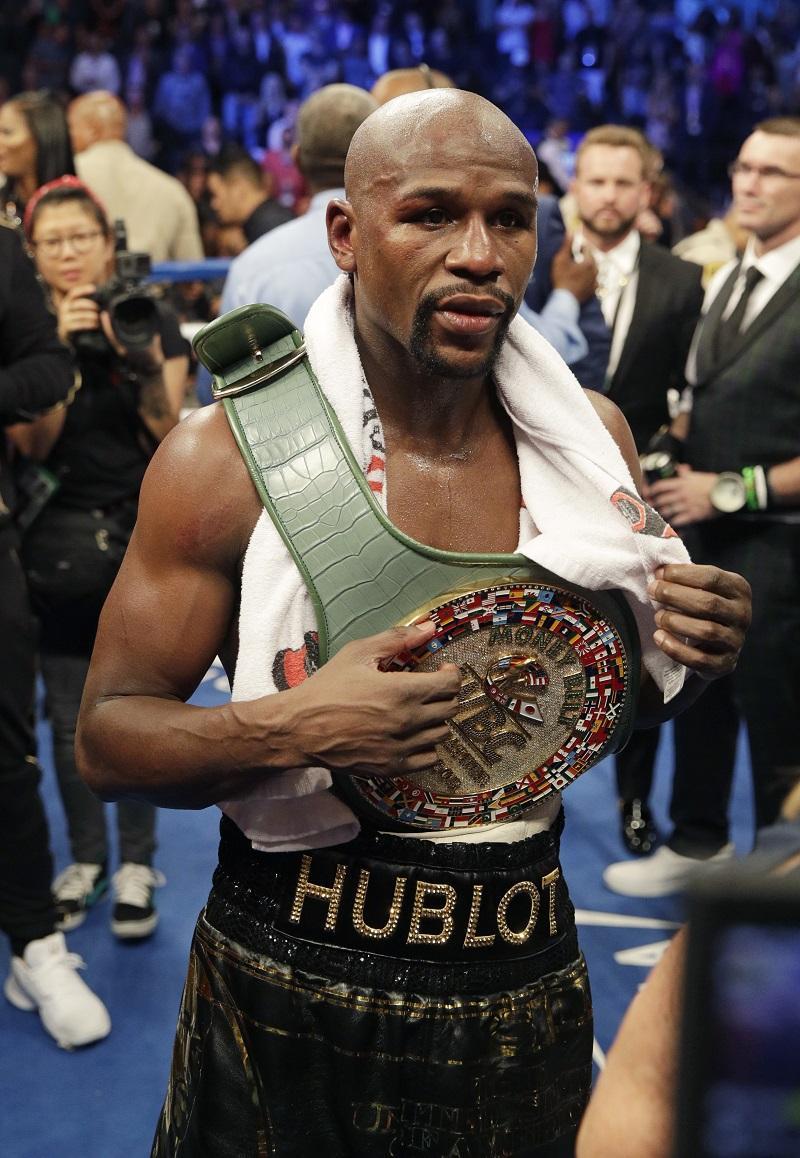 McGregor had vowed to knock Mayweather out within two rounds, and he won the early rounds with movement and punches to the head. But the tide of the fight turned in the fourth round as Mayweather seemed to figure out what he had to do and began aggressively stalking McGregor.

Mayweather was credited with landing more than half his punches, as he solved McGregor's defense after a few rounds. Ringside stats showed him landing 170 of 320 punches to 111 of 430 for McGregor.

In a fight so intriguing that it cost $10,000 for ringside seats, McGregor turned in a respectable performance for someone in his first fight. He switched from southpaw to conventional at times and used his jab well, but Mayweather's experience and his ring savvy paid off as he executed his game plan to perfection.

"Our game plan was to take our time, go to him and take him out in the end," Mayweather said. "I guaranteed everybody this fight wouldn't go the distance.

Mayweather was widely criticized for not going after Pacquiao in their megafight, and he didn't make the same mistake this time. In a fight that could make him $200 million, he seemed to stagger McGregor with a series of punches in the ninth round, landing at will as McGregor desperately tried to clinch.

The end was near as the two fighters came out for the 10th round and Mayweather went right after McGregor again. He landed a punch that set McGregor reeling across the ring, then landed a combination that had McGregor defenseless as Byrd moved in to stop the bout. McGregor didn't complain when the fight was stopped and went over and hugged Mayweather.

"I was a little fatigued," he said. "He was composed in there, that's what 50 pro fights can give you." 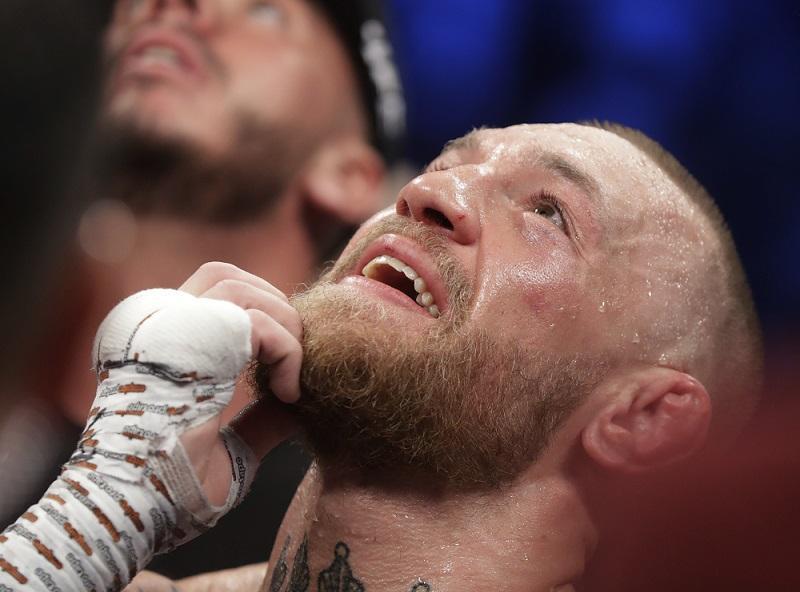 He seemed almost happy in the ring afterward, secure that he had given a good performance even in losing.

McGregor's challenge of Mayweather was fueled by social media and turned into a spectacle as the two fighters promoted the bout. It figured to make him $100 million or so, and gave McGregor a name and brand outside of the UFC.

He also got some respect from a fighter who has been in the ring his entire life.

"He's a lot better than I thought he'd be," Mayweather said. "He's a tough competitor, but I was the better man tonight."

After all the talk and hype, the fight unfolded like most in boxing figured it would. Mayweather, a 5-1 favorite, took a few rounds to establish his dominance but once he did it was a one-sided fight.

Mayweather ran his record to 50-0, surpassing Rocky Marciano's 49-0 record and giving himself a great parting gift. He repeated afterward that he was not going to fight again.

"This is my last fight for sure. 50-0 sounds good, I'm looking forward to going into the Hall of Fame," Mayweather said. "I picked the best dance partner to do it with.

Irish fans arrived by the thousands in the days before the fight, filling the arena for the weigh-in and boisterously cheering for their man. They even went off in the middle of the night and spray painted an Irish flag and "49-1" on a billboard on Interstate 15 promoting Mayweather's businesses.

The capacity crowd of 14,623 cheered McGregor on, but they quieted as the fight progressed and Mayweather showed his dominance.