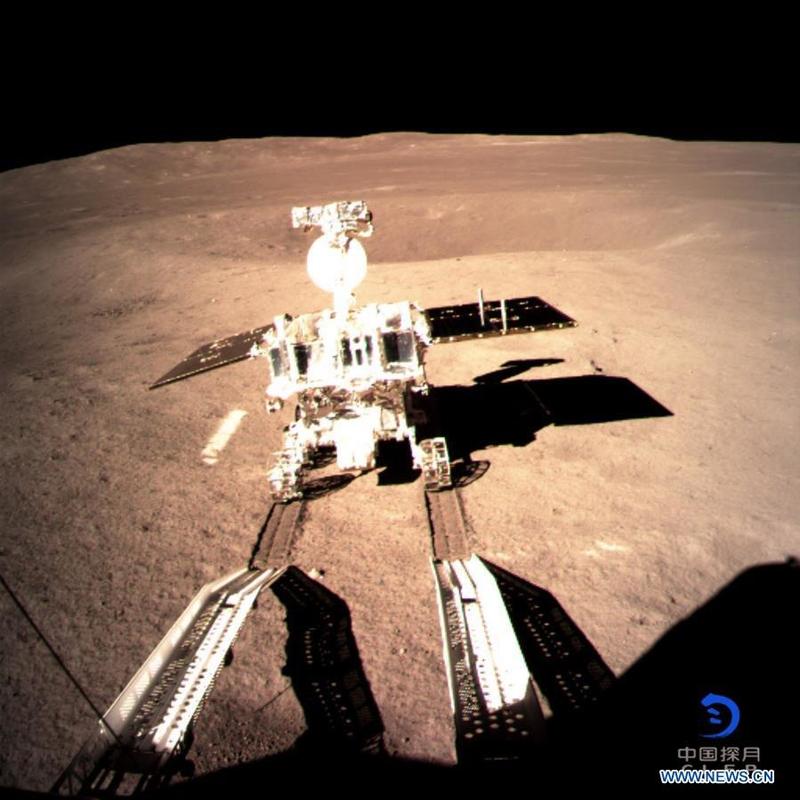 Photo provided by the China National Space Administration on Jan 3, 2019 shows Yutu-2, China's lunar rover, leaving a trace after touching the surface of the far side of the moon. (XINHUA)

BEIJING - China's second lunar rover has driven on the far side of the moon, which is expected to bring more scientific discoveries from the alien world.

The new rover, named Yutu-2, or literally Jade Rabbit-2, separated from the lander and descended on the lunar surface Thursday night, leaving the first "footprints" on the loose lunar soil, which will be seen for thousands of years as the moon has no wind or rain.

Although the rover of the Chang'e-4 probe looks similar to its predecessor Yutu of the Chang'e-3 probe, Chinese space engineers have made it lighter, smarter, stronger and more reliable.

In Chinese folklore, Yutu is the white pet rabbit of Chang'e, the moon goddess who lent her name to the Chinese lunar mission.

Scientists hope Yutu-2 will travel farther to send more images of the unknown terrain, "listen" to the stories recorded in the ancient lunar rocks, and find more traces of the early history of the moon and the solar system.

The 135-kg new rover is 2 kg lighter than its predecessor and is the lightest rover ever sent to the moon, said Jia Yang, deputy chief designer of the Chang'e-4 probe, from the China Academy of Space Technology (CAST).

The main reason for the weight reduction is the removal of a robotic arm and its replacement with an instrument developed by Swedish scientists to analyze the radiation environment on the lunar surface, said Jia.

Like Yutu, which landed on the moon at the end of 2013, the new rover carries subsurface penetrating radar to detect the near-surface structure of the moon and an infrared spectrometer to analyze the chemical composition of lunar substances.

The rover, with a design life of three months, can cross rocks as high as 20 cm, at a maximum speed of 200 meters per hour. 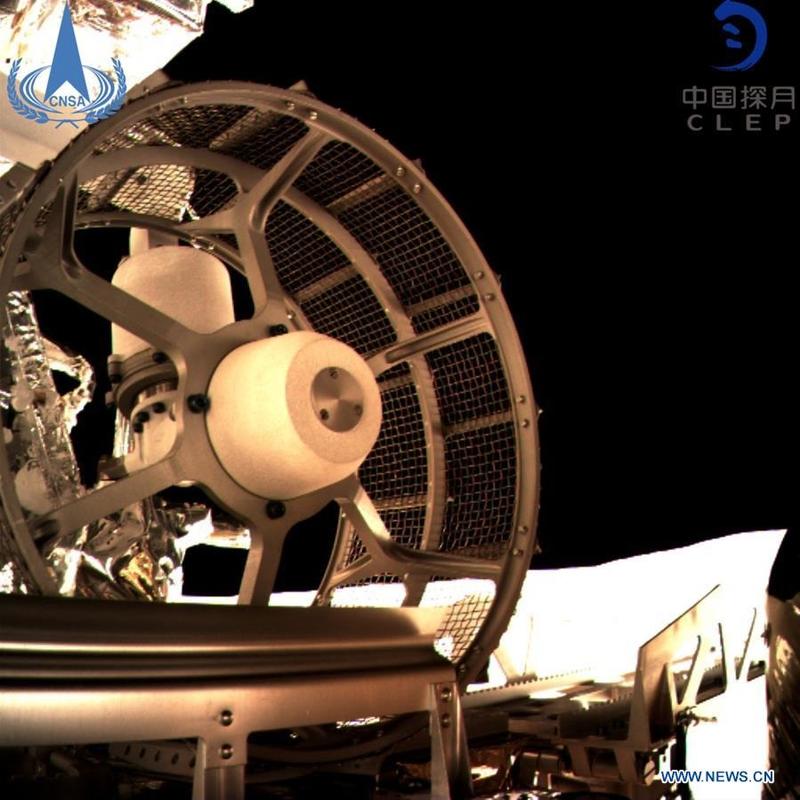 At nighttime on the moon, temperatures can drop to about minus 180 degrees Celsius. During the Chang'e-3 mission, the ground control center instructed that the rover would remain dormant each night, said Zhang He, executive director of the Chang'e-4 probe project, from CAST.

Once the sun would rise, Yutu would wake automatically, but it needed ground control to instruct it to start the work mode, Zhang said.

However, Yutu-2 will automatically enter the dormant state according to the level of sunlight, and it can also enter the work state on its own.

"We made this adjustment because communication between ground control and the Chang'e-4 probe on the far side of the moon is not as convenient as communication with Chang'e-3 on the near side," said Zhang.

"How to solve that problem so that it won't happen again was the main challenge in developing the new rover," said Zhang Yuhua, another deputy chief designer of the probe.

"We have improved the layout of the wires on the new rover and taken measures to prevent short circuits. We also made a fault isolation design so that if a problem occurs, it will not affect the whole system," said Sun Zezhou, chief designer of the Chang'e-4 probe.

"Compared with Yutu, our second rover is stronger," said Shen Zhenrong, a designer of the rover, from CAST.

"We are confident our new rover can run farther on the moon and obtain more scientific results," Sun said.