China: Syria constitutional body must be formed in orderly manner 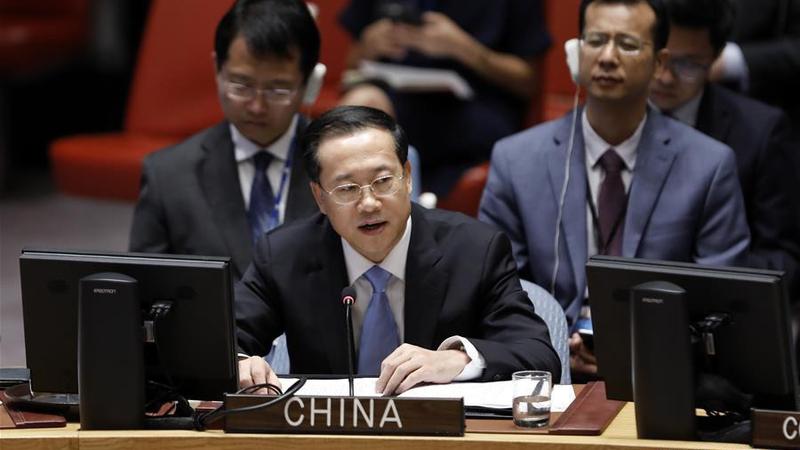 In this July 24, 2018 photo, Chinese permanent representative to the United Nations Ma Zhaoxu speaks at a UN Security Council meeting at UN headquaters in New York. Ma has said resolving differences over formation of the Syrian constitutional committee requires all parties to work together and meet each other half-way. (LI MUZI / XINHUA)

UNITED NATIONS – A Chinese envoy to the United Nations said Friday that Syria's constitutional committee must be formed in a steady and orderly manner.

Resolving differences requires all parties to work together and meet each other half-way, said Ma Zhaoxu, China's permanent representative to the United Nations.

While forming the constitutional committee, a balance must be struck between the legitimate concerns of the Syrian government and those of the other parties in order to make it representative and acceptable to all, Ma told the Security Council.

Participants to the intra-Syrian talks in Russia's Sochi in January agreed to set up a constitutional committee for drafting a new constitution.

The international community should push for the revitalization of a Syrian-led and Syrian-owned political process in which Syria's sovereignty, independence, unity and territorial integrity must be respected, said the Chinese envoy.

Thanks to the efforts of Syrians themselves and the support of the international community, the situation in Syria remains stable and a political settlement process has maintained momentum, he noted, adding that the future of Syria will ultimately be determined by the Syrian people.

China is ready to work with the international community to facilitate the political settlement in Syria and to improve the country's humanitarian situation, he said.