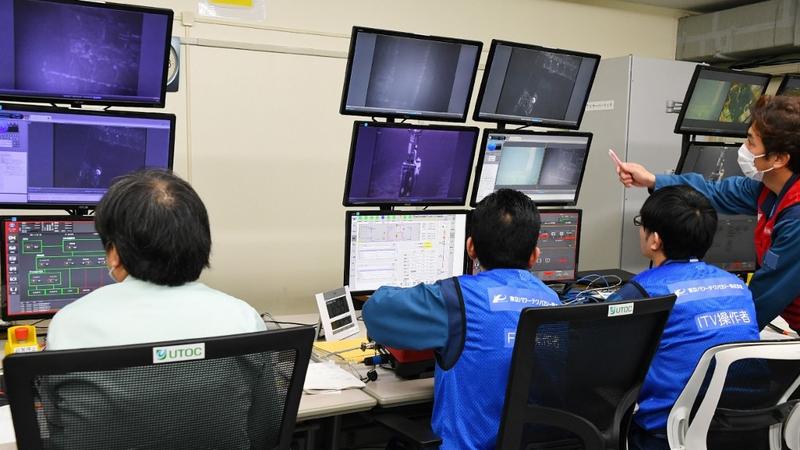 TEPCO operators of the damaged Fukushima Daiichi power plant remove nuclear fuel from the storage pool of the No. 3 unit, one of the reactor buildings damaged by hydrogen explosions in the 2011 disaster triggered by an earthquake and tsunami, in Okuma, Fukushima prefecture, April 15, 2019. (PHOTO / JAPAN POOL VIA JIJI PRESS / AFP)

TOKYO - Tokyo Electric Power plans to scrap its Fukushima Daini nuclear station, located a few miles south of the bigger Fukushima Daiichi plant where three reactors melted down in 2011 after an earthquake and tsunami, Kyodo News reported on Wednesday.

The board of Tokyo Electric Power, also known as Tepco, will formally approve the decision by the end of the month, Kyodo said, without citing sources.

Tepco President Tomoaki Kobayakawa will visit Fukushima and update officials on plans for the Daini station, the company said

Three reactors at Fukushima Daiichi, which had six reactors and is located about 12 kilometres north of Fukushima Daini, suffered meltdowns after the giant March 2011 earthquake and tsunami shut down the plant's cooling systems.

The Daini station, which has four reactors, also came close to a disaster, but retained enough backup power to keep cooling going. Successive Fukushima governors have called for it to be scrapped.

Tepco President Tomoaki Kobayakawa will visit Fukushima and update officials on plans for the Daini station, the company said on Wednesday. The company had said in June last year that it was considering decommissioning the reactors at the Daini station.

A Tepco spokesman told Reuters by email he could not comment further on the issue.

Scrapping the Daini station will leave Tepco with just one potentially operational nuclear station, Kashiwazaki-Kariwa, where it is trying to get two reactors returned to service under new safety regulations against strong local opposition.

It will also leave Japan with 33 reactors, compared with 54 before the disaster: many operators decided to scrap older units that would cost too much to meet new safety standards imposed after the world's worst nuclear catastrophe since Chernobyl in 1986.

A Reuters analysis last year showed it was unlikely that Daini would ever restart. Japan has eight reactors operating and many are still going through a relicensing process under the new standards.