Whizz-kid on the wow factor trail 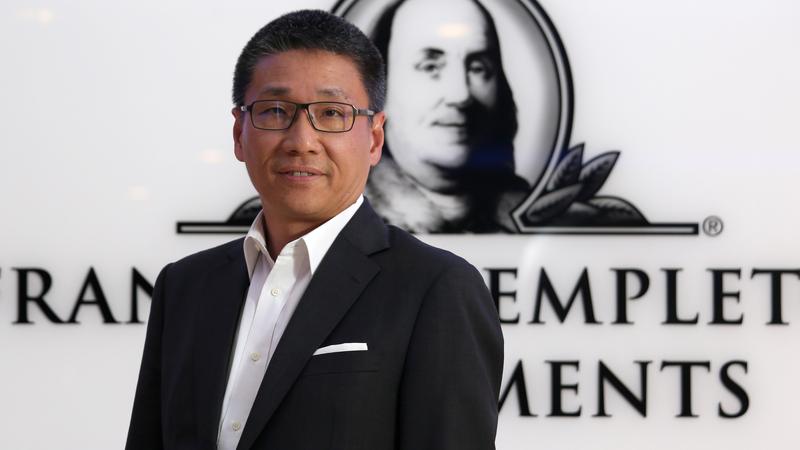 A “man of innovation” — that’s what Hong Kong-born mutual-fund whizz-kid David Chang Wan strives to be.

And, he’s not far off the mark. It was indeed his innovation for knowledge and success that prompted Chang — one of Hong Kong’s financial services top brass — to quit the trust business arena where he had made his name and tap into the mutual fund market, joining Franklin Templeton’s Hong Kong office some 18 years ago.

The company was already a few steps ahead of him at the time, having invested in the Eastern Hemisphere’s international metropolis a good 13 years earlier, placing its bet on Asia’s financial hub as a long-term springboard for expansion across the continent.

The California-based fund manager charted its own course on the Chinese mainland five years later when Deng Xiaoping — the late architect of the country’s economic reform — embarked on his famous southern tour, a move that added flesh to the bones of a mega plan to open up what is now the world’s second-largest economy.

Do not ask for immediate results when you do something. If you feel something is right to do, just go ahead and do it

Franklin Templeton, which has been in the business for more than seven decades, had timed its take-off perfectly with the mainland’s journey to a modern market economy, riding high on the establishment of the “B-share” market in 1992 — an epoch-making decision that made its fledgling security market accessible to investors in Hong Kong, Macao and overseas despite a segmented market that’s reserved exclusively for foreign investors to purchase equities.

“We caught almost every major development wave, taking advantage of the big strides the mainland has made in opening up to foreign investors.”

The fund house took the lead in setting up a joint venture with Sealand Securities in 2004 and another with China Life three years later.

It lost no time in offering services under the qualified domestic institutional investor scheme, which was introduced in 2001, allowing overseas investors direct access to mainland capital markets.

Since 2015, it has joined a couple of foreign asset managers, including Fidelity International and Aberdeen Asset Management, in winning wholly foreign-owned enterprise (WFOE) licenses, and established its WFOE unit in Shanghai’s free trade zone in 2016.

“We grow with the market. We learn the market over time. Whenever the policy is allowed, we just jump on the bandwagon,” Chang tells China Daily.

The US fund manager today is looking to fully embrace the wow factor in what could be the Chinese mainland’s most prominent round of opening-up.

Chang joined a chorus of cheers on undertakings to create a level playing field for foreign investors, who have long been beset with ownership caps that essentially made them marginal players in one of the fastest-expanding financial systems on the planet.

Opening-up has been the buzzword for the mainland this year as it commemorates the 40th anniversary of the nation’s groundbreaking financial reforms.

Foreign enterprises are allowed to compete on an equal footing in a progressive manner with domestic companies in the country’s US$42-trillion financial sector — a historic move that President Xi Jinping and newly-appointed People’s Bank of China Governor Yi Gang had promised at the annual Boao Forum for Asia in Hainan province last month.

“I’ve worked in the financial services industry quite long enough. In the past, when it came to new policies and regulations concerning Asia’s economic powerhouse, the first response we had is ‘Oh, it’ll probably take some time’. But, in recent months, the whole perception has changed dramatically. So many highly-anticipated and game-changing policies have popped up that fund managers like Franklin Templeton have found it hard to catch up with,” says Chang. “There’s fresh news every other day about China’s opening-up somewhere or doing something new, reinforcing the fact that we’re in the midst of an exciting time.”

New rules were rolled out at the end of April, allowing foreign investors to take a controlling stake in joint-venture securities companies, and to gradually expand the business scope of foreign-funded banks and insurance brokers as part of a package of measures slated to be put in place by June or year-end.

The new regulations, Chang points out, may not necessarily change Franklin Templeton’s business strategies for the Chinese mainland, where the fund manager currently provides coverage from offices in Beijing and Shanghai.

“It only means we should do more in such a tantalizing multi-trillion-dollar financial services market.”

As the country’s policymakers shift the timeline for opening up its gargantuan financial sector from years to just months, Chang hopes it won’t be just a one-way story about foreign investors fetching more business from the mainland.

What’s equally important is that foreign investors are bringing expertise from other parts of the world into the mainland, whose asset management market remains on track to become the world’s second-largest, next only to the United States, in the coming five to 10 ten years, Chang observes.

The trailblazing policies may signal a new phase for such a giant financial services sector. But just like its Asian counterparts, the mainland’s market remains relatively young and has been known as a playground for short-term, get-rich-quick mentality for years, he says.

“It will take years of investor education to transform the market into a sophisticated and mature one, where mutual funds should play a big role as a saving vehicle for a particular investment objective, including homeownership and education for the offspring, not just for pure speculation.”

Chang believes that a more open and competitive financial sector should offer promising growth for foreign banks, securities firms, asset managers and life insurers, whose government-imposed ownership and business restrictions are set to be eased by June 30 this year.

“The country’s asset management market is gigantic, so much so even a tiny piece of the overall pie should be quite enough to reap juicy profits,” he stresses.

“Yet, competition is always there. Simply because the door has opened up does not guarantee us any specific percentage of the market share. We may cash in on the momentum from the new policies. But, we’ll continue to take a good hard road ahead to build up our pie.”

The winning formula is in people and the connections

David Chang Wan, chief executive officer and regional head of Greater China at Franklin Templeton Investments (Asia), is a firm believer in the value of people and connections.

“As a Chinese proverb goes, when I walk along with two others, they may serve me as my teachers. The more I’m in the financial industry, the more I feel this is the case,” he says.

What impressed the industry veteran most is there’s no shortage of smart and hard-working people striving for the best.

“Stepping out of the ivory tower, one probably thought he’s the smartest person in the world and knows everything. After getting into the financial industry, even up till today, most of the people I have worked with have proved to be very smart and hard-working. That gives me the incentive to keep learning. Otherwise, I would have been lost in the current.”

Such a motto in life encouraged Chang to venture into the unknown territory of mutual fund business in his early 30s, at a time when his career had already taken off with 10 years of hard work in the trust industry.

The “significant turning point” in his career popped up when an acquaintance approached the young upstart with an offer from Franklin Templeton — an offer “with no promotion and a better-than-nothing monthly salary increase of just HK$ 2,000”.

At that time, a trust department of a US-based major bank had already reached out to the rising star, offering him “a big promotion and a 100-percent pay rise”.

After sleepless nights and long talks, he made a decision that turned out to be a good one. He stepped into the mutual fund business with self-confidence and preparation to put in a lot of extra hard work to fight his way out in such a new field.

“Unlike the trust industry, the fund business is a big sector with a good many players vying for a bigger market share and producing a mass of career opportunities, although it’s a totally new industry that I knew almost nothing about,” Chang admits.

“If I had really wanted to make a career switch, that’s probably the right time. Do it when you are relatively young and look at things in the longer term,” he says. “There’re different priorities throughout your lifetime. At that age, money shouldn’t be the key consideration.”

“I’ve done well in the past. What makes me think I won’t be able to learn new stuff and do well in the new industry? In the midst of a world that is moving faster than ever before, don’t think there is such a thing like a ‘comfort zone’ anymore. We all should step out as quickly as we can.”

Chang believes his career story is a living embodiment of how people and connections could deliver a winning growth formula.

The acquaintance that offered the job opportunity in Franklin Templeton had used to work with him. “The reason he remembered me after being out of contact for six years is I had volunteered for a project that helped him restructure the company,” recalls Chang.

That project, where Chang turned out to be the one and only volunteer, gave him the chance to showcase his capability and personality, so much so his name cropped up in the acquaintance’s mind once a job opening appeared.

“Young people can be very short-term. If you’re so calculated, it’s very difficult to be successful. Do not ask for immediate results when you do something. If you feel something is right to do, just go ahead and do it. It will bear fruit somewhere down the road.”

“At the end of the day, if you just rely on policies and regulations, it would be very difficult to get things done. It is the relationship and network you build up that really matters,” he says.