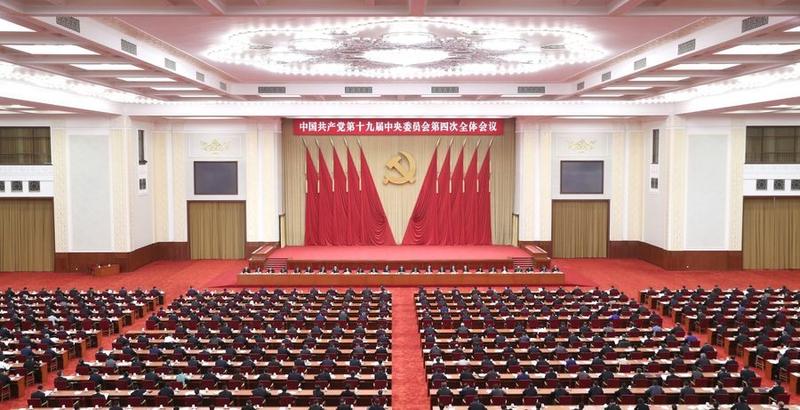 Central authorities will jointly hold a news conference on Friday to explain the proceedings of a key meeting of the Communist Party of China, an uncommon practice that shows the growing openness of the Party, according to a leading expert.

Yang Weidong, law professor at the Chinese Academy of Governance

Officials from the department, the Policy Research Office of the CPC Central Committee, the Office of Central Commission for Financial and Economic Affairs, the Commission for Legislative Affairs of the National People's Congress Standing Committee, the General Office of the National Committee of the Chinese People's Political Consultative Conference as well as the Ministry of Justice, will attend the news conference, the notice said.

They will answer questions from journalists, and simultaneous English translation will be provided, it added.

"It's uncommon to see such a news conference after a plenary session of the CPC Central Committee," said Yang Weidong, a law professor at the Chinese Academy of Governance. "It's an innovation and marks tremendous progress in the Partybuilding."

The CPC Central Committee convenes at least one plenary session each year, as stated in the Party Constitution. Since the 14th CPC National Congress in 1992, each committee has held seven sessions during five-year terms.

When a session closes, a communique is released on the major issues decided upon at the meeting. There is usually no other authoritative explanation on the achievements and spirit of each session.

Yang said such a news conference is a quick means of conveying messages from the key session and is also an effective means for the Party to explain its thoughts and plans to the public.

"I believe such a practice will become routine after future plenary sessions of the Party's leading body," he said.