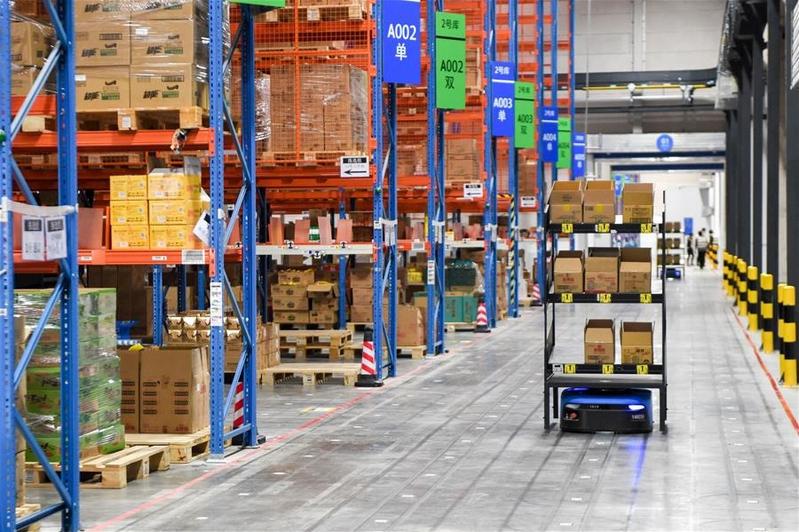 Demand for high-standard warehousing is expected to climb as the Bay Area’s economy grows, according to Gandi Gong, director of business park and industrial services at Savills. (LI BO / XINHUA)

The rapid development of the industry and retail sectors in the Guangdong-Hong Kong-Macao Greater Bay Area will fuel demand for warehouses, fueling the growth of logistics real estate, according to international real-estate advisor Savills.

At present, high-standard warehouses are mainly located in Foshan, Guangzhou and Dongguan, which are believed to be logistics hubs in Guangdong province.

“Currently, the vacancy rate of logistics real estate in the Bay Area remains at a low level,” said Gandi Gong, director of business park and industrial services at Savills.

“For the short term, the vacancy rate is likely to go up as short-term demand cannot catch up with new supply,”

But, he believes that would do little to affect rent prices. “Rental prices for logistics real estate in the Bay Area are expected to be stable.”

According to the real-estate consultancy, Shenzhen’s vacancy rate in logistics real estate is the lowest among nine mainland Bay Area cities — at  2 percent — followed by Dongguan and Foshan at 5 percent. Zhaoqing has the highest vacancy rate of 12 percent.

In the medium-and-long term, Gong said the demand for high-standard warehousing is expected to climb as the Bay Area’s economy grows.

“As there’s little logistics land coming into the market cities like Shenzhen, Dongguan and Guangzhou, new supply of logistics real estate is expected to switch to emerging areas, including Jiangmen and Zhaoqing,” he said.