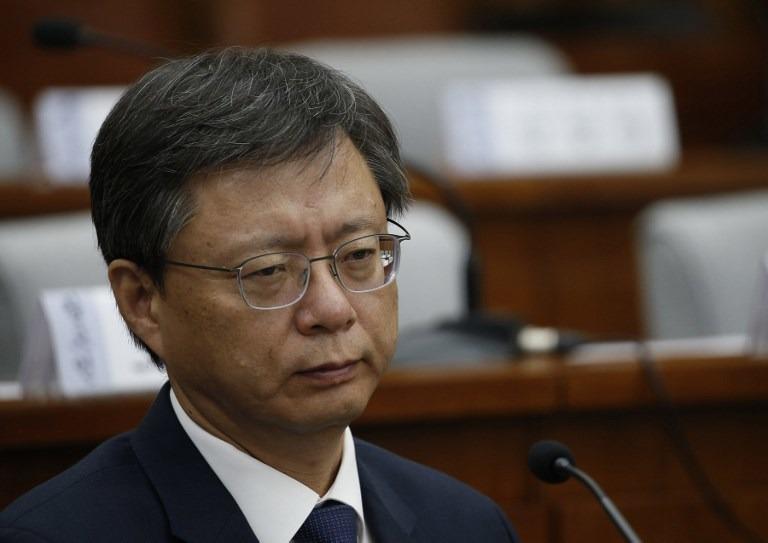 SEOUL - A former aide to former South Korean President Park Geun-hye was sentenced Thursday to two and a half years in prison for seeking to conceal the corruption scandal leading to Park's impeachment.

The Seoul Central District Court sentenced Woo Byung-woo, former senior presidential secretary for civil affairs, to two and a half years in jail for multiple charges including abuse of power and the concealment of misdeed.

Woo was indicted by prosecutors in April last year. Prosecutors demanded an eight-year imprisonment on him.

The court ruling said Woo neglected his duty to inspect wrongdoings committed by Choi Soon-sil, a decades-long friend of the impeached president who was at the center of the influence-peddling scandal.

Choi was sentenced to 20 years behind bars last week for 18 counts of corruption.

The court said Woo's participation in the attempt to conceal the wrongdoing exacerbated the national disorder.

Prosecutors planned to demand a sentence of Park next week, and the court was forecast to hand down its verdict on the impeached president in early April, according to local media reports.