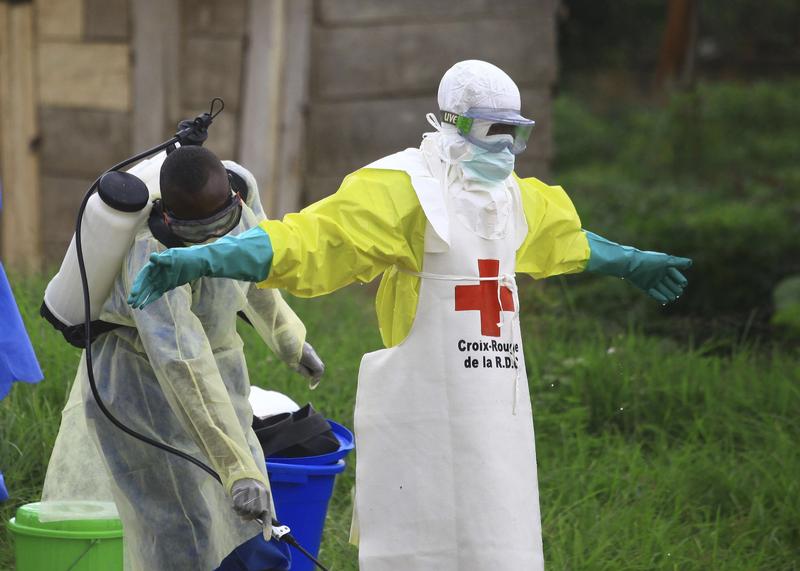 In this Sept 9, 2018 photo, a health worker sprays disinfectant on his colleague after working at an Ebola treatment center in Beni, eastern Congo. (AL-HADJI KUDRA MALIRO / AP)

DAKAR — A quarter of people surveyed in Democratic Republic of Congo's Ebola hotspots believed the virus was not real, a study said on Wednesday, as the world's second-biggest outbreak spreads.

Health workers said public mistrust is now the biggest obstacle to stopping the epidemic, which has infected more than 1,000 people in eastern Congo since July, with many refusing vaccines, resisting treatment and concealing symptoms.

Harvard University researchers found that trust in public authorities had already fallen in the cities of Beni and Butembo before Ebola hit, due to decades of conflict and poor governance.

"It's been three years now that we saw a declining level of trust in those actors, and the Ebola crisis comes on top of that and accelerates the distrust," said Patrick Vinck, author of the study published in British medical journal The Lancet.

"In some ways, we are now paying the consequences of many years of lack of interest and focus on this issue," he told the Thomson Reuters Foundation. 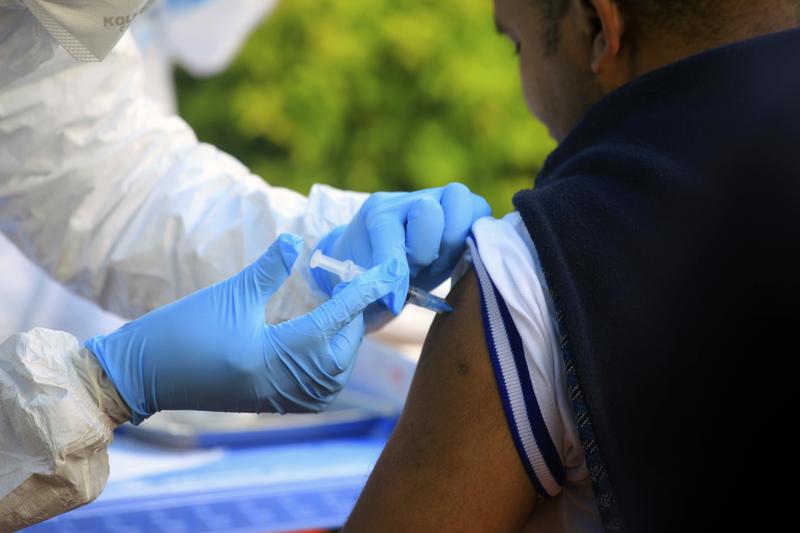 In this Aug 8, 2018 photo, a healthcare worker from the World Health Organization gives an Ebola vaccination to a front line aid worker in Mangina, Democratic Republic of Congo. (AL-HADJI KUDRA MALIRO / AP)

The virus has infected 1,022 people and killed 639 in eastern Congo so far, according to the health ministry. In recent weeks, there has been on average eight new cases per day.

Local militias are active in the area and health workers are often accompanied by police and soldiers for security, which makes villagers suspicious, aid workers said. Ebola responders and centres have been targeted in numerous attacks.

Community resistance is highest in and around Butembo, the latest epicentre of the outbreak, said Jean-Philippe Marcoux, country director for international aid group Mercy Corps.

"We need to - as much as possible and rapidly - scale down the presence of security forces with response teams, because it is creating more harm than good right now," he said.

Although the World Health Organization (WHO) and charities are running community engagement programmes, these have not been well-integrated with the medical response, Marcoux added.

"What worked in Beni might not work in Butembo because the communities are not the same," he said.