US warmongers should go, Iran says after Bolton firing 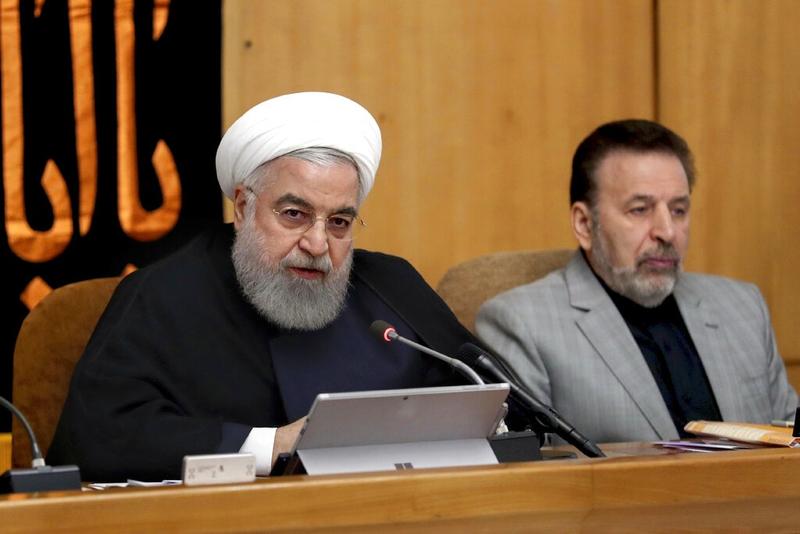 In this photo released by the office of the Iranian Presidency, President Hassan Rouhani speaks in a cabinet meeting in Tehran, Iran, Sept 4, 2019.  (PHOTO / AP)

TEHRAN, Iran — Iran's president urged the US on Wednesday to "put warmongers aside" as tensions roil the Persian Gulf amid an escalating crisis between Washington and Tehran in the wake of the collapsing nuclear deal with world powers.

Bolton had for years been critical of Tehran and once promised before an Iranian exile group that they'd be celebrating the overthrow of Iran's government this year.

Bolton's departure also comes amid speculation about Trump potentially meeting Rouhani during the upcoming UN General Assembly this month in New York. Whether such a meeting materializes, however, remains in question, though Iranian comments Wednesday seemed to suggest Tehran would be willing to pin hostilities on the departing Bolton rather than Trump himself.

Rouhani spoke after a Cabinet meeting Wednesday, a day that saw all major newspapers in Iran cover Bolton's departure. The pro-reform Shargh daily newspaper had one large headline that read: "Bolton: A scapegoat for Iran?"

"Americans have to realize that warmongering and warmongers are not to their benefit," the Iranian president said in televised remarks. "They should not only abandon warmongering but also abandon their maximum pressure policy."

Rouhani, in a phone call with French President Emmanuel Macron later Wednesday, repeated his position that if Europe finalizes a way for Iran to sell its oil, Iran would return to the nuclear deal's commitments. He also reiterated that lifting US sanctions would bring Tehran back to the negotiating table with world powers, but the post to his official website detailing the call with Macron did not elaborate on what might be up for negotiation. Rouhani said as long as sanctions remain, "negotiating with the US makes no sense."

Ali Rabiei, a government spokesman, said after the meeting that Bolton's dismissal may help the US have a "less biased" attitude toward Iran.

Though he stressed the dismissal was an internal US issue, Rabiei called Bolton "the symbol of America's hawkish policies and its animosity toward Iran."

Zarif said "the world — minus 3 or 2 panicked cohorts — was breathing a sigh of relief" after Bolton's ouster. "Thirst for war — maximum pressure — should go with the warmonger-in-chief," Zarif wrote.

Gen. Mohsen Rezaee, a commander in the powerful Revolutionary Guard and its former chief, said in a tweet: "We will not be deceived by the sacrificing of Bolton."

Ali Shamkhani, a top Iranian security official and secretary of the Supreme National Security Council, said Bolton's exit has "no impact" on how Tehran views US policy. He said what matters to Iran is US "compliance with international commitments as well as lifting cruel and illegal sanctions," the semi-official Fars news agency reported Wednesday.

Bolton was critical of any potential talks between Trump and leaders of Iran and had persuaded Trump to keep US forces in Syria to counter the Iranian influence in the region.

Last year, Trump pulled the US out of the landmark 2015 nuclear deal that lifted sanction on Iran in exchange for caps on Iran's nuclear program. The US administration later also intensified sanctions on Iran, slashing its sales of crude oil abroad and sending the country's economy into freefall. 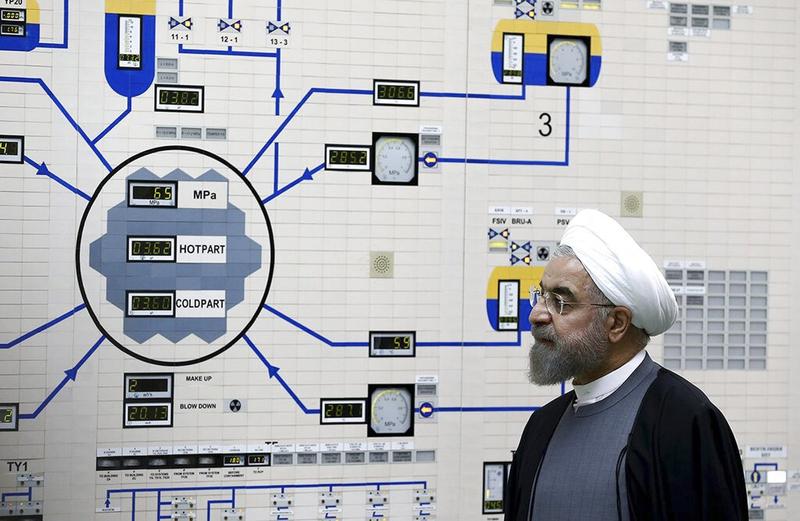 In response, Iran has in recent months crept past the limits the nuclear deal imposed on uranium enrichment and its uranium stockpile. And over the weekend, Tehran announced it would use advanced centrifuges prohibited under the deal.

In response, Iran has in recent months crept past the limits the nuclear deal imposed on uranium enrichment and its uranium stockpile

Meanwhile, mysterious attacks on oil tankers near the Strait of Hormuz, the downing of a US military surveillance drone by Iran and other incidents across the wider Middle East have exacerbated the crisis in the region as Tehran tries to pressure Europe to find a way to sell crude oil abroad despite US sanctions.

Rouhani has called the use of faster centrifuges Iran's "third step" away from the nuclear deal. On Wednesday, he said that "if necessary, we will take other steps in future."

For his part, Bolton was a longtime hard-liner on Iran who favored regime change and took money for speaking engagements from an Iranian exile group reviled by Tehran called the Mujahedeen-e-Khalq, or MEK. Bolton famously wrote in 2015, before Iran's nuclear deal was struck, an op-ed in The New York Times headlined: "To Stop Iran's Bomb, Bomb Iran."

"The declared policy of the United States of America should be the overthrow of the mullahs' regime in Tehran," Bolton told a cheering crowd of MEK supporters in March 2018. "The behaviors and the objectives of the regime are not going to change, and therefore, the only solution is to change the regime itself. And that's why, before 2019, we here will celebrate in Tehran!"

"I don't back away from any of it. Those are positions I took as a private citizen," Bolton said when journalists asked him during a visit to Abu Dhabi in May about his prior remarks to the MEK. "Right now I'm a government official. I advise the president. I'm the national security adviser, not the national security decision-maker. It's up to him (Trump) to make those decisions."

Trump's decision Tuesday was to fire Bolton. What happens next remains unclear.