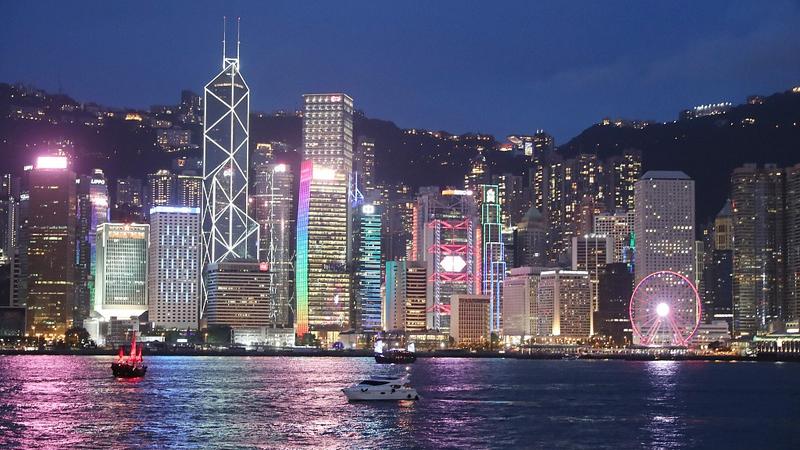 Youth leaders in Hong Kong joined in calls on Thursday for their peers to refrain from any irrational and unlawful acts in expressing their views, warning that a price would have to be paid.

During the protest, demonstrators were seen resorting to provocative acts, including using laser pens to flash at police officers’ eyes

The warning came after protesters, mostly young people, besieged police headquarters in Wan Chai on Wednesday night in the second such pandemonium in less than a week.

During the protest, demonstrators were seen resorting to provocative acts, including using laser pens to flash at police officers’ eyes, to vent their dissatisfaction with the SAR government’s handling of the extradition law amendment bill.

Frankie Ngan Man-yu, president of the youth wing of the Democratic Alliance for the Betterment and Progress of Hong Kong, said such violent conduct had gone way beyond freedom of expression, and is “extremely unacceptable”.

He described youths as the most dynamic force in society, saying he’s happy to see their willingness to engage in public affairs.

But, he stressed that views should be voiced in a lawful and rational manner, and any illegal conduct would cast a long shadow over their future.

He said any attempt to disturb government operations cannot be called heroic behavior, and is not something to be proud of.

Paul Yeung, a young policy researcher, said any breach of the rule of law, a core value cherished by Hong Kong people, should not be tolerated.

He cited illegal acts that had occurred during protests in the past two weeks, warning that law-abiding practices have been challenged.

This is “extremely dangerous” in a stable society like Hong Kong, Yeung warned.

Protests against the extradition bill in mid-June led to violent clashes between demonstrators and police, including that on June 12, in which more than 30 people were arrested, including five for allegedly committing rioting offenses.

Yeung urged youths to remain calm and respect the rule of law for the benefit of themselves and the community.

He also urged the government to listen to the demands of young people more attentively, and offer them more opportunities to express views lawfully.