CASC to carry out 35 aerospace launches in 2018 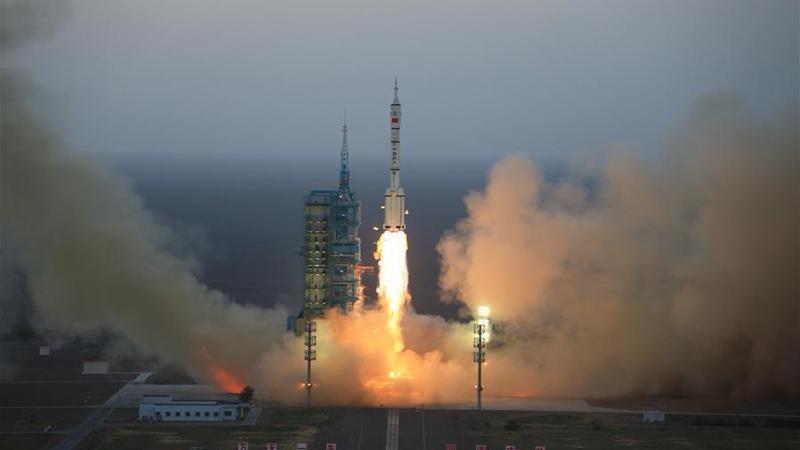 BEIJING - China Aerospace Science and Technology Corporation (CASC) said Wednesday that the corporation would conduct 35 launches in 2018, the most missions in its history.

CASC said 2018 would be its busiest and most important year, as many of its projects would enter key phases

The missions include the launches of the Chang'e-4 lunar probe, Long March-5 carrier rocket and BeiDou navigation satellites, the corporation said.

CASC said 2018 would be its busiest and most important year, as many of its projects would enter key phases, and the numbers of experiments and launches would be the highest in its history.

The company will continue to improve its innovation capability and push forward the commercial development in aerospace industry in 2018, CASC said.

The Chang'e-4 lunar probe will undertake the first ever soft landing on the far side of the moon, conduct in situ and roving detection, and relay communication at the Earth-Moon Lagrangian 2 point, according to China's Lunar and Deep Space Exploration Center.

In 2018, China plans to launch 18 BeiDou-3 satellites to expand navigation services to countries along the Belt and Road routes.