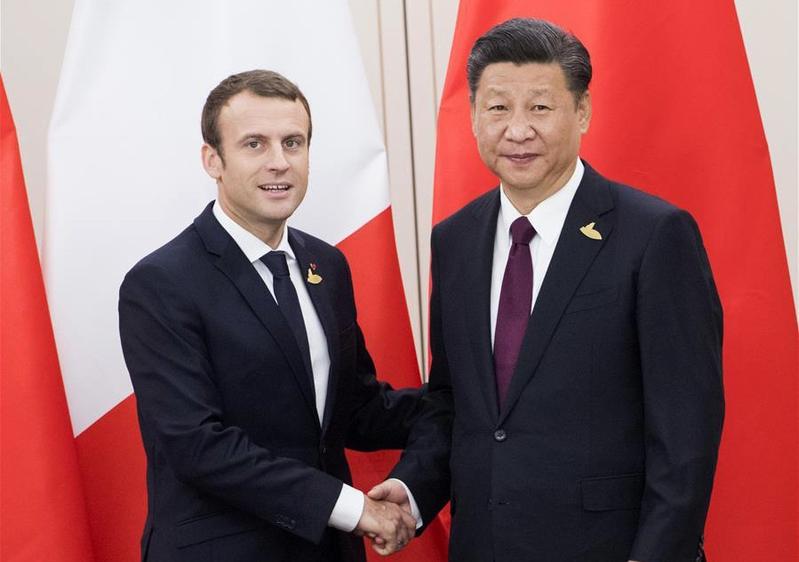 President Xi Jinping and his French counterpart Emmanuel Macron pledged to work together to uphold multilateralism and promote bilateral ties as they exchanged congratulations on the 55th anniversary of the establishment of diplomatic relations on Sunday.

In his message, Xi said exchanges and cooperation between the two nations have seen continuous expansion since they forged official ties, and have brought about tangible benefits to the two countries and peoples.

Saying today's world is facing profound changes unseen in a century, and human development is facing both opportunities and challenges, Xi stated that the two countries－both of which are permanent members of the United Nations Security Council－shoulder a special historic responsibility.

Xi said he stands ready to work along with Macron to carry on the traditional friendship, hold high the banner of multilateralism, and bring the close and enduring Sino-French comprehensive strategic partnership to a higher level so as to make greater contributions to promoting world peace, stability and development.

For his part, Macron said that given rising global uncertainties, France and China play an especially important role in safeguarding the rules-based multilateral international order that features mutual respect.

Noting that he wants to promote stronger bilateral ties, Macron said he is willing to work with Xi to enhance cooperation with China in such fields as nuclear energy, aviation, agriculture and trade, as well as strengthen collaboration on global issues such as climate change.

The two countries kicked off commemorations marking the 55th anniversary of diplomatic ties last week with ceremonies held in both Paris and Beijing.

Rising unilateralism and uncertainties on the international stage will drive China and France to work much closer in upholding multilateralism and improving global governance as well as maintaining international strategic balance, according to a report from the European Union and its members published on July 19.

The report, jointly published by the Center for China-EU Relations at Fudan University and the Shanghai Institute for European Studies, suggested that the two sides should manage their differences in competitive fields to make a bigger pie providing more benefits, and should also expand cooperation in upholding multilateralism through bilateral, regional and global platforms.

State Councilor and Foreign Minister Wang Yi, who wrapped up visits to France and Italy on Saturday, told reporters that the China-France and China-Italy comprehensive strategic partnerships have been enhanced over time.

Both France and Italy have clearly welcomed Chinese investment into their countries, promising not to adopt any restrictions on specific enterprises and discrimination against particular companies, Wang said.

He added that Chinese companies will increasingly turn their eyes to countries worthy of their trust.