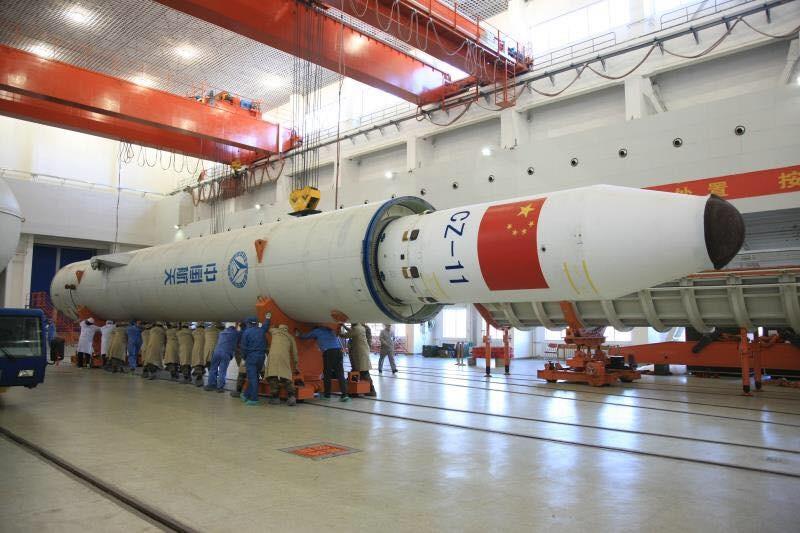 BEIJING — China's first seaborne rocket launch is scheduled for mid 2019 with a Long March-11 carrier rocket set to blast off in the Yellow Sea, said Jin Xin, deputy chief commander of the rocket.

China has achieved a breakthrough in the key technologies for seaborne launches, Jin, of the China Academy of Launch Vehicle Technology, told a press conference by the China Aerospace Science and Technology Corporation (CASC) on Tuesday.

A seaborne launch has many advantages over a land launch, Jin said. For instance, the launch site is flexible, and falling rocket remains pose less danger

The Long March-11, with a length of 20.8 meters and a takeoff weight of about 57.6 tonnes, is the only rocket using solid propellants among China's new generation carrier rockets. It has a relatively simple structure and can be launched in a short time.

After leaving port, the rocket could be launched within a week, said Jin.

The rocket can carry a payload of up to 350 kg to a sun-synchronous orbit at an altitude of 700 km and 700 kg to a low-Earth orbit at 200 km. It is mainly used to carry small satellites, and can take multiple satellites into orbit at the same time.

A seaborne launch has many advantages over a land launch, Jin said. For instance, the launch site is flexible, and falling rocket remains pose less danger.

Using civilian ships to launch rockets at sea would lower launch costs and give it a commercial edge, said Jin.

It will also help lay the groundwork for developing reusable rockets and recovery technologies at sea.

The seaborne launch technology will help China provide launch services for countries participating in the Belt and Road Initiative, he added.

Another three Long March-11 launches on land are also planned this year.

The Long March-11, which made its maiden flight on Sept 25, 2015, has so far sent 25 satellites into orbit in six launches with high reliability and good performance rates.

China to send more than 50 spacecraft into space in 2019

According to the CASC, China is going to send more than 50 spacecraft into space via over 30 launches this year.

The major missions include the third Long March-5 large carrier rocket to be launched in July, said Yang Baohua, vice-president of the CASC, at the press conference.

The cause of the failure has been found, Yang said.

If the third flight is successful, the fourth Long March-5 carrier rocket will be tasked to send the Chang'e-5 lunar probe to the moon to bring lunar samples back to Earth at the end of 2019, he said. 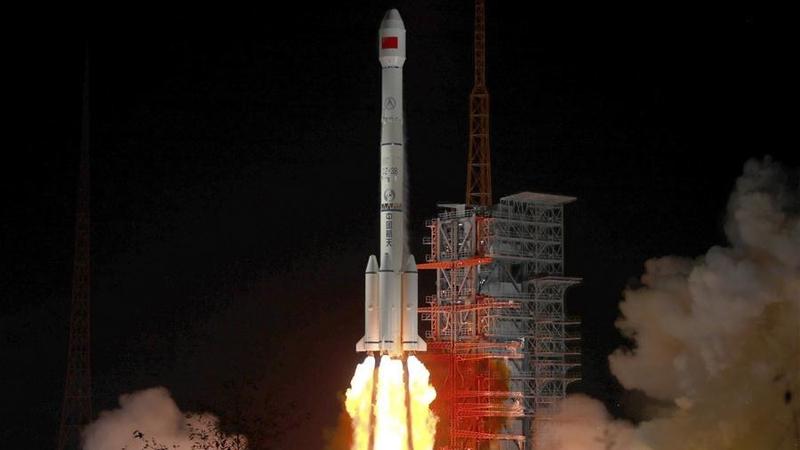 China sends Zhongxing-2D satellite into space on a Long March-3B carrier rocket from the Xichang Satellite Launch Center in Sichuan Province at 1:11 am, Jan 11, 2019. (PHOTO / XINHUA)

More details about the Chang'e-5 probe were also unveiled at the press conference.

The probe will first enter the Earth-moon transfer orbit. It will then slow near the moon to enter the lunar orbit and descend and land on a pre-selected area for ground research work, including collecting lunar samples, said Peng Jing, deputy chief designer of the probe from the China Academy of Space Technology.

After finishing its work on the moon, the ascender will rise from the lunar surface for rendezvous and docking with the orbiter flying around the moon. Then the returner will fly back to Earth via the Earth-moon transfer orbit, reenter the atmosphere and land at the Siziwang Banner (County) of Inner Mongolia Autonomous Region, Peng said.

The lunar samples taken back by the Chang'e-5 probe will be sealed in a container and sent to labs for further analysis and research, he added.

The probe can be divided into 15 sub-systems, including structure, thermal control, antenna, sample collecting and sealing and propulsion. It is composed of an orbiter, a returner, a lander and an ascender.

In addition, joint tests and exercises will be carried out in the Wenchang Space Launch Center at the end of 2019 to make preparations for the maiden flight of the Long March-5B, which will help lay the groundwork for the construction of the space station, said Shang Zhi, director of the Department of Space under CASC.

A test version of the Long March-5B carrier rocket, which will serve China's manned space exploration mission, is now under development, and the research and development of the core module of the country's space station have carried on as planned, Shang said.

The Long March-5B rocket, with a low-Earth orbit carrying capacity greater than 22 tonnes, will be used to launch the core module and experiment modules of China's space station in the future.

China will also send 10 satellites to join the BeiDou Navigation Satellite System (BDS) through seven separate launches this year, which will help complete the BDS global network by 2020, Shang said.

According to the Blue Book of China Aerospace Science and Technology Activities released at the press conference, a total of 18 BeiDou satellites were launched in 2018, marking the completion of the BDS-3 primary system. The navigation system has started to provide global service.