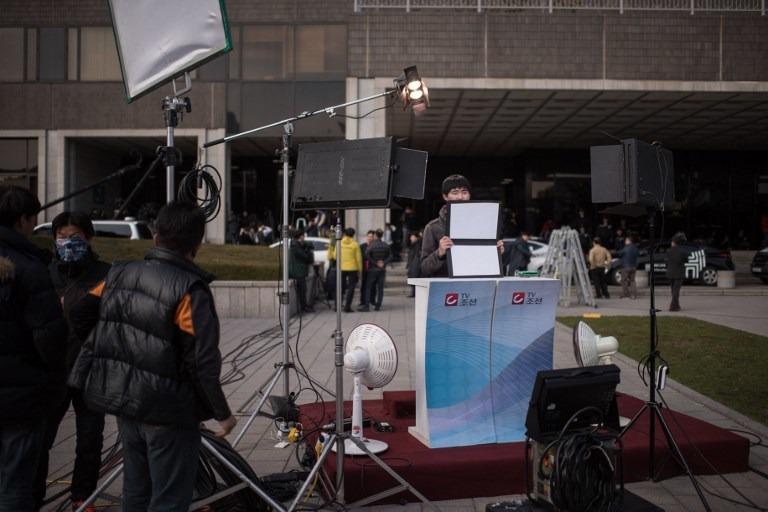 SEOUL — South Korean prosecutors on Friday summoned a former top court chief for questioning over his alleged involvement in a judicial power abuse scandal.
Former Supreme Court Chief Justice Yang Sung-tae, who led the top court from 2011 to September 2017, appeared in the Seoul Central Prosecutors' Office, becoming the first highest court head in the country's history to be called in for interrogation as a criminal suspect.

Yang said outside the top court building that he apologized to the people for causing concerns over what happened during his term, hoping that the current investigation could be conducted from a fair perspective

The 71-year-old was accused of masterminding a so-called "trial dealings," in which the top court ruled in politically and diplomatically sensitive trials in favor of the policy directions of former President Park Geun-hye, who was removed from office in 2017.
In return for it, Yang, then Supreme Court chief justice, allegedly sought to win Park's approval for the establishment of a separate court of appeals, known to have been a long dream of Yang.

Lee Jong-hun, a former deputy chief of the top court's administrative affairs body under the Yang's judiciary branch, was put under custody and indicted in November last year over his involvement in the judicial power abuse scandal.
Before heading to the prosecution office, Yang held a press conference outside the top court building in southern Seoul.
He originally planned to read his statement inside the building as it is his past workplace, provoking the already enraged general public and the worsened public opinion over the judiciary branch.
Yang read his statement in June last year inside the playground near his home in Seongnam, a city to the southeast of capital Seoul.
The trials, which the former top court chief allegedly used as a bargaining chip in the dealings with then President Park's Blue House, included the damages lawsuit filed by four South Korean victims against a Japanese steelmaker for their forced labor during World War II.
A South Korean high court ruled in 2013 that Nippon Steel & Sumitomo Metal Corp must compensate the victims, but the final Supreme Court ruling was delayed amid allegations that then Blue House of President Park demanded it on worry about frayed ties between Seoul and Tokyo.

The Supreme Court under a new chief justice, who was named by incumbent President Moon Jae-in, resumed hearings on the damages suit in August last year, delivering a final verdict in October that upheld the high court's ruling.
Yang said outside the top court building that he apologized to the people for causing concerns over what happened during his term, hoping that the current investigation could be conducted from a fair perspective.
He denied his involvement in the power abuse scandal, asking the general public to believe the judiciary branch as the majority of court judges sincerely served the public in the name of justice.