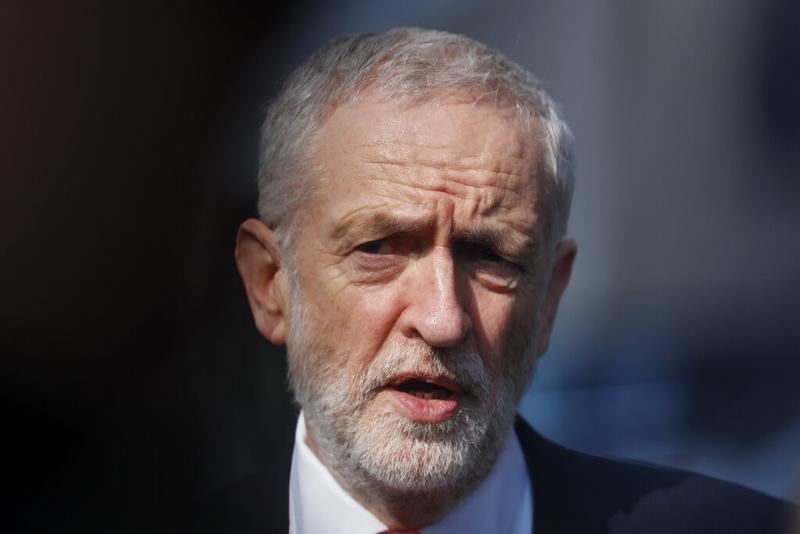 In this March 21, 2019 file photo, British Labour Party leader Jeremy Corbyn speaks outside EU headquarters in Brussels. Corbyn says he has declined an invitation to attend a state dinner with Donald Trump during the president’s visit to Britain in June. (FRANK AUGSTEIN / AP)

LONDON — The leader of Britain's main left-wing opposition party criticized the government Friday for "rolling out the red carpet" for US President Donald Trump's June visit and said he declined an invitation to attend the state dinner in protest.

When he visits on June 3-5, Trump will be only the third American president, after George W Bush and Barack Obama, to receive the full honors that come with a state visit to the UK

Labour Party leader Jeremy Corbyn said he would be happy to meet with Trump but thinks "maintaining an important relationship with the United States does not require the pomp and ceremony of a state visit."

The Conservative government of Prime Minister Theresa May "should not be rolling out the red carpet for a state visit to honor a president who rips up vital international treaties, backs climate change denial and uses racist and misogynist rhetoric," Corbyn said.

Vince Cable, leader of the centrist Liberal Democrats, also turned down a seat at the dinner with Trump.

May was the first foreign leader to meet with Trump after he took office. They met at the White House a week after his Jan 20. 2017 inauguration. That's when May first extended an invitation for Trump to make a state visit to Britain.

May's hospitality generated outage at home. The trip was repeatedly put off amid concerns about anti-Trump protests and Britain's extended Brexit crisis.

When he visits on June 3-5, he will be only the third American president, after George W Bush and Barack Obama, to receive the full honors that come with a state visit to the UK.

Trump and his wife, Melania Trump, traveled to England and Scotland after a NATO meeting last July. The trip included a formal dinner hosted by May — followed by a newspaper quoting Trump insulting May on Brexit — and an audience with Queen Elizabeth II, but it didn't have the pomp Corbyn is objecting to now. 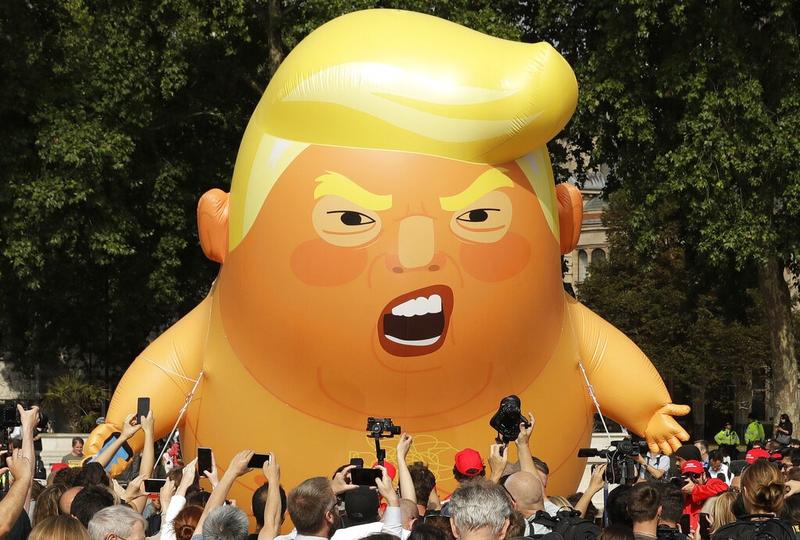 In this July 13, 2018 file photo, a six-meter high cartoon baby blimp of US President Donald Trump is flown as a protest against his visit, in Parliament Square in London, England. (MATT DUNHAM / AP)

Typical features of state visits include ceremonial greetings, a horse-drawn carriage ride and a banquet with the queen at Buckingham Palace.

In June, Trump also is scheduled to attend a ceremony in the southern England naval city of Portsmouth to mark the 75th anniversary of the Allies D-Day landings in France during World War II.