Bank of England raises rates for first time in a decade 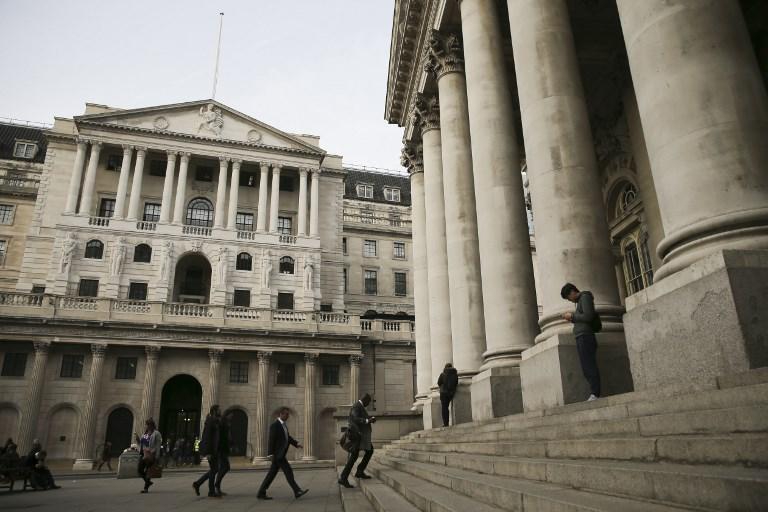 People walk and sit outside the Royal Exchange (right) and The Bank of England in the City of London on Nov 1, 2017. (DANIEL LEAL-OLIVAS / AFP)

The Bank of England raised interest rates on Thursday for the first time in 10 years.

The official rate was increased from 0.25 percent to 0.5 percent, the first rise since July 2007.

The bank had cut the rate from 0.5 percent in August 2016 in the wake of the UK referendum vote to leave the European Union.

Rates had been expected to rise after inflation hit 3 percent for the first time in five years in September.

The pound fell by 1 percent against the dollar in the first 30 minutes after the bank's announcement.

Seven of the nine-strong panel which sets interest rates, called the Monetary Policy Committee, voted in favor of higher rates.

It also repeated previous guidance that future increases in rates would be at "a gradual pace and to a limited extent".

Many commentators expect future rate rises after a period of exceptionally low rates that began after the financial crash in 2008.

"Financial markets may have foreseen the rise but struggling households will be less prepared," the BBC cited Peter Hemington, head of corporate finance at BDO LLP, as saying. "Increased loan and mortgage repayments - along with existing inflation pressures and stagnant wage growth – spell difficult times ahead for UK consumers.''

Mike Harrison contributed to this story.