ROK to scrap intel-sharing pact with Japan amid history feud 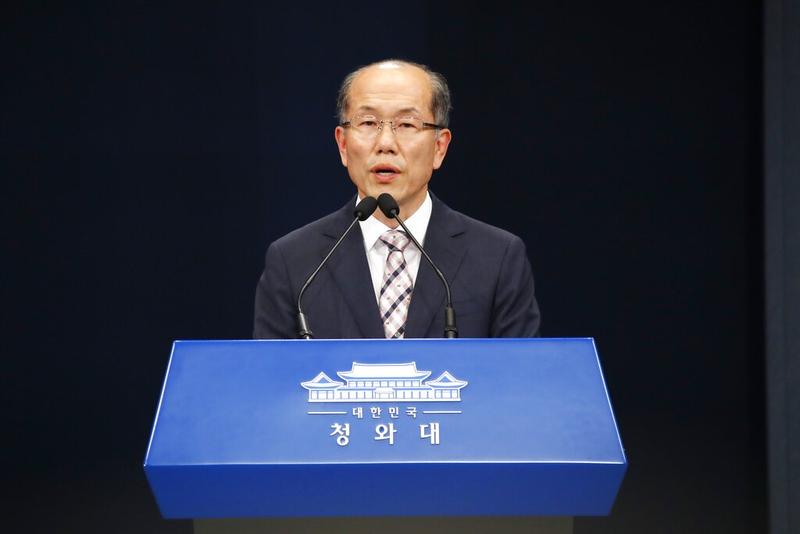 SEOUL — The Republic of Korea (ROK) said on Thursday it will scrap an intelligence-sharing pact with Japan, a decision that could further escalate a dispute over history and trade and undercut security cooperation on the Democratic People's Republic of Korea (DPRK).

The decision was announced after an hours-long debate within the presidential National Security Council (NSC).

The General Security of Military Information Agreement (GSOMIA) was due to be automatically renewed on Saturday, unless either side decided to cancel it.

"Under this situation, we have determined that it would not serve our national interest to maintain an agreement we signed with the aim of exchanging military information which is sensitive to security," Kim said at a news conference.

ROK would deliver a formal notice to Japan within the due date, Kim said.

There was no immediate reaction from Tokyo, but Japanese Chief Cabinet Secretary Yoshihide Suga said before the announcement that the deal bolstered security cooperation between the two countries.

"Although ties between Japan and South Korea are in a very tough situation, we believe we should cooperate with South Korea where cooperation is necessary," Suga told a regular news conference earlier on Thursday.

The decision is likely to be met with dismay in the United States, which fears weakened security cooperation. The accord is important for efforts to fend off DPRK's nuclear and missile threats.

The US envoy on DPRK, Stephen Biegun, raised the issue during a meeting with ROK's deputy national security adviser, Kim Hyun-chong, before the NSC gathering.

The United States played a key role in initiating the hard-won GSOMIA, which was clinched in 2016 after a 2012 plan fell apart in the face of domestic opposition in ROK toward military cooperation with old foe Japan.

Relations between the two US allies are seen at their lowest since they normalized ties in 1965, plagued by bitterness over Japan's 1910-45 occupation of the Korean Peninsula, which included the use of ROK forced labour at some Japanese firms.

ROK had warned it could reconsider the GSOMIA after Japan imposed export curbs on some materials vital to ROK chipmakers and stripped ROK of fast-track export status.

ROK called the Japanese action retaliation for a ROK Supreme Court order for Japanese companies to compensate some of their wartime forced laborers last October.

Japan condemned the ruling, saying the matter was resolved by a 1965 treaty normalizing ties. Japan cited unspecified security reasons for the export controls.