Abbas warns of PA collapse, says US peace deal will not pass 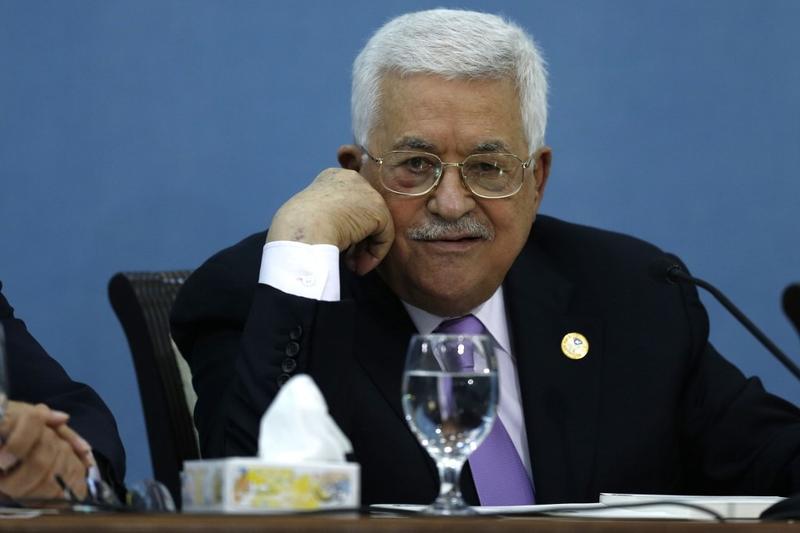 Palestinian President Mahmud Abbas speaks during a meeting with journalists in the Israeli-occupied West Bank town of Ramallah on July 3, 2019. (ABBAS MOMANI / AFP)

RAMALLAH — Palestinian President Mahmoud Abbas warned on Wednesday that the Palestinian Authority (PA) may collapse in case Israel carries on with cutting the tax revenue dues that Israel collects on behalf of the PA.

In a meeting held with representatives, senior editors and reporters of Palestinian and Arab media organizations, Abbas stressed that the US plan for peace in the Middle East, better known as the Deal of the Century, "won't pass."

Abbas was responding to the remarks Jared Kushner, an aide to US President Donald Trump, who said that next week the United States intends to unveil additional details on its peace plan for resolving the conflict between Israel and the Palestinians.

"This deal won't pass and we won't accept it," Abbas told reporters, adding that "I will not dare to gamble with the interest of my people and I will not give up on their rights."

The PA had severed its political ties with the United States since the US declaration in late 2017 that Jerusalem is the capital of Israel and then moving the US embassy to the city in May last year.

Abbas announced that the Palestinians intend to get to the United Nations Security Council "in order to renew the bid for forming a mechanism and a committee to run the negotiations with Israel based on the international resolutions."

Asked about the economic workshop held in Bahrain last week, Abbas said "we said political solution first and then the economic solution, simply because we need dignity, security and an independent state for our people."

We said political solution first and then the economic solution, simply because we need dignity, security and an independent state for our people

The PA boycotted the economic workshop and called on the participants, including Arab states to boycott it and not to participate. The workshop was held to discuss the possibilities of raising funds for the Palestinians and neighboring Arab states.

Israel had decided five months ago to cut from the tax revenue dues it pays to the PA every month, saying that the cuts are the money that the PA pays to Palestinian families, who have children involved in terrorist attacks against Israel.

"The Palestinian side wants to discuss with them (Israelis) these cuts. It is not only the money that we pay to the families, but also the money they cut for electricity and other things without notifying us," said Abbas.

Abbas unveiled that the Palestinian side had appealed to Arab countries to create a financial security network, adding "some countries had positively responded to our request and some others haven't given any answer yet."

The PA is passing through a crucial financial crisis since the Israeli decision, which had been made in February, to cut from the tax revenue dues that Israel collects from the Palestinian trade on behalf of the PA.