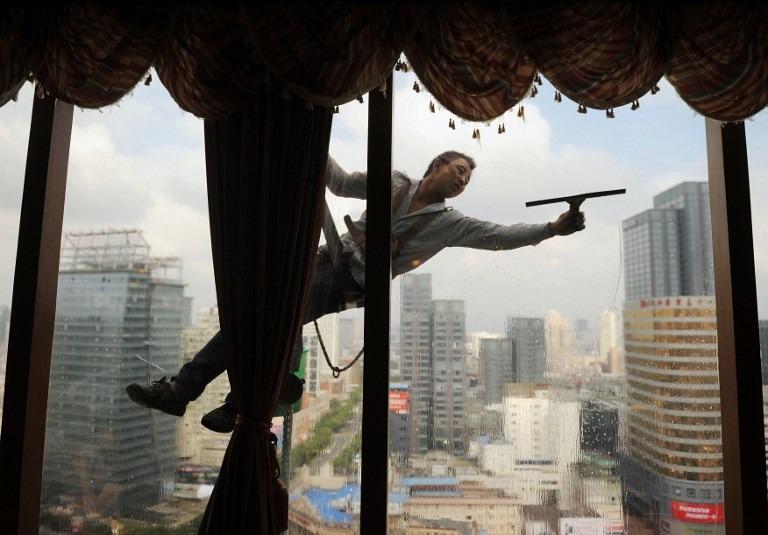 BEIJING — China's Ministry of Culture and Tourism has ordered an investigation into a string of hotels that were exposed as allegedly having serious hygiene issues.

The ministry said it was highly concerned about the cases and has ordered local culture and tourism authorities in Shanghai, Beijing and provinces of Fujian, Jiangxi and Guizhou to investigate.

Most of the affected hotels are part of big international hotel chains. Among them are Conrad Beijing, Le Royal Meridien Shanghai, Shangri-La Hotel Fuzhou. Some have apologized.

Bulgari Hotel Shanghai, which is run by Marriott International Inc, apologized in a statement posted Thursday on Weibo, saying it will investigate and take appropriate action. A similar apology came from The Ritz-Carlton Hotel, which said it would strengthen room-check rules, and work with government to respond.

The video, which was posted Nov 14, shows a housekeeper at the Waldorf Astoria Hotel in Shanghai using a single sponge to clean cups and the sink. The housekeeper then takes the same sponge and cleans the toilet, according to text shown in the video. The hotel chain apologized in a statement posted to Weibo.

At the Bulgari Hotel in Shanghai, a worker is shown reusing a plastic-cup cover fished out of a garbage bin. A worker at a Ritz-Carlton Hotel in Shanghai uses a gel that the video describes as shampoo to clean cups.

The Shanghai Municipal Tourism Administration said the investigation was underway and it would support law enforcement authorities in severely punishing hotels found responsible.

ALSO READ: Shanghai school in hygiene scandal told to clean up its act

The Beijing Municipal Commission of Tourism Development said they had summoned managers of the four hotels involved for explanation and investigation. The city's health authorities have started collecting samples from the hotel premises for testing and the result will be published soon, the authorities said.

Similar investigations are underway in Fuzhou and Guiyang, capital cities of Fujian and Guizhou provinces respectively.

The ministry called for culture and tourism authorities at all levels to tighten monitoring on tourism service quality and vowed to seriously deal with behaviors that gravely impact the quality of tourism services.