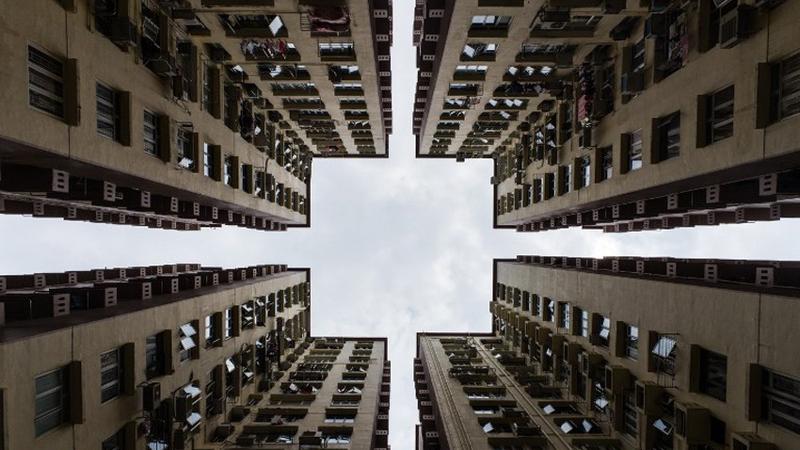 In this Sept 27, 2018 photo, a group of residential buildings is seen in Hong Kong. (ANTHONY WALLACE / AFP)

HONG KONG – Property developers and industry pundits have joined in the chorus that Hong Kong’s real estate sector has begun to sputter, and is heading for a “downturn year”.

They agreed that the still unresolved trade stand-off between China and the United States is taking its toll on the market in a city branded by the latest Demographia international housing affordability survey as the world’s least affordable place to live in for the ninth year running.

There’s still room for local home prices to come down further, Jacinto Tong Man-leung, chief executive of Gale Well Group, said at a “Master-Insight Financial Forum” on Wednesday, predicting falls of up to 15 percent this year.

Centaline Property Agency’s Chairman Shih Wing-ching noted that the first round of the market correction has seen a short-term rebound that was supported by first-time homebuyers’ rigid demand and investors, with fewer speculators and trend followers in the market.

According to data from the Rating and Valuation Department, prices of private residential apartments had declined by 7.2 percent as of November 2018, compared with the peak in July the same year, bringing an end to the property bull  run.

Shih said the most urgent problem for Hong Kong residents is how to come up with the down payment rather than their ability to repay home mortgages. Thus, he urged the government to relax the loan-to-value ratio for first-time buyers.

The forum was also attended by academics and members of the business community, who gathered to discuss investment strategies amid the current economic uncertainties.

Executive Council Convener Bernard Charnwut Chan said Hong Kong should strengthen ties with the Association of Southeast Asian Nations and continue to be the “middleman” in linking the Chinese mainland with the 10-member regional grouping.