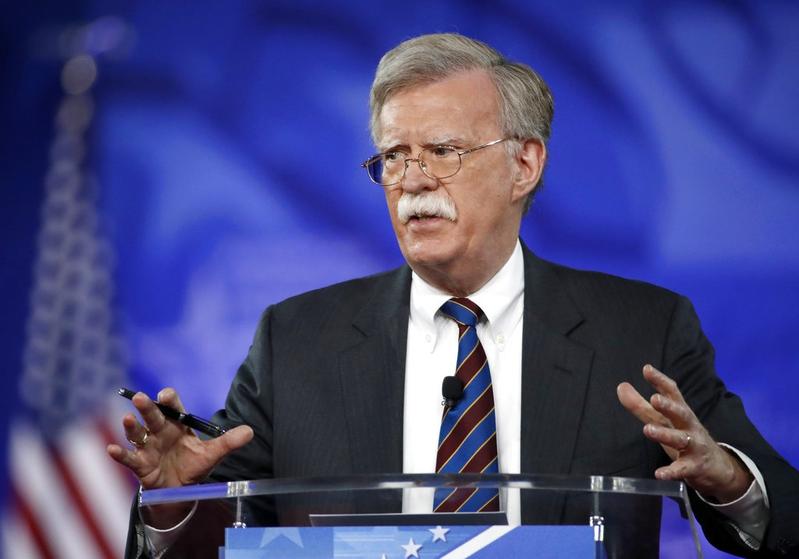 WASHINGTON - US President Donald Trump shook up his foreign policy team again on Thursday, replacing H.R. McMaster as national security adviser with John Bolton, a hawk who has advocated using military force against the Democratic People's Republic of Korea (DPRK) and Iran.

The move, announced in a tweet and a White House statement, came little more than a week after Trump fired Rex Tillerson as secretary of state and nominated Central Intelligence Agency Director Mike Pompeo to replace him.

The shake-up shows Trump, in office for 14 months, surrounding himself with advisers more likely to agree with his views and taking his foreign policy in a more hawkish direction

The shake-up shows Trump, in office for 14 months, surrounding himself with advisers more likely to agree with his views and taking his foreign policy in a more hawkish direction.

What it means for a prospective summit meeting between Trump and DPRK's leader Kim Jong-un is unclear. The meeting is supposed to happen by the end of May, but an exact time and place have yet to be settled on.

Bolton's appointment could doom the already endangered Iran nuclear deal. It could also lead to friction with Trump on how tough to be on Russia, with the president still holding out hope for improved ties with Russian President Vladimir Putin.

The news of Bolton's appointment followed a meeting he had with Trump in the Oval Office. Even Bolton was caught by surprise. “I didn’t really expect an announcement this afternoon, but it’s obviously a great honor," he told Fox News after the announcement. "I'm still getting used to it."

Bolton, 69, is a Fox News analyst who contemplated a run for the Republican presidential nomination in 2016. He is a familiar figure in Washington, with a walrus-like moustache and hard-charging views on many global challenges.

Some members of Congress immediately questioned his selection for the critical position in the White House.

“This is not a wise choice. Mr. Bolton does not have the temperament or judgment to be an effective national security adviser," Democratic Senator Jack Reed said in a statement.

Bolton tweeted on Jan. 11 that time was running out on stopping DPRK's nuclear weapons program. He said: "We’ve got to look at the very unattractive choice of using military force to deny them that capability."

At a time when Trump has threatened to withdraw the United States from the 2015 Iran nuclear deal, unless Europe agrees to change it, Bolton has tweeted that the deal "needs to be abrogated."

He has also called for "effective countermeasures to the cyber war that Russia is engaging." 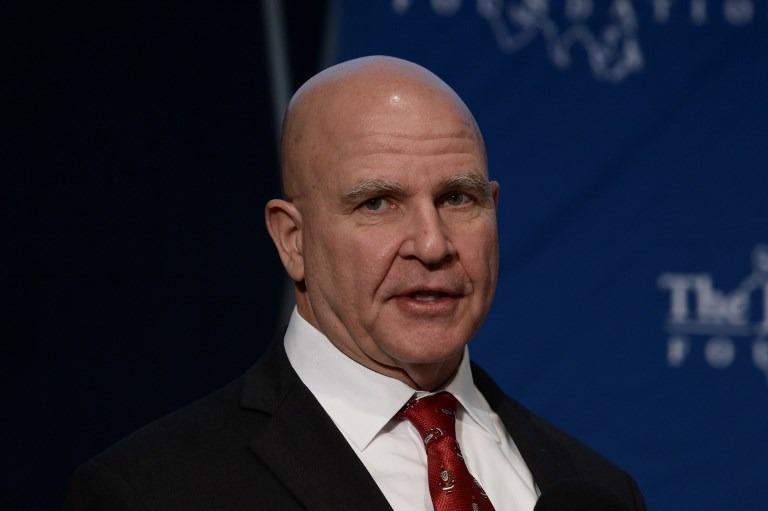 Elliott Abrams, a senior foreign policy aide to former Republican President George W. Bush, praised Trump’s choice, saying Bolton “proved when we were both in the Bush administration that he is an excellent and forceful bureaucrat.”

Whether Bolton, who was US ambassador to the United Nations for Bush, will be able to swallow his own views has been debated by foreign policy experts since he appeared on Trump's radar. His hiring does not require US Senate confirmation.

Bolton said in the Fox News interview that his past statements on various issues were behind him and he would be an honest broker ensuring the president sees all the options available to him.

"The important thing is what the president says and the advice I give him," he said.

“Bolton has long been an advocate for pre-emptive military action against North Korea, and his appointment as National Security Adviser is a strong signal that President Trump remains open to these options," said Abraham Denmark, deputy assistant secretary of defense for East Asia under former President Barack Obama.

"We should also expect an even more confrontational approach to China - a trade war may just be the beginning of a broader geopolitical competition,” he said.

Bonnie Glaser, Asia expert at the Center for Strategic and International Studies think tank in Washington, said: “Bolton has long supported regime change in the DPRK and closer ties with Taiwan. Fasten your seat belts.”

As the State Department's top arms control official under Bush, Bolton was a leading advocate of the 2003 invasion of Iraq- which was later found to have been based on bogus and exaggerated intelligence about President Saddam Hussein's weapons of mass destruction and ties to terrorism.

McMaster, hired early in Trump's presidency to replace scandal-tarred Michael Flynn as national security adviser, had widely been expected to leave soon. Trump found McMaster's style grating. The two had frequently clashed in meetings and Trump had been looking for a replacement, advisers said.

The White House said Trump and McMaster had "mutually agreed" that he would leave. "I am very thankful for the service of General H.R. McMaster who has done an outstanding job & will always remain my friend," Trump's tweet said.

"The two have been discussing this for some time. The timeline was expedited as they both felt it was important to have the new team in place, instead of constant speculation.

This was not related to any one moment or incident, rather it was the result of ongoing conversations between the two," a senior White House official said.

The announcement came a day after Trump was angered by a leak of information from his presidential briefing papers that said he was advised specifically not to congratulate Putin on his disputed election victory. Trump told reporters he had congratulated Putin.

McMaster, 55, is to stay on until mid-April. He said in a statement he was also requesting retirement from the US Army, in which he holds the rank of three-star general.

White House Chief of Staff John Kelly had been hoping to entice McMaster into another military assignment in order to qualify as a four-star general.