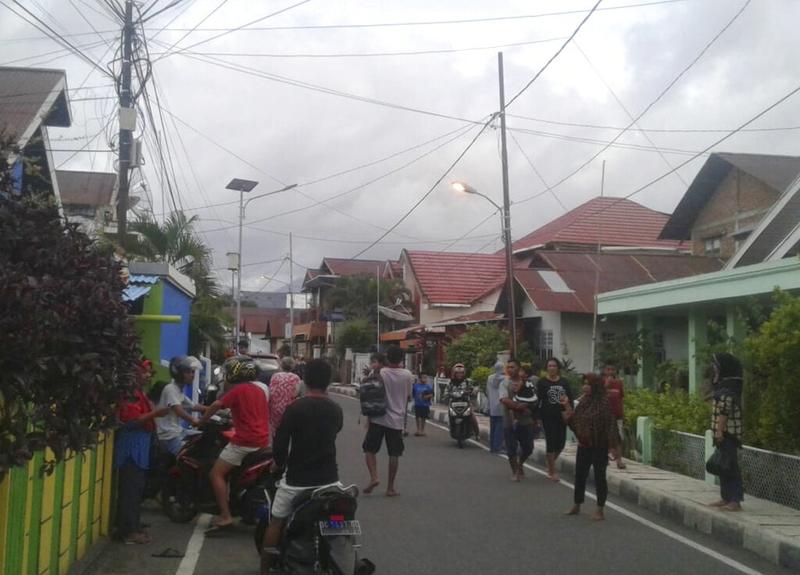 Authorities said there was no tsunami risk from the quake, but many people ran to higher ground anyway

The magnitude 7.3 quake on Sunday was centered 166 kilometers southeast of Ternate, the capital of North Maluku province, at a depth of just 10 kilometers. Shallow quakes can cause more damage.

National disaster agency spokesman Agus Wibowo said two women were killed by collapsing houses and more than 2,000 people have fled to temporary shelters. The quake was followed by at least 65 smaller aftershocks.

The agency is still assessing the level of destruction but said two bridges and about 58 homes in one village alone, Saketa, were damaged.

Authorities said there was no tsunami risk from the quake, but many people ran to higher ground anyway. TV footage showed people screaming while running out of a shopping mall in Ternate.

The hardest-hit areas, Sofifi and Labuha, only can be accessed by a 10-hour boat trip from Ternate or by small plane, Wibowo said.

With a population of around 1 million, North Maluku is one of Indonesia's least populous provinces. 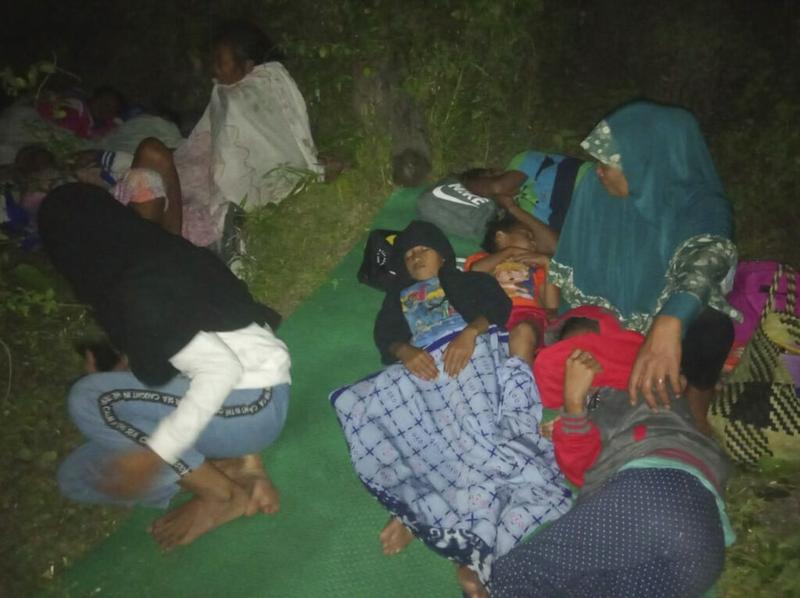 Indonesia, home to more than 260 million people, is prone to earthquakes and volcanic eruptions due to its location along the Pacific "Ring of Fire." A powerful Indian Ocean quake and tsunami in 2004 killed a total of 230,000 people in a dozen countries, most of them in Indonesia.