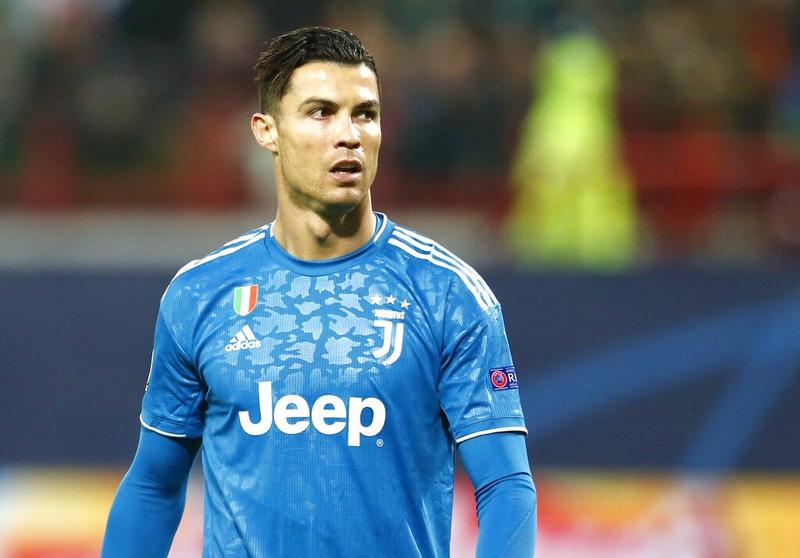 With the Netherlands missing out on Euro 2016 and Italy absent from the World Cup in 2018, some of Europe's traditional soccer powers have surprisingly failed to advance to recent major international tournaments.

UEFA would hate to see Cristiano Ronaldo miss out, but his team has lacked a spark in qualifying and is eight points off Group B leader Ukraine

Don't expect any big shocks when qualification for next year's European Championship wraps up over the coming days.

Six teams — Belgium, Spain, Italy, Poland, Russia and Ukraine — have already booked their places in the tournament and the remaining 14 automatic qualifiers will be determined after the final group games.

World champion France, European champion Portugal, and heavyweights such as Germany, England and the Netherlands are in good shape to finish in the top two in their respective groups, ensuring spots in the Europe-wide finals taking place in June and July.

There are big opportunities for Europe's so-called lesser soccer nations, too. Finland, for example, needs only to beat Liechtenstein to qualify for its first major tournament.

France, the World Cup winner last year, is tied on points with Turkey in Group H and will secure a top-two finish by beating Moldova on Thursday. In case of an upset in that game in Paris, the French have another shot at qualification at Albania on Sunday.

Portugal, led by Cristiano Ronaldo, is guaranteed to advance in the defense of its title with wins over Lithuania at home and Luxembourg away — the bottom two teams in Group B.

England needs one win from its final two games — at home to Montenegro on Thursday and away to Kosovo on Sunday — to top Group A.

And in Group C, Germany and the Netherlands are tied on points and need a maximum of four points from their final two qualifiers. Both have to play Northern Ireland, which is three points behind in third place.

The last four qualifying spots for the 24-team Euros will be decided in the playoffs in March.

Could Cristiano Ronaldo fail to qualify for a major tournament?

UEFA would hate to see the Portugal star miss out, but his team has lacked a spark in qualifying and is eight points off Group B leader Ukraine.

Portugal is favored to beat Lithuania on Thursday and Luxembourg on Sunday to secure second place.

England will be playing its 1,000th men's international in the match against Montenegro and the occasion will be marked in a number of ways, including recognizing the notable contributions of former players and managers. Players will wear individual "legacy numbers" on their jerseys.

England manager Gareth Southgate is hoping a line can be drawn following scenes last month when his players were racially abused by some Bulgaria fans during England's 6-0 win in Sofia. The game was stopped on two occasions by the referee. England's match away to Montenegro in March was also marred by racist chanting toward England's black players, notably Raheem Sterling.

"The players will want to move on, really," Southgate said. "I think, for all of them, they dealt with it brilliantly and it would be wrong not to discuss it at all but I know that they want to get on with the football."

Kosovo, which was accepted as a member of UEFA and FIFA only in 2016, is third in the group and could secure automatic qualification with a win at the Czech Republic on Thursday and a draw against England.

Finland is the only Nordic team never to have qualified for a World Cup or a European Championship. That could all change this week.

The Finns are second in Group J, five points clear of both Armenia and Bosnia-Herzegovina, and will join Italy in advancing to the finals with a win at home against last-placed Liechtenstein on Friday or if Bosnia fails to beat the Italians. Finland's second chance, if needed, comes against Greece on Monday.

Finland is coached by a primary school teacher, Markku Kanerva, who led the country to a first ever European Under-21 Championship in 2009 and is impressing with the senior team a decade on.

Teemu Pukki has seven goals in qualifying as the team looks to go further than it ever did with past greats such as Sami Hyypia and Jari Litmanen.

The Croatians lead the evenly matched Group E but if they lose to Slovakia on Saturday the World Cup finalists could end up relying on other results to go their way.

Another team in a fight to qualify is Switzerland, which is third in Group D behind Ireland and Denmark, but is a big favorite against Gibraltar.

The playoffs offer a last chance for unsuccessful teams, but it's a complex process.

Sixteen teams who didn't qualify automatically will be ranked according to their divisions from the 2018 Nations League and put into four single-elimination brackets.

At the bottom end, there's the League D playoff, which is guaranteed to hand one team its debut at a major championship. Georgia and Belarus have secured a place in that playoff mini-tournament and will likely be joined by Kosovo and North Macedonia.

The highest division almost certainly won't have enough unqualified teams to make a four-team bracket, so will recruit extras from lower tiers. That could hand League A's Iceland a fortunate draw with League C teams such as Bulgaria and Israel.