By Wen Zongduo in Nanning 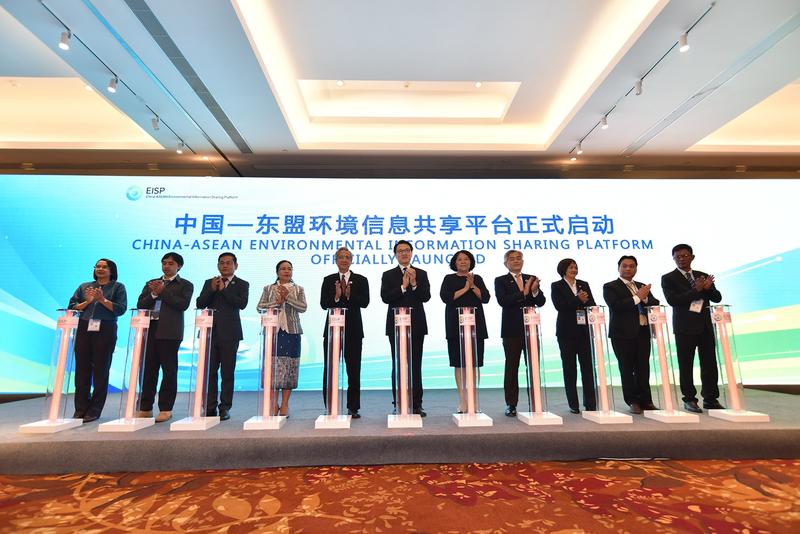 Officials from China and ASEAN countries attend a ceremony to launch the China-ASEAN Environmental Information Sharing Platform in Nanning, China during the 15th CAEXPO. (PROVIDED TO CHINA DAILY)

Building up information-sharing platforms, encouraging model cities, promoting partnerships, and seeking joint participation by all sectors – these typify the cooperative efforts of the Association of Southeast Asian Nations (ASEAN) and China to achieve sustainable and environment-friendly development.

They were joined, among others, by Aladdin D. Rillo, deputy secretary-general for ASEAN Economic Community; Bounkham Vorachit, vice-minister of natural resources and environment of Laos; Albert Chua, permanent secretary of Singapore’s Ministry of the Environment and Water Resources; Heng Nareth, director-general of environmental protection in the Cambodian Ministry of Environment; and Tea Tyhas, vice-governor of Cambodia’s Siem Reap province.

The platform allows for information exchange to identify the best environmental practices, said Rillo. The region needs to ensure a proper infrastructure for the collection of valid data.

As the region faces challenges, the roles of big data and digitalization should be tapped for nations to find sustainable solutions for environmental protection.

“We believe that the digital economy is very important” in the use of data analysis to solve our environmental problems, Rillo said. Such data could evaluate the risks, monitor the changes and enrich people’s understanding. 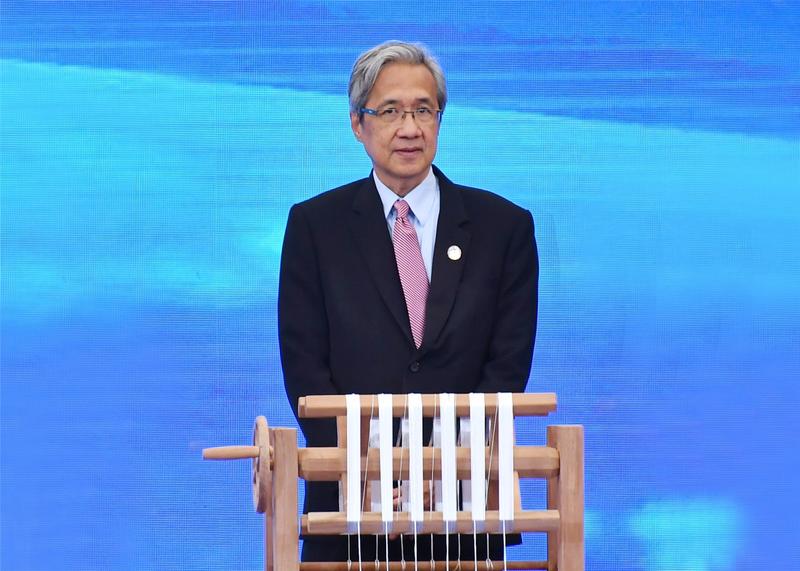 Moreover, everyone should participate in the digital economic era, he said. He called for closer cooperation between government, the private sector and different interested parties so that everyone assumes due responsibility for the common future.

This year, the ASEAN Centre for Biodiversity is working on a report which tells the situation and achievements of the members, said Sheila G. Vergara, the center’s director of biodiversity information management.

She said the center has also built mechanisms to protect its heritage parks, altogether 40, plus four marine heritage parks in Indonesia. It is also working with ASEAN, India and other countries to build up a biodiversity information center.

The need to integrate data for different member countries to share was also highlighted by Alexandre Caldas, chief of country outreach, technology and innovation at UN Environment. He said the UN agency is tapping the potential of big data for the benefit of the world’s endeavors against pollution and plastic waste, among other issues.

At the regional and global level, scientists, policy analysts, decision-makers, donors and the public rely on consistent, reliable, up-to-date information for guiding research, preparing assessments, developing regional and global approaches for sustainable development, facilitating policy action, allocation of funds, and keeping informed on the state and trend of the environment, he said.

Across the region, countries are working toward common goals, though currently at different stages.

Cambodia’s Heng Nareth, in his address, cited examples of Chinese help in waste water treatment and building infrastructure, among others. “We sincerely hope our cooperation with other ASEAN members and China will carry on,” he said.

Key research and development programs could close the waste loop, including both food waste and electronics

Brunei has set up a working group and sub-platforms on air, biodiversity, solid waste and water quality, said Lim Sui Kau, acting director-general of the Public Works Department of Brunei’s Ministry of Development. In July 2018, they released a new framework for action in the next five years.

Vietnam in recent years has adopted an environmental protection law and other legal documents to strengthen the effective management of the environment.

However, Nguyen Hung Thinh, deputy director-general and head of delegation of the Vietnam Environment Administration, noted the country lacks a national system on environmental information, which makes it hard for effective integration and sharing of data.

He said the country has released a directive on environmental data, which specifies data collection and use on land, water and other resources by 2020, and an electronic system for e-governance.

With limited human resources, Thailand earlier this year launched a five-year project to collect information from different agencies and build a database on biodiversity.

Chanwit said Thailand is working to provide one-stop services for the public as well as government departments. The aim is that by the end of the five years, most biodiversity data will be accessible for the convenience of the public and researchers, as well as decision-makers for the country and the region. 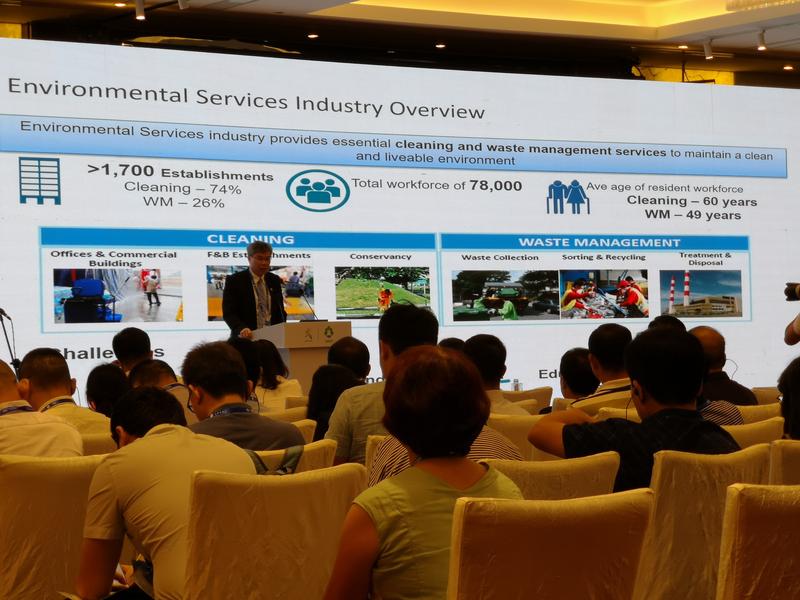 Bounnhong Pathammavong, director, statistics division, at the information center of the Ministry of Natural Resources and Environment of Laos, said the country has detailed plans for development in the coming years, and its databases are connecting some departments and provinces, though not all. They are also collecting data, subdivided into 28 sub-criteria, on the UN’s Sustainable Development Goals (SDGs).

He suggested the region should adopt the same or similar databases, supported by state-of-the art information technology and paving the way for better coordination and sharing of resources.

The digital economy could bring billions of dollars in added income to ASEAN members as it changes the lives of all, said Singapore’s Albert Chua. With the region’s rapid urbanization, he predicted that 90 million people in ASEAN could move to cities by 2030.

Cooperation should be encouraged as it plays a key role in helping people learn constantly and realize smart and sustainable development, he said.

Chua said water is a key issue to Singapore. The city-state seeks to further increase the capacity of water supply, from imports and desalinization as well. It also endeavors to raise the capability of small and medium-sized enterprises in providing digital services in environmental protection.

Key research and development programs could close the waste loop, including both food waste and electronics.

By 2025, desired outcomes will include productive enterprises that enhance services in a sustainable and cost-effective way. The industries will achieve a high degree of automation and innovation with a capable professional and skilled workforce, and Singapore’s environmental services companies can gain a global footprint.

However, many other cities in the region need to catch up. The cities are encouraged to adopt their own implementation plans, said Rocky Pairunan, environment officer of the ASEAN Secretariat.

Pairunan said “candidate” cities are encouraged to implement model projects. The model cities are expected to learn from each other and successfully conduct pilot projects to become next-generation Frontrunner Cities.