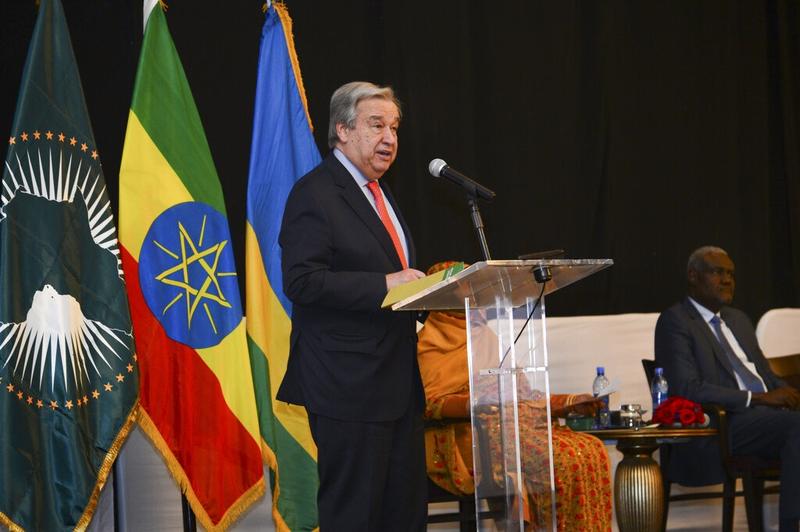 ADDIS ABABA, Ethiopia — The Secretary-General of the United Nations says the world is losing the race with climate change and "this can be a disaster for Africa" and beyond.

Antonio Guterres urged more political will for financing and adaptation as he spoke on Saturday ahead of a summit of the African Union continental body.

He says Africa will pay a "higher price" over climate change because of the dramatic impacts, while the continent "doesn't contribute much" to global warming. Temperature increases will be greater in Africa.

The UN chief also tells reporters that after recent moves toward peace in South Sudan and between Ethiopia and Eritrea, "I believe Africa is becoming an example where it is possible to solve and prevent conflicts."

He hopes that spirit can be extended to the rest of the world.