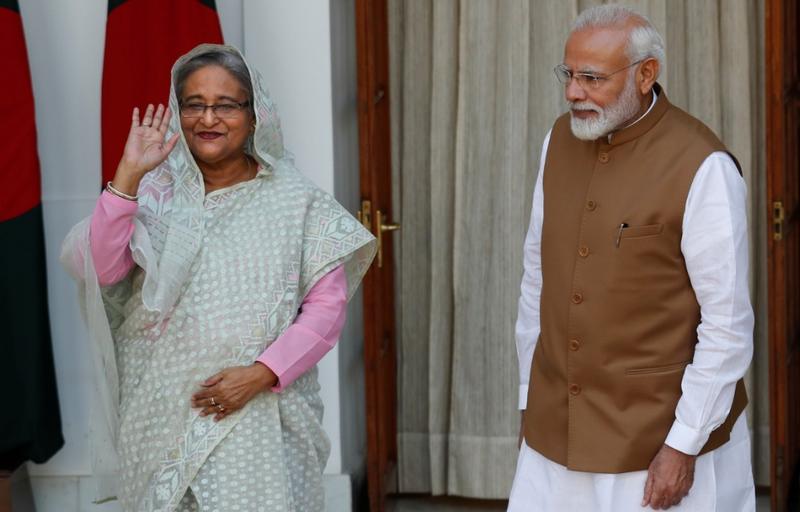 DHAKA — Police in Bangladesh were investigating the killing of a student at a university dormitory allegedly by student activists loyal to Prime Minister Sheikh Hasina after he criticized a recent water-sharing deal with India.

Last weekend's killing has sparked protests at the Bangladesh University of Engineering and Technology in Dhaka. Police have arrested at least 11 students for their alleged involvement, said police spokesman Masudur Rahman.

Hasina has promised justice to the family of Abrar Fahad, a second-year student of the country's leading technology institute.

On Wednesday, hundreds of students and teachers took part in a silent procession on the campus to demand justice.

Friends say Fahad was targeted after he criticized in a Facebook post the deal signed during Hasina's recent visit to New Delhi. He also questioned another deal signed during the same visit for exporting petroleum gas to India from Bangladesh.

The deals, signed during Hasina's trip this month, were seen by many in Bangladesh as going against the country's interests.

The arrests were made after CCTV footage showed an apparently injured Fahad being taken by a group of students toward a staircase from a corridor. He was recovered there after doctors declared him dead. According to the autopsy report, he died of severe internal bleeding from beatings with blunt objects such as cricket game stumps or sticks.

Hasina ordered police to strictly investigate the case because the suspects are tied to the Bangladesh Chhatra League, an influential student body of her ruling party.

Hasina's student organization has faced criticism in recent years for its alleged involvement with various crimes. Last month, she was furious with the two top student leaders after complaints from another public university's vice chancellor that they had demanded ransom from the university involving a multi-million-dollar development project. They were expelled from the organization while Hasina also declared a war against her own party officials for their alleged involvement in illegal casino business in Dhaka and elsewhere.

A security agency has been tasked with conducting raids and arresting suspects, the influential members of the ruling party's youth wing.