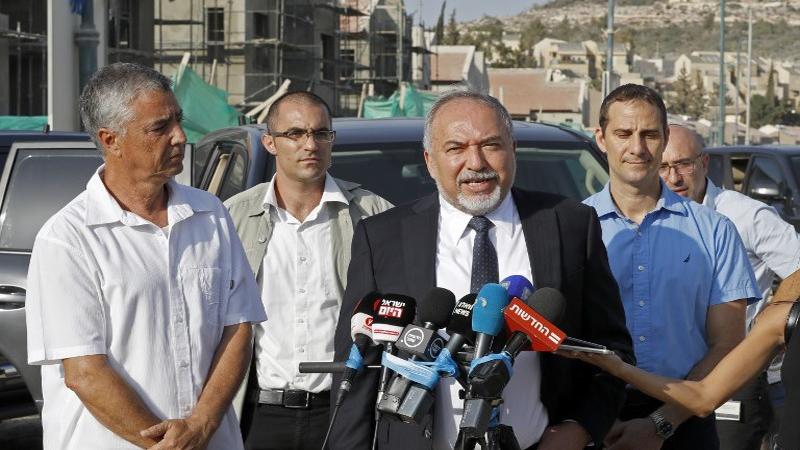 Israeli Defence Minister Avigdor Lieberman addresses the media during a visit to a new construction site inside the Israeli Karnei Shomron settlement in the occupied West Bank on Oct 2, 2018. (JACK GUEZ / AFP)

Avigdor Lieberman says he'll recommend doing so when Israel's security Cabinet meets the following day. The minister spoke on Tuesday during a visit to a military base near the border.

He says it's "the only way to lower the level of violence to zero or close to zero."

Hamas has held weekly border protests for the past six months, aimed at easing a crippling Israeli-Egyptian blockade.

Since March, 155 Palestinians were killed during the protests. Israel says it's defending its border.