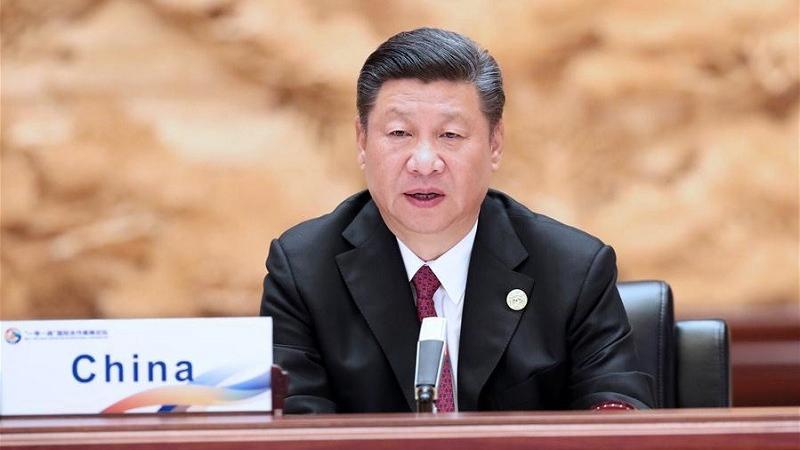 President Xi Jinping's speech in Beijing at the opening ceremony of the Second Belt and Road Forum for International Cooperation embraces the global community and could be seen as having two distinct parts, analysts said.

We should focus on priorities and project execution, move forward with result-oriented implementation, and jointly promote high-quality Belt and Road cooperation

The first part is aimed at the developing world and refining the Belt and Road Initiative blueprint for development; the second part is directed at the developed world, including the United States and the European Union.

Hans Hendrischke, a professor of Chinese business and management at the University of Sydney Business School, said, "If you look at the first part of the speech, Xi addresses some of the criticism that has been made about the Belt and Road Initiative, especially debt, transparency and corruption."

At the opening ceremony of the Second Belt and Road Forum for International Cooperation on April 26, Xi said: "We should focus on priorities and project execution, move forward with result-oriented implementation, just like an architect refining the blueprint, and jointly promote high-quality Belt and Road cooperation."

Xi also assured leaders and delegates from 150 countries that the BRI has "zero tolerance" for corruption, and he pledged financial sustainability of the global infrastructure project.

In a way, it "is saying the concerns expressed by some have been noted and taken onboard," Hendrischke said.

But it is the second part of the speech that should be looked at in a different context, analysts said, where Xi says, "Going forward, China will take a series of major reform and opening-up measures and make stronger institutional and structural moves to boost higher quality opening-up."

READ MORE: Belt and Road has the world in awe

Lee Boon Keng, an associate professor of banking and finance at Nanyang Business School in Singapore, said, "The BRI is a strategic initiative that is meant to bring the world closer, with projects aimed at raising economic prosperity for participating countries."

On the reform measures, Lee said all countries should embrace in order to raise the level of economic development globally, and what China wants is to raise the efficiency and competitiveness of its economy.

"China would continue on these initiatives regardless of the Sino-US trade tension," Lee said.

The trade tension is providing China with an opportunity to make its globalization initiatives clear to the rest of world, hence, the speech is also about China's efforts to embrace the global community, he added.

Lee said China will also benefit from the increase in economic connectivity, but this will not be at the expense of the other countries.

"These reforms, if carried out, will create a huge boost in confidence about the stable functioning of the world trade and investment system," Dutt said. "It will also allow China to transition from a country that benefits from the rules of the global trading system to a country that is a guardian of this system and guides its evolution."

Hendrischke said broadening market access to foreign investment has been a concern not just for the US, but for Europeans as well.

"The five points outlined by Xi signal to the developed world that China has been listening to their concerns," Hendrischke said.

While assuring China's long-term strategy of opening-up, Xi said in his speech that "we may, by engaging in bilateral, trilateral and multilateral cooperation, fully tap into the strengths of all participants".

Many of the BRI's projects are improving transport connectivity by construction of roads, ports, airports and railways, creating a better business climate for foreign direct investment into the BRI.

Biswas said China has introduced several measures for liberalization of foreign capital inflows, such as increasing the areas accessible for foreign capital and simplifying the procedures for establishing foreign-invested enterprises.