Portraits on show at the Art Museum of the Beijing Fine Art Academy trace Qi’s evolution from a rural painter to a true artist. (PHOTO PROVIDED TO CHINA DAILY)

A luminary of modern Chinese art, the late painter, calligrapher and seal sculptor, Qi Baishi (1864-1957) is best known for his flower-and-bird paintings and landscapes.

His works in the former category still enjoy household popularity for their accurate depiction of small insects and for the delightful sentiment of his loose brushwork when depicting aquatic life, such as shrimps and crabs.

His landscapes convey a worldly grandeur, being primarily grounded in distinctive natural scenery during five separate journeys he took across the country in the early 20th century.

These paintings of animals and the extensive views of nature continue to be highly sought-after among art collectors.

An album of 12 landscapes completed by Qi in 1925 fetched 931.5 million yuan (US$131 million) at a Beijing auction in 2017, a record price for any piece of Chinese art on the open market. His second most expensive work ever sold is a flower-and-bird painting which shows an eagle resting on a pine tree.

The popularity of these works has left his portraits a somewhat overlooked part of Qi's oeuvre, although it was the type of artwork that brought him his early fame and earned him an income in addition to working as a carpenter in his native Hunan province.

After moving to Beijing, where he gradually enhanced his reputation and garnered wide acclaim, Qi painted more of his flower-and-bird themed pieces that were being commissioned by dealers or given as gifts to social acquaintances.

It is Qi's paintings of people, however, that offer a glimpse of the ink master's true temperament, which lay hidden behind his often amiable manner.

"While his paintings of figures, both real and mythical, were not in such great demand, Qi mostly worked in this area to satisfy his own creativity. The works, therefore, embrace his personal emotions and original views on art," says Wu Hongliang, director of the Art Museum of the Beijing Fine Art Academy.

The academy, built upon a considerable assembly of Qi's works, is dedicated to the study of the versatile artist and mounts carefully-curated, themed exhibitions based on years of thorough research.

An exhibition currently underway at the academy's art museum, which will run through Oct 16, focuses on Qi's portraits, where the exhibits are drawn from the collections of not only the academy, but also from 11 other cultural institutions. 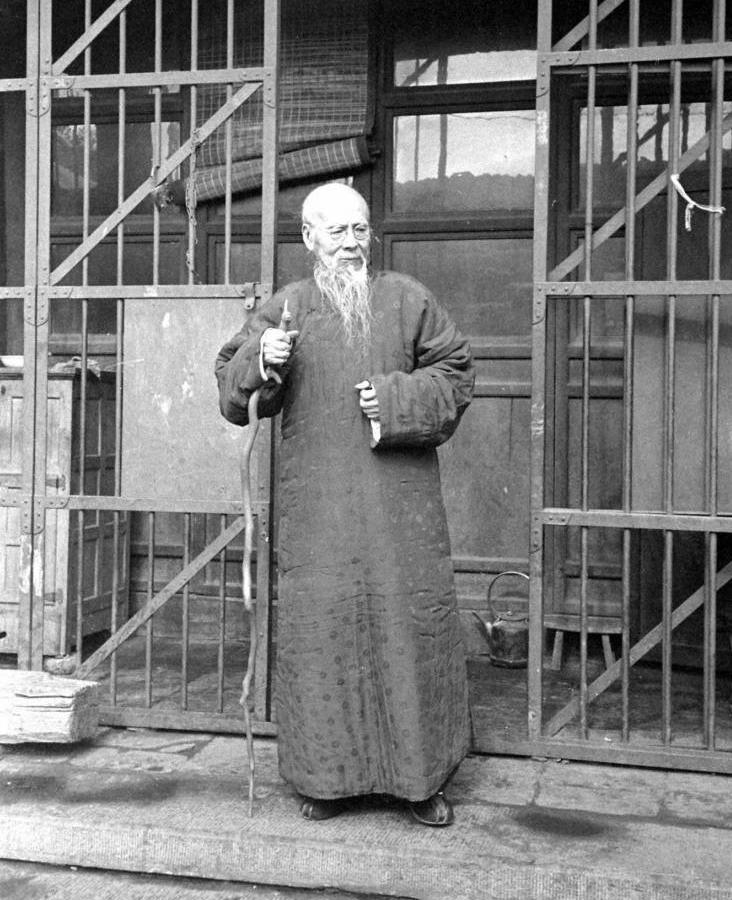 The exhibition's title is a line from one of Qi's own verses: "The less I am known, the more leisurely I feel".

The display of paintings and drawings traces Qi's evolution from a rural painter who primarily produced work catering to the needs of the market, to a true artist who used carefree, abstract brushstrokes to express a generous spirit and a philosophical outlook on life.

Qi's path in life began with portraits. It was not until his 30s and 40s that he began specializing in landscape and nature paintings.

Qi once recalled that he painted his first figure around the age of 8 by copying a picture of Leigong, or God of Thunder, a deity in Chinese folk legend, that hung on the door of his family home.

"From then on, I developed an enormous interest in painting," he said of that watershed moment.

At the early stage of his exploration of art, Qi painted images of deities and portraits for people in his hometown of Xiangtan. These types of pictures were in high demand, bringing him a stable sideline income alongside his profession as a carpenter.

Meanwhile, he developed delicate techniques by painting images of female courtiers. The works on show demonstrate a popular trend of the late 19th century, when the typical features of fair ladies were depicted: a heart-shaped face, arched and elongated eyebrows, a small mouth, sloping shoulders and a body shape suggesting physical weakness, according to Xue Liang the exhibition curator.

Qi achieved such excellence in his technique that his paintings were hailed in his hometown as "beauties of a Qi style".

However, Qi grew discontented with this noticeably commercial style of painting. He began learning from the great painters of the 17th and 18th centuries. He moved away from accurate depictions and gradually adopted looser brushwork.

He painted fewer courtiers, choosing instead subjects like deities from Chinese folk legends, Buddhist figures or random people he met whose faces left an impression on him.

Xue says while Qi often used few lines and applied few colors, usually against a blank background; he was, however, able to create vivid faces and the nuanced differences in expression reveal the subjects' inner world and state of being.

Sometimes when Qi painted these figures, he was profiling his own mentality at the time. The paintings reflect his thoughts about life, people and the world around him.

"We have a saying that life is like a theater play," Wu says. "Under Qi's strokes there are men and women, old and young, deities and people of different walks of life, and at this exhibition, they are performing a play to engage the audience more deeply with Qi's world of art."