Six things to look out for Copa America

RIO DE JANEIRO - The Copa America will kick off on Friday when hosts Brazil meet Bolivia at Sao Paulo's Morumbi stadium. Xinhua identifies six things to look out for in the 2019 edition of the world's oldest international continental football tournament. 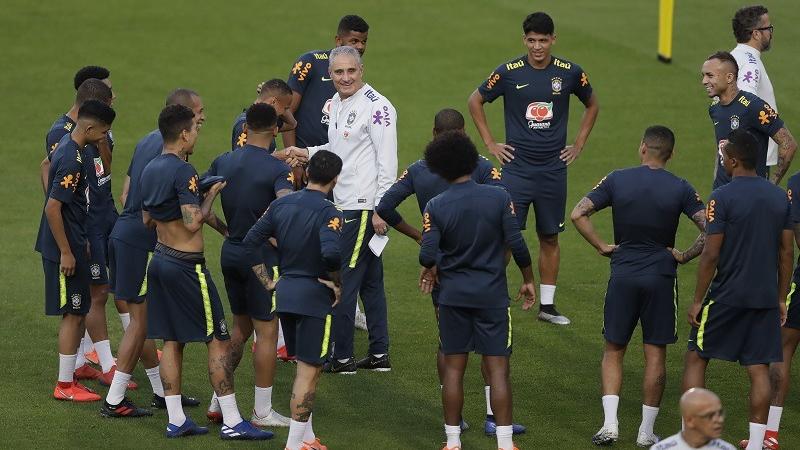 This Copa America marks only the second time since 1949 that the competition has been played in South America's biggest country.

In total, Brazil has hosted the event on just five previous occasions, while Argentina has staged it 10 times, Uruguay seven, Chile seven and Peru six.

In total, Brazil has hosted the event on just five previous occasions, while Argentina has staged it 10 times, Uruguay seven, Chile seven and Peru six

Perhaps even more startling is Brazil's underwhelming record in the competition. The country that has five World Cups to its name - more than any other rival - has won just eight of the 45 completed editions of the Copa America. Uruguay has 15 titles and Argentina 14.

If there is a theory that Brazil has tended to treat the Copa America as a second-tier competition - preferring instead to prioritize the World Cup - that is surely not the case this time around.

Brazil are hankering for silverware after a series of failures at recent major tournaments. The wretched run of results began in 2014 when they were dumped out of the World Cup as hosts with a humiliating 7-1 semifinal defeat to Germany.

A year later, the Selecao were eliminated from the Copa America by Paraguay in the quarterfinals and in 2016 - in the Copa America's centenary edition - they didn't make it out of their group.

There was another disappointment last year when the South American giants were beaten by Belgium in the quarterfinals of the World Cup in Russia.

Head coach Tite will know the importance of winning this tournament to Brazil's demanding football public and it has been suggested that failure to do so might cost the 58-year-old his job.

But it will be no easy task. Brazil have shown a propensity to crumble under pressure in recent years and they were handed a severe blow last week when talismanic forward Neymar was ruled out of the competition with an ankle ligament injury.

In the Paris Saint-Germain forward's absence, the onus to score will fall on an attack that is one of Brazil's youngest in recent memory. Among those vying for a spot in what is likely to be a front three are Everton's Richarlison, Ajax's David Neres and Manchester City's Gabriel Jesus, all of whom are 22.

If the forward line is youthful and inexperienced, the opposite is true for a defense that includes Dani Alves, Thiago Silva, Miranda and Filipe Luis, whose combined average age is 34.3.

This Copa America has a plethora of world-class young players, but one name that arguably stands out from the rest is Neres. 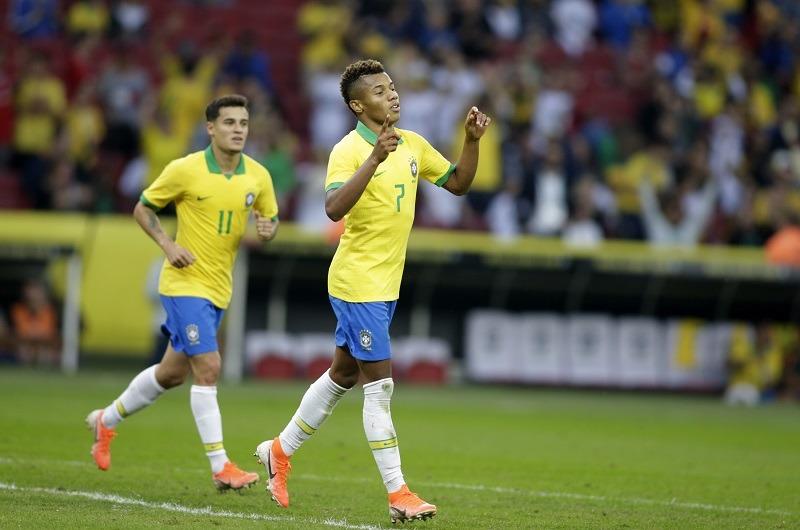 The former Sao Paulo forward enjoyed a scintillating 2018-19 season and is one of the reasons why Ajax made it to the semifinals of the UEFA Champions League, knocking out Real Madrid and Juventus along the way.

Ajax fans can only wonder what might would have been had the 22-year-old not been injured while warming up for the second leg of the semifinal against Tottenham, in which Lucas Moura scored three second-half goals to hand the London club an unlikely victory.

Neres scored his first international goal in Brazil's 7-0 rout of Honduras on Sunday and Tite strongly hinted in his post-match press conference that the Selecao No. 7 would be handed a starting role against Bolivia.

A strong showing at the Copa America would further fan rumors that Neres will leave Ajax in the summer. Real Madrid, Liverpool, Chelsea and Arsenal are reportedly among the clubs vying for his signature.

Brazil's recent contretemps pale when compared to Argentina's woes in major tournaments and the Albiceleste have not won a senior men's trophy since the 1993 Copa America. 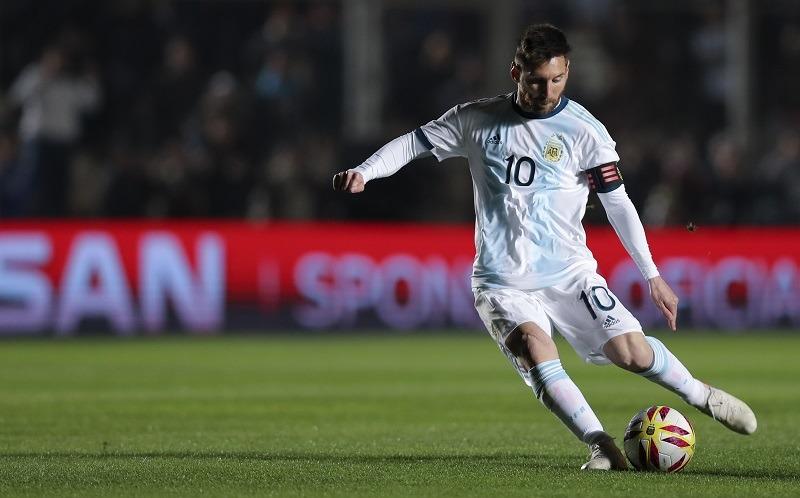 They came painfully close in 2014, 2015 and 2016, when they were beaten finalists in the World Cup and then two successive Copa Americas. On each occasion the two-time world champions were on level terms with their opponents after 90 minutes of normal time.

As ever, Argentina will pin their hopes heavily on Lionel Messi. The Barcelona forward looks to have renewed his enthusiasm for the national team since returning from an eight-month self-imposed international exile in March. Perhaps even more encouraging for head coach Lionel Scaloni is the 31-year-old's apparent affinity with Giovani Lo Celso.

The pair combined superbly during the first half of Argentina's 5-1 friendly win over Nicaragua last Friday and the Buenos Aires press corps has waxed lyrical, claiming that Messi finally has the partner that he has long craved with the Albiceleste.

South America has long been renowned for its production line of world class strikers and this Copa America will showcase some of the best attacking talent in the region in years.

Argentina's potent quartet of Messi, Sergio Aguero, Paulo Dybala and Lautaro Martinez will attract much of the attention but Uruguay, Colombia, Argentina, Venezuela and Peru also have their attacking aces.

Uruguay strikers Luis Suarez and Edinson Cavani have scored 102 international goals between them and are showing no signs of slowing down despite having both turned 32.

Colombia's Duvan Zapata is coming off a sublime season in Italy in which he netted 28 times in 48 matches across all competitions for Atalanta. The 28-year-old has continued that form with the national team, scoring his first international goal in Colombia's 3-0 friendly win over Peru on Sunday.

Another forward in ominous touch is Venezuela's Salomon Rondon. The 29-year-old scored twice in the Vinotinto's 3-0 win over the United States in Cincinnati on Sunday, having netted 11 Premier League goals an injury-interrupted 2018-19 season.

Peru captain Paolo Guerreo has also rediscovered his goal-scoring instinct, having struck nine times in 13 matches for Brazil's Internacional since returning from a doping ban in April.

Chile cannot lay claim to sharing the proud football history of Brazil, Argentina and Uruguay, but the country's fans are every bit as fervent. 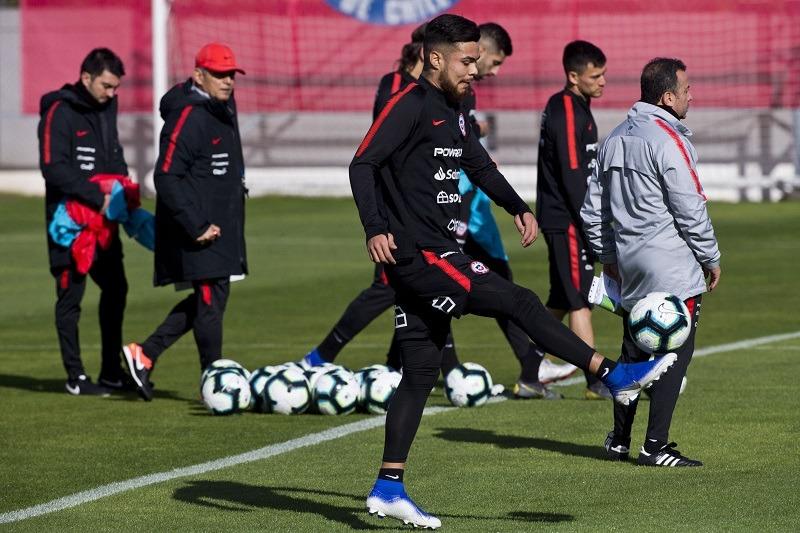 Chile's Paulo Diaz juggles a soccer ball during a training session, in Santiago, Chile, May 30, 2019, ahead of the Copa America in neighboring Brazil. (ESTEBAN FELIX / AP PHOTO)

Last week, the Copa America organizing committee announced that Chileans had acquired more tickets for the tournament than supporters of any other country, with the exception of hosts Brazil.

The most sought-after game involving Chile has been the team's final group fixture against Uruguay at the Maracana on June 24.

Many football journalists who covered the 2014 World Cup witnessed first hand how passionate Chile fans can be.

Before a group match between Chile and Spain at Rio's Maracana stadium, around 200 La Roja supporters stormed the venue's media center after being turned away from sold-out ticket booths.

Nine non-South American nations have taken part in the Copa America as invitees since 1993. This will be Japan's second appearance in the tournament while 2022 World Cup hosts Qatar will take part for the first time.

Other nations to have participated as guests are Japan, Mexico, the United States, Panama, Jamaica, Honduras, Haiti and Costa Rica.

Mexico have twice finished second in the event, the best performance by an invitee.

According to reports in Brazilian media, Qatar and Australia have been sent formal invitations to play in the 2020 Copa America, to be played in both Colombia and Argentina.