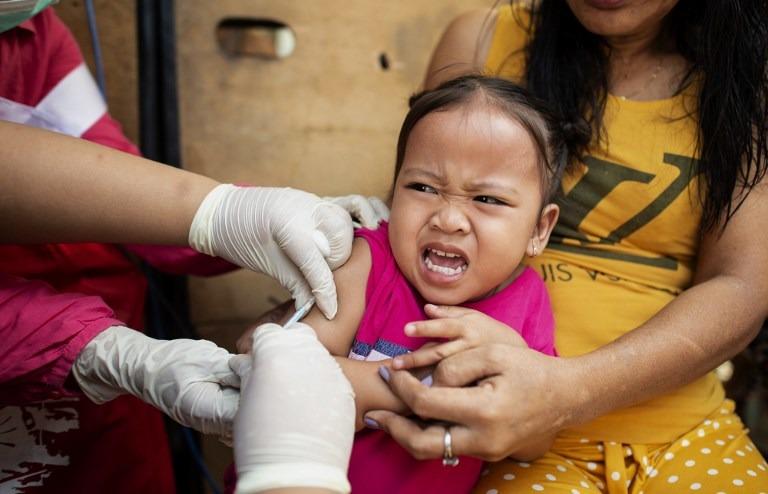 MANILA — The World Health Organization (WHO) warned on Friday that recent measles outbreaks in the Western Pacific region are putting babies, children and young people at risk again and threatening progress in efforts to wipe out the most contagious human disease.

"In recent months, we've seen how swiftly and easily measles can make a comeback in communities where not enough children have been immunized," WHO Regional Director for the Western Pacific Takeshi Kasai said.

The UN health agency recorded a 250 percent increase of measles cases in the region in 2018, with more than two-thirds of them from the Philippines

The UN health agency recorded a 250 percent increase of measles cases in the region in 2018, with more than two-thirds of them from the Philippines.

"The resurgence of measles around the world has resulted in increased importation of the virus to several countries in our region," Kasai said.

"What we want to stop is large-scale outbreaks resulting from those importations," Kasai said, stressing the need to aggressively implement a vaccination campaign to prevent measles from spreading.

Everybody should be vaccinated in all countries, regardless of whether they have achieved elimination, according to WHO guidelines. For a community to be protected, at least 95 percent of children must receive two doses of measles vaccine.

Since 2000, the WHO said more than 21 million lives have been saved worldwide through measles immunization.

The region had historically low levels of measles cases and no major outbreaks in 2017.

"This landmark decline was achieved through steady efforts to vaccinate all children against measles, but last year, measles cases in the region increased by 250 percent, and more than two-thirds of cases were in the Philippines," the WHO said.

So far this year, the Philippines has reported 23,000 cases with 333 deaths, already more than all of last year. "Tragically, most of the cases were among children under five years old," the UN health agency said.

Although every member in the Western Pacific region has committed to eliminating measles, some populations are still missed by immunization programs.

"The lack of national strategies and efforts to increase access to vaccination are part of the problem, especially in hard-to-reach areas. Misconceptions about the effectiveness or safety of vaccines can also complicate efforts to vaccinate children," the WHO said.

"The WHO also encourages countries to address the reasons why children are not being vaccinated in some communities by combating misinformation and improving understanding of the importance and safety of vaccines."

In 2018, the WHO published a Regional Strategy and Plan of Action for Measles and Rubella Elimination in the Western Pacific, which assists countries in strengthening immunization programs and developing national action plans for achieving the shared goal of measles elimination.