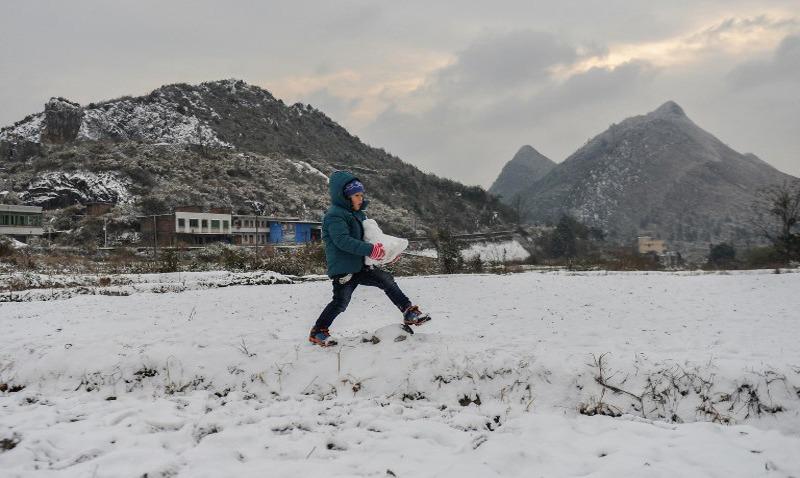 BEIJING - A cold front will sweep across most regions in south China over the next few days, bringing falling temperatures and strong winds, the national observatory forecast on Friday.

The cold front will cause temperatures to drop by 6 to 8 degrees Celsius in various parts of south China from Friday to Sunday, according to the National Meteorological Center (NMC).

In some areas of Fujian and Guangdong southern provinces, as well as Guangxi Zhuang autonomous region, temperatures will drop by more than 8 degrees Celsius.

Meanwhile, the NMC warned the chill is expected to be accompanied by strong winds.

The observatory has urged the public and local authorities to make necessary precautions against the upcoming weather changes and safety risks.

The center also renewed a blue warning for the cold wave, the lowest alert on the country's four-tier weather warning ranking system.