Harry and Meghan travel in different style on Australia tour 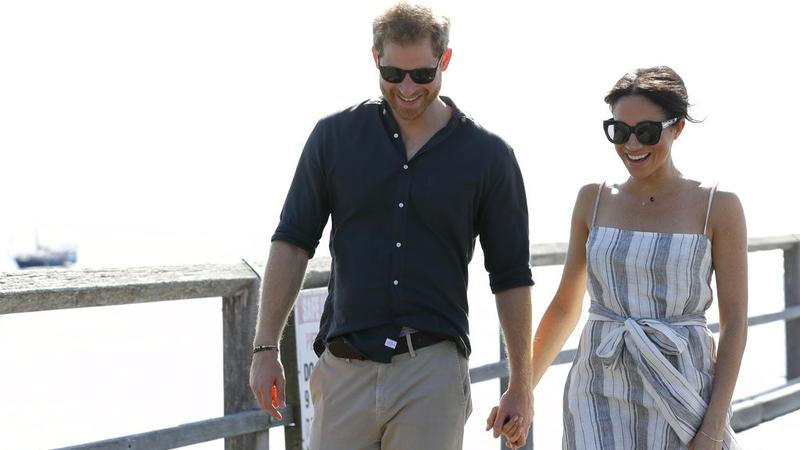 Britain's Prince Harry, left, and Meghan, Duchess of Sussex walk along Kingfisher Bay Jetty during a visit to Fraser Island, Australia, Oct 22, 2018. Prince Harry and his wife Meghan are on day seven of their 16-day tour of Australia and the South Pacific. (KIRSTY WIGGLESWORTH / AP)

SYDNEY — The Duke and Duchess of Sussex took separate boats Monday to Queensland's Fraser Island as their tour of Australia and the South Pacific continued with a reduced schedule for the pregnant duchess.

Prince Harry took a barge for the 43-mile crossing from Australia's mainland to the island, while the former American actress Meghan rode in a far more comfortable cruiser.

Meghan is some four months pregnant and has had her schedule reduced after a hectic start to the 16-day tour.

The Duchess rested for the first part of the day while Harry undertook several engagements focusing on environmental issues. Meghan then delighted onlookers by emerging for a waterside stroll with her husband.

Harry and Meghan touched down midmorning at Hervey Bay, 1200 km north of Sydney, in a Royal Australian Air Force plane. The couple descended the stairs hand-in-hand, before going their separate ways: Harry boarding a bus and Meghan a car.

After their boat crossings, Harry was scheduled for a range of engagements on the world's biggest sand island, known as K'gari — or "Paradise" — in the local indigenous language, on day seven of their Australian tour. 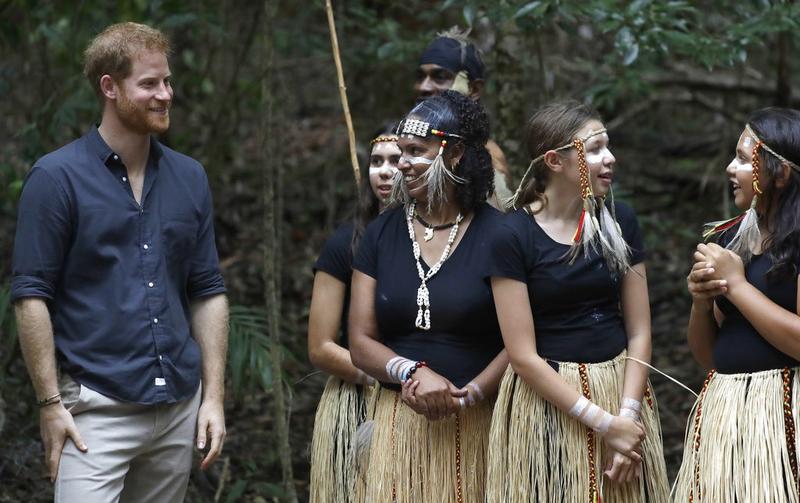 Harry's itinerary also touched on the history of logging on Fraser Island, whose famed hardwood trees were used to build the London's docks in the 1930s. 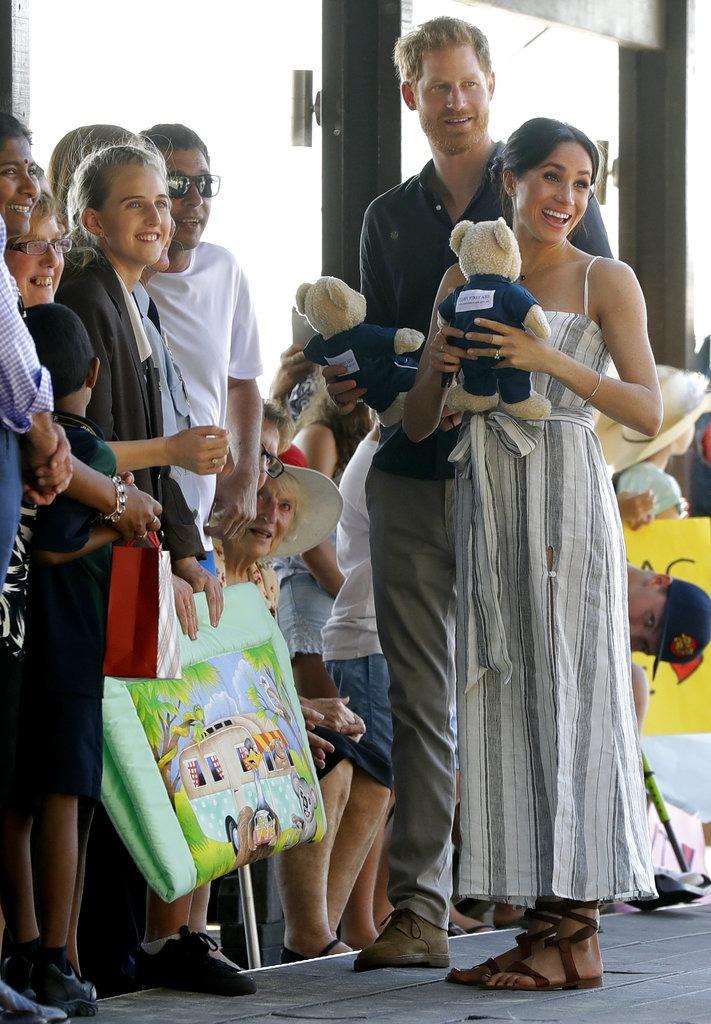 Britain's Prince Harry, second from right, and Meghan, Duchess of Sussex receive gifts from the crowd as they walk along Kingfisher Bay Jetty during a visit to Fraser Island, Australia, Oct 22, 2018. (KIRSTY WIGGLESWORTH / AP)

The paramedics made headlines last year after a photo of them granting a dying woman's wish to see the ocean at Hervey Bay one last time went viral and captured hearts around the world.

Harry and Meghan are due to leave Australia for Fiji and Tonga on Tuesday. They will return to Sydney on Friday night for the final days of the Invictus Games, Harry's brainchild and the focus of their tour, before finishing off with a visit to New Zealand.