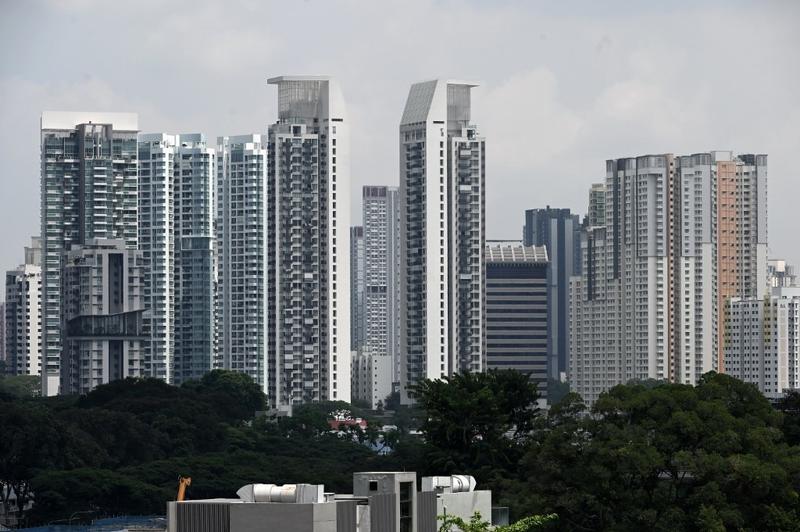 Singapore’s housing market isn’t turning out to be the beneficiary many may have thought from Hong Kong’s increasingly fraught protests. Instead, investors are looking to cheaper property markets like Malaysia and Thailand.

“People here tend to think there are only two cities in the world — Hong Kong and Singapore,” said Alan Cheong, a Singapore-based executive director of research and consultancy at Savills Plc. “They think if people flee Hong Kong, they’ll all automatically come to Singapore. But everyone isn’t Li Ka-shing. Most are just ordinary salaried workers,” he said, referring to Hong Kong’s richest billionaire.

Singapore is particularly expensive when extra costs, like additional buyer’s stamp duty, are factored in

As anti-government demonstrationsapproach their fourth month, many people with the means in Hong Kong have been looking at contingency plans. They can range from shifting funds abroad to physically moving from the city. Hong Kong has held the title of the world’s least affordable real estate for nine years in a row now, and unhappiness over property prices is one factor fueling the unrest.

In Malaysia, for instance, “a property in central Kuala Lumpur could cost 1,500 ringgit (US$358) per square foot,” Cheong said. “An apartment in a similar area of Singapore would be S$1,500 (US$1,080) or more.” Thailand, meanwhile, is popular for its touristy allure, he said.

Singapore is particularly expensive when extra costs, like additional buyer’s stamp duty, are factored in. Foreigners buying residential property in the city-state since July 2018 pay additional stamp duty of 20%, up from 15% before the government cooling measures were introduced. 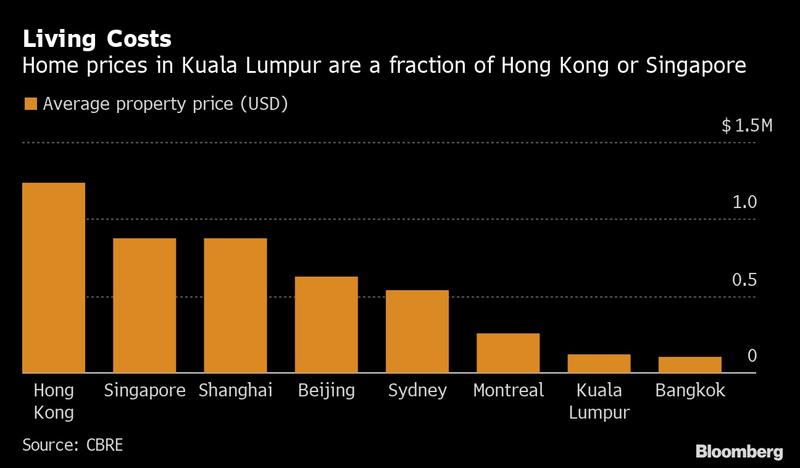 Hong Kong citizens purchased just 12 apartments in Singapore in the first half of 2019, down from 32 in the first six months of 2018. From July through mid-August, when street protests turned violent, there were four sales, data from ERA Research & Consultancy show.

Further afield, Canada or Australia are popular, although not for those wanting to remain close to Hong Kong with a view to perhaps one day moving back.

Based on feedback received, Hong Kong buyers are attracted to Malaysia due to the country’s “tropical weather, cleaner air, good education system, attractive properties and mix of Asian values and Western infrastructure”

The interest from Hong Kong has seen several foreign developers fly agents and staff to the city for seminars and sales events. Malaysia’s Mah Sing Group Bhd said it had been doing personalized consultations for prospects in Hong Kong, encouraged by significant sales in the past of apartments along the Penang seafront and in Kuala Lumpur.

Leong said that based on the feedback received, Hong Kong buyers are attracted to Malaysia due to the country’s “tropical weather, cleaner air, good education system, attractive properties and mix of Asian values and Western infrastructure.”

Singapore developers are also trying to get in on the action. Oxley Holdings Ltd said it had been actively engaging property agents in Hong Kong to market a recently launched Singapore condo, Mayfair Modern. M+S Pte, a venture between Singapore’s Temasek Holdings Pte and Malaysia’s Khazanah Nasional Bhd, had its Marina One Residences project marketed last weekend in Hong Kong by Centaline, the project’s sole agent in the city.

“We received a strong response as people here are already familiar with the Mah Sing brand and confident about our products,” Group Managing Director Leong Hoy Kum said. “This time, we’re introducing products from Johor as well, to give a variety of options for buyers.” 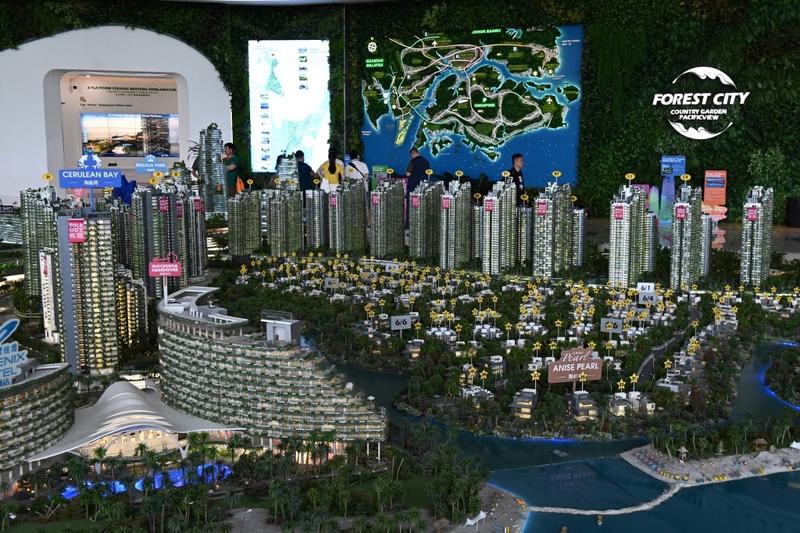 To be sure, it isn’t that Hong Kong buyers are actively avoiding Singapore, just that many simply don’t have the money to move to a city where property is also quite pricey. For those who can afford it, they like Singapore’s active resale market, Mak said. He also said Singapore developers were sometimes viewed as more reliable, with better quality projects.

“Professionals are interested in Singapore because it’s politically stable and safe,” said David Hui, a Hong Kong-based general manager at Centaline who was at the Sunday event. They’re mostly in “finance or law, or owners of businesses over 35.”

Yet even Hui said for all the talk of relocating to Singapore, it was the Malaysian apartments selling, with transaction volumes in some areas up as much as 50%.

“Malaysia is very popular now — we get inquiries every day,” he said. “It’s the option for more ordinary people as property prices are much lower.”

“The Hong Kong protests are like hitting a beehive with a stick,” Savills’ Cheong said. “The bees buzz out of the hive, but they’re not all flying to Singapore. They’re going everywhere else instead.”