Tribute to an artistic pioneer 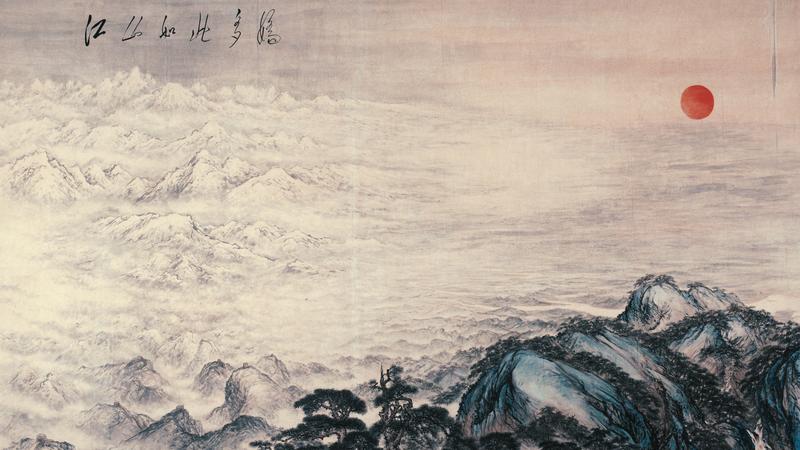 The 9-meter-long inkbrush painting, Jiangshan Ruci Duojiao (How Beautiful the Motherland Looks) is undoubtedly the best known work of Guan Shanyue (1912-2000). The painter from Guangdong province co-produced the grand landscape with art master Fu Baoshi (1904-65) in 1959, after being inspired by one of Mao Zedong's poems. And it bears its title in calligraphic hand writing of the late chairman.

The painting was a State commission to decorate the newly built Great Hall of the People. And even today, it hangs in one of the meeting rooms of the grand building.

But one painting is not enough to get a comprehensive overview of Guan's accomplishments.

It needs an exhibition.

And the National Museum of China is holding one, Infinite Ranges of Mountains, which traces Guan's evolution from a young talent in the 1930s to a mature artist who still painted in his last days. 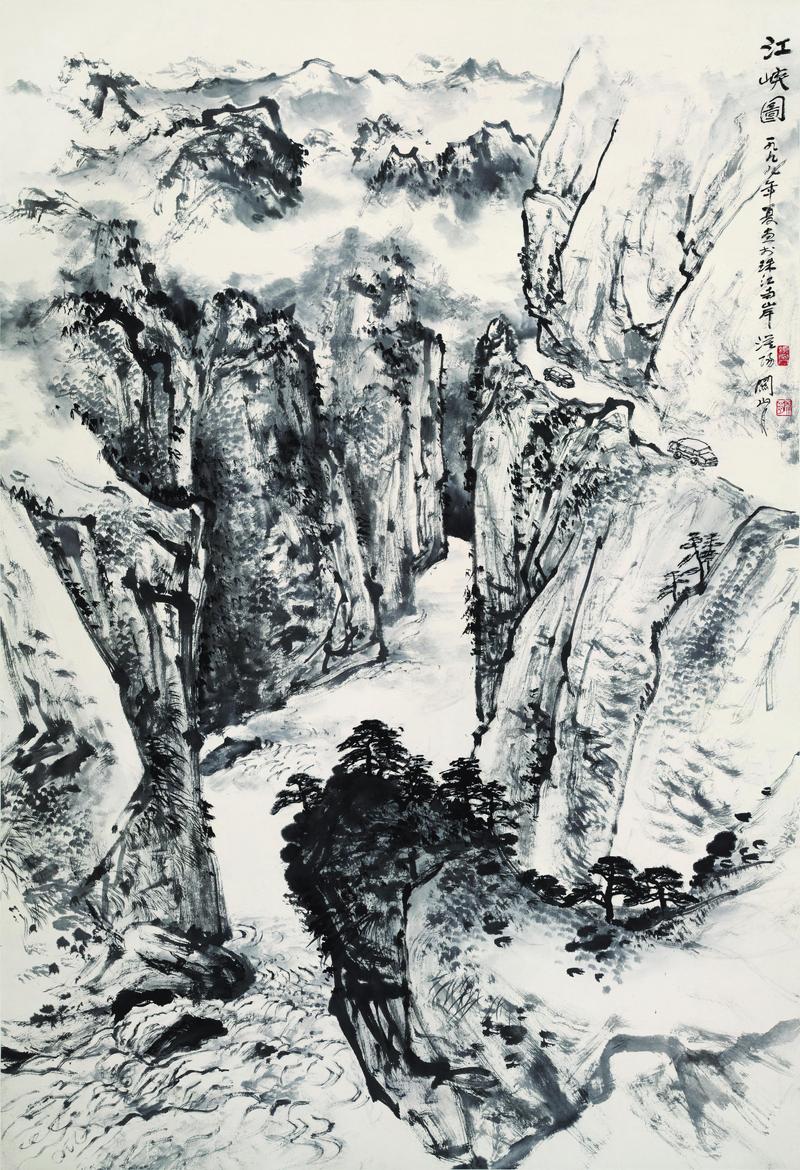 The ink-brush paintings are among the works by Guan Shanyue on show at the ongoing exhibition 'Infinite Ranges of Mountains' at the National Museum of China in Beijing. (PHOTO PROVIDED TO CHINA DAILY)

Three years before he died, Guan donated some 870 of his paintings and calligraphic works to the city of Shenzhen, in Guangdong province.

Then, based on the donation an art gallery named after him was built.

The bulk of the works at the Beijing event are from the gallery's collection.

The rest are on loan from five museums and cultural institutions in Guangdong, making the current show a rare collection of Guan's output from different periods of time. 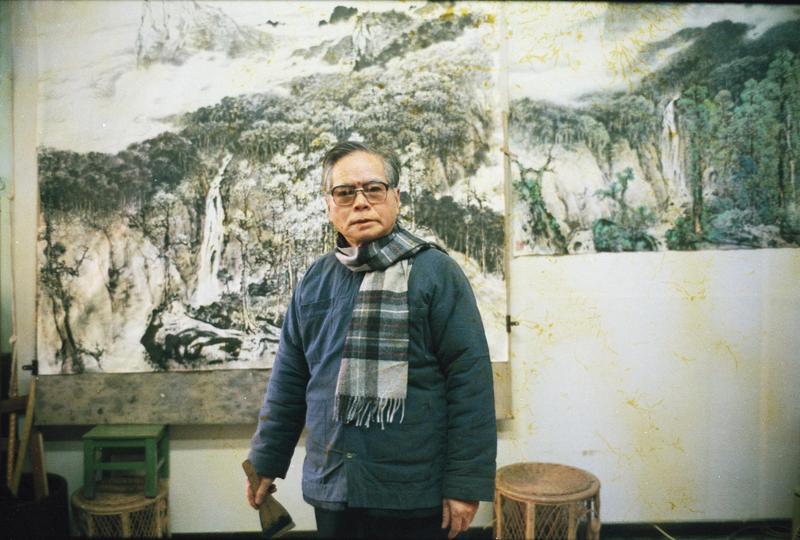 Li Jingkun, deputy chairman of the Guangdong Artists Association, says that at the heart of the creations by Guan, and many artists of his time, is an unconcealed expression of emotion.

"He zoomed in on the daily life of the common people, and was sensitive to how they felt and what kind of art could comfort them. He was one of them, from the bottom of society," says Li. "This allowed him to innovate on classic Chinese paintings, and his landscapes like Jiangshan Ruci Duojiao created a buzz in the second half of the 20th century."

Guan Yi, founder of the Guangzhou-based Guan Shanyue Arts Foundation, says that one can't separate the development of Guan's style from the nourishment he received at the Chunshui Studio that was opened by Gao Jianfu, his mentor and the leader of the Lingnan Painting School in Guangzhou, in the early 1930s.

She says the painter caught Gao's attention when he attended an art course by him at Sun Yat-sen University, and showed the artist his paintings.

"Guan was then a poor primary school teacher. He couldn't afford the fees at Chunshui Studio," she says. "So, Gao took him in for free and even provided him with accommodation." 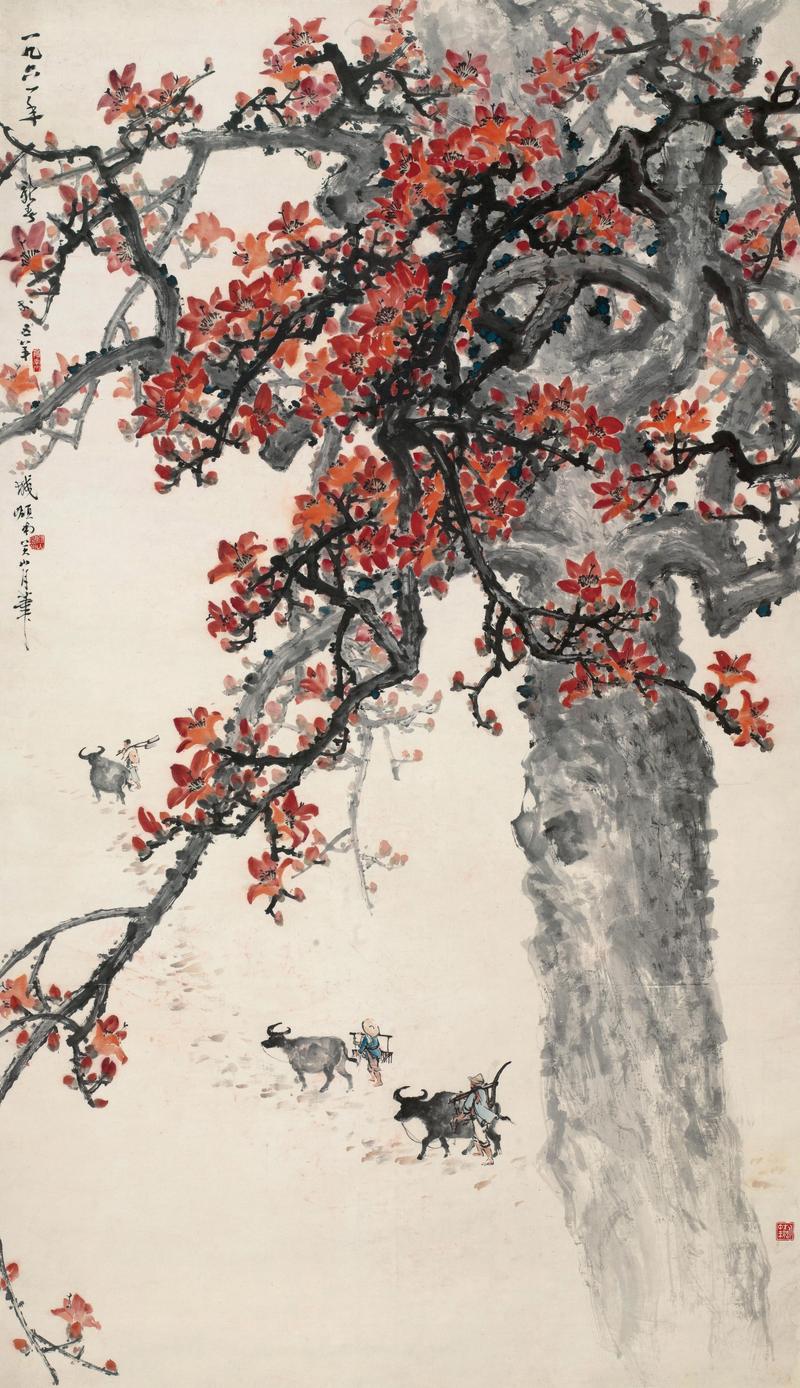 The ink-brush paintings are among the works by Guan Shanyue on show at the ongoing exhibition Infinite Ranges of Mountains at the National Museum of China in Beijing. (PHOTO PROVIDED TO CHINA DAILY)

Gao and other Lingnan school painters endeavored to revitalize the classic painting style to be a "new national art of realism", focusing on the realities of ordinary people.

His paintings at the current exhibition show his pursuit to always put people's agonies and happiness at the center of his creations.

For example, during the War of Resistance Against Japanese Aggression (1931-45), he traveled a lot and his ink-brush paintings, done in his studio, showed the plight of war victims.

In Fate of Invaders, one of the paintings on display, Guan depicts a tragic snowy scene after a heated battle: Two vultures are on a tree branch and below them a helmet of a Japanese soldier dangles on a wire fence.

Speaking about the work, art critic Xue Yongnian says: "He didn't directly portray a battle. He took a poetic approach to what his people were suffering and to tell people that the invaders were bound to surrender." 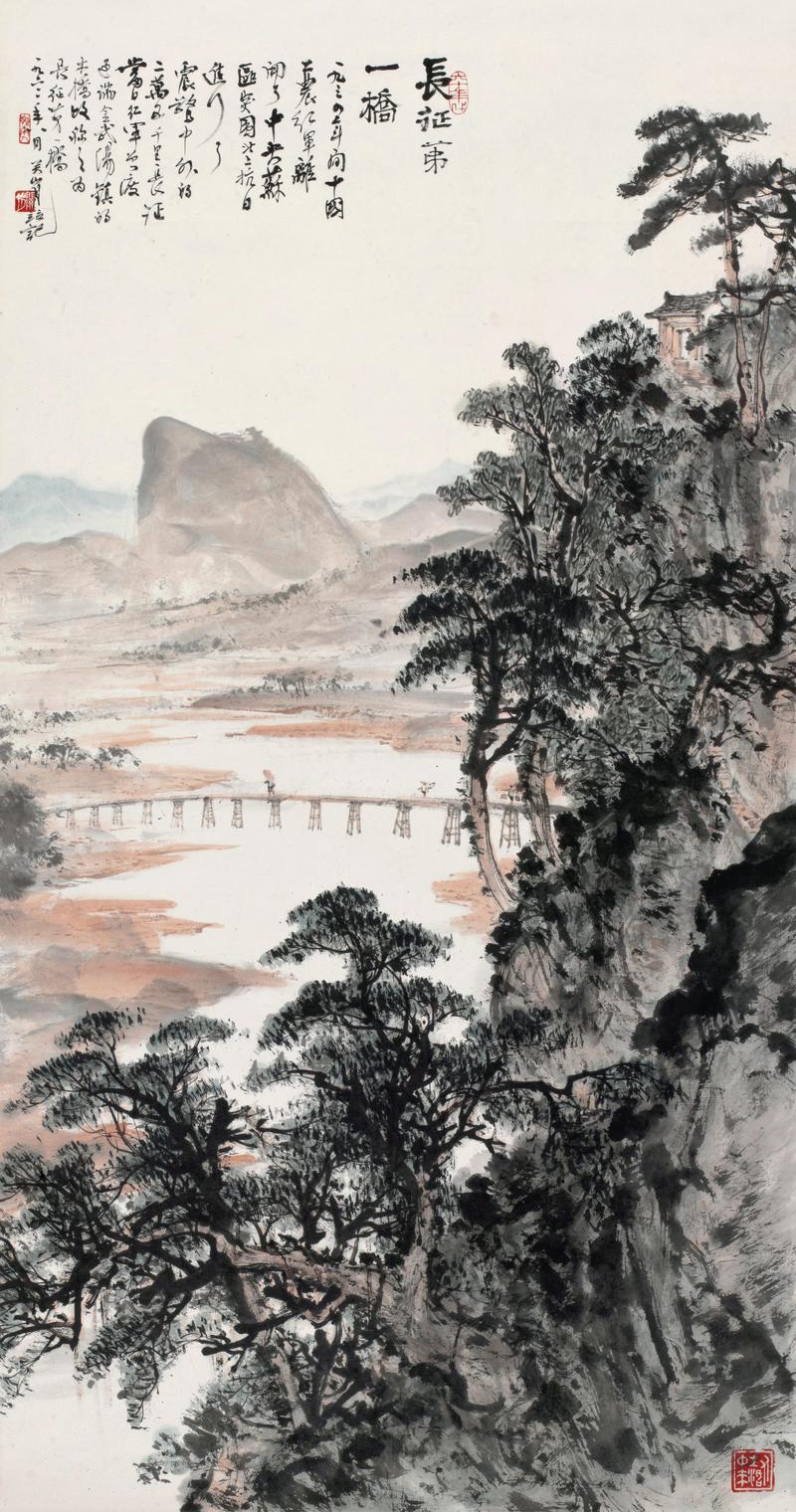 The ink-brush paintings are among the works by Guan Shanyue on show at the ongoing exhibition Infinite Ranges of Mountains at the National Museum of China in Beijing. (PHOTO PROVIDED TO CHINA DAILY)

Guan Yi says the painter often packed his war paintings in a bag and carried with him whenever he traveled, so that he could exhibit them.

After the foundation of New China in 1949, Guan traveled extensively so that he could "confront" the changing landscape of the country and the new life of people.

Among his many paintings showing the country's progress are four similar paintings all titled Green Great Wall in the 1970s.

The paintings show stretches of trees along the coast of southern China to prevent windstorms.

One of the four paintings is now on show.

Xue says that in this work Guan hailed the idea that the progress could be achieved only when people knew how to be in harmony with nature.