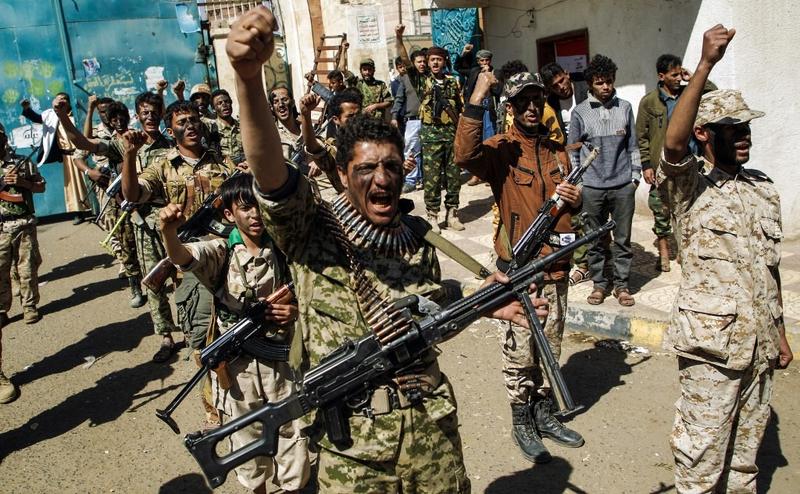 A Houthi spokesman, Mohammed Abdel-Salam, said the attack was in response to Saudi Arabia's "continued aggression and blockade on Yemen"

Though there were no fatalities, it was the largest number of civilians to be injured in Saudi Arabia as a result of an attack by the rebels, known as Houthis, since the start of the Saudi-led war in Yemen more than four years ago.

The rebels' Al-Masirah satellite news channel said the missile hit its intended target, halting air traffic at the airport in the town of Abha in the kingdom's southwest, near the Saudi-Yemen border. The war in Yemen, the Arab world's poorest country, has killed tens of thousands of civilians, with most of those deaths blamed on Saudi-led coalition airstrikes, and pushed Yemen to the brink of famine.

Saudi coalition spokesman Turki al-Maliki was quoted on the state-run Al-Ekhabirya news channel as saying three women and two children were among those hurt and that eight people were hospitalized while 18 sustained minor injuries. He did not disclose the nationalities of the injured in the attack, which struck the airport's arrivals hall. 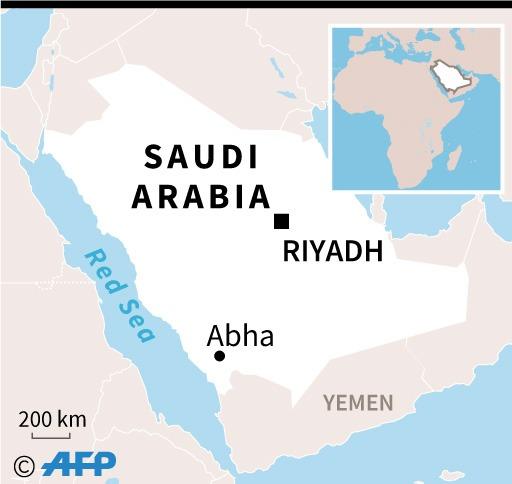 This AFP graphic shows a map locating Abha, in Saudi Arabia, where 26 people were wounded in a Houthi missile attack on the airport.

The Saudi military was working to determine what kind of projectile was used by the Houthis, al-Maliki said, describing it as a terrorist attack.

A Houthi spokesman, Mohammed Abdel-Salam, said the attack was in response to Saudi Arabia's "continued aggression and blockade on Yemen." Earlier in the week, he'd said Houthi attacks on Saudi airports were "the best way to break the blockade" of the airport in Yemen's capital, Sanaa, which was overrun by the Houthis in late 2014.

Another Houthi spokesman, Brig Gen Yahia Sarie was quoted as saying that the missile hit and destroyed the airport's traffic control tower. He said US-made air defense systems were unable to intercept the missile.

The conflicting claims and reports could not immediately be reconciled.

On Tuesday, the Houthis launched drones targeting the southwest Saudi city of Khamis Mushait that is home to an air base. The Saudi military said it "intercepted" two drones launched by the Yemeni rebels. Bomb-laden Houthi drones were also blamed for an attack last month against a key Saudi oil pipeline.

The kingdom has accused its rival Iran of helping arm the Houthis, which Tehran denies.