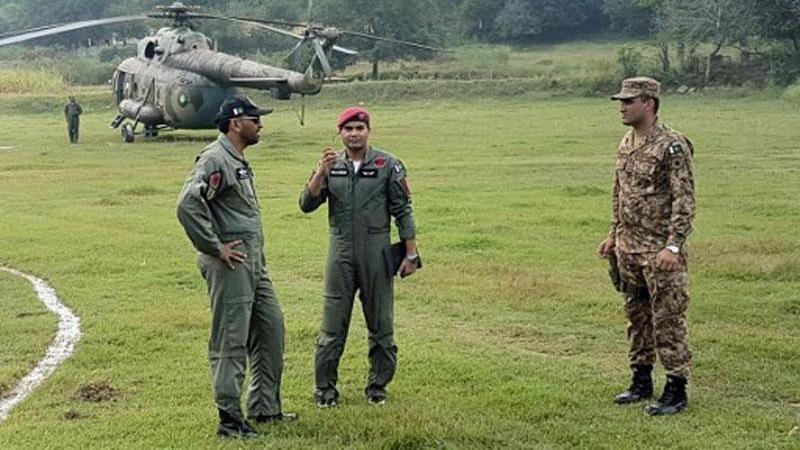 Pakistani troops gather at a village in district Bhimber near the Line of Control (LoC) in Pakistan-administered Kashmir during a media trip organised by the Pakistani army on October 1, 2016. (Issam Ahmed / AFP)

The two sides exchanged fire on LoC in frontier Poonch district, about 185 km southwest of Srinagar city, the summer capital of Indian-controlled Kashmir.

Since the beginning of this year, there has been an increase in firings along LoC

Indian army officials said their side duly retaliated to the firing and gave a befitting reply to Pakistani troops.

"Our troops guarding LoC in the sector retaliated to the shelling," the official said.

According to officials, so far no reports of damage were received from Indian or Pakistani side in Tuesday's exchange.

On Monday, Pakistan military's Inter Services Public Relations (ISPR) in a statement said Indian firing killed a 26-year-old civilian and wounded a woman in Bagsar sector along LoC on their side.

New Delhi and Islamabad accuse each other of resorting to unprovoked firings and violating cease-fire agreements on LoC. And both sides maintain that their troops gave befitting reply to the other side.

Since the beginning of this year, there has been an increase in firings along LoC.