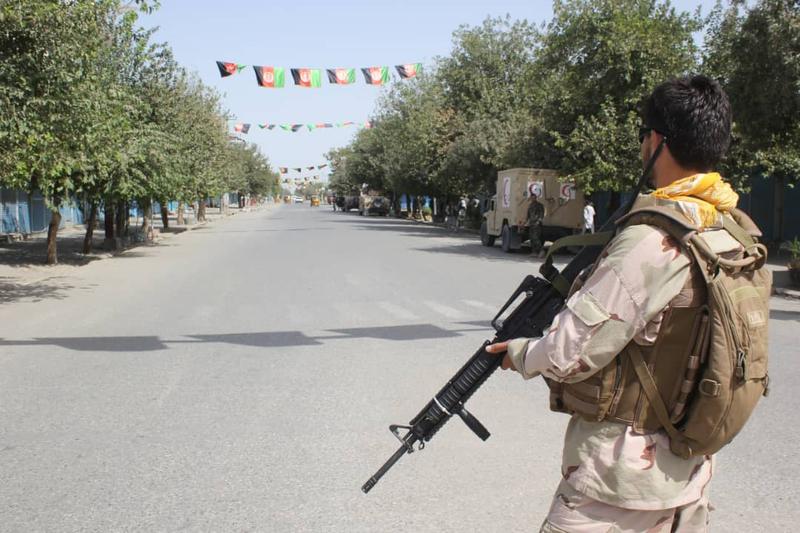 KABUL — Taliban militants launched a major attack in Afghanistan’s western province of Farah on Friday, the latest in a series of assaults on provincial centers just a day after a deadly suicide bombing in Kabul, officials said.

A surge in violence has convulsed Afghanistan despite a draft peace deal struck between the United States and the hardline Islamists for thousands of US troops to pull out of the country in return for various Taliban security promises.

“Taliban fighters are pushing to take over the prison but the security forces are resisting,” Mohib added.

However, there were no immediate reports of casualties among either the Afghan forces or the Taliban.

Main roads were deserted and gunshots could be heard from surrounding areas, said Shah Mohmoud Naeemi, a provincial council member in Farah, which came close to falling to the insurgents last year.

The Taliban also took control of several positions in civilian areas, including a school, although senior security officials in Kabul said Farah was still in government control.

On Thursday, a Taliban suicide blast killed at least 10 civilians and two NATO soldiers in an area near the headquarters of Afghanistan’s international military force and the US embassy in Kabul.

A senior Afghan human rights officer was killed after being kidnapped and killed in a separate incident that Afghan security officials blamed on the Taliban.

Abdul Samad Amiri, the acting head of the Independent Human Rights Commission for the western province of Ghor, was kidnapped while traveling there in a car from Kabul. His body was found on Thursday.

The Taliban have not immediately commented on the killing, which rights group Amnesty International condemned as a “war crime”.

“Even as the Taliban claims to be pursuing peace, it continues to kill people in the most gruesome way,” Samira Hamidi, its South Asia researcher, said in a statement.

“This tragedy underscores the grave dangers that human rights defenders in Afghanistan face.”

The Taliban control or influence roughly half of Afghanistan and are said to be at their strongest since the United States invaded in 2001 and overthrew their government.

Insurgent groups continue to negotiate with the United States and have demanded that all foreign forces leave.

The United States ended its combat role in 2014, although 20,000 US and NATO forces remain. They still train and support Afghan troops fighting the Taliban who fear being left vulnerable if the United States leaves.